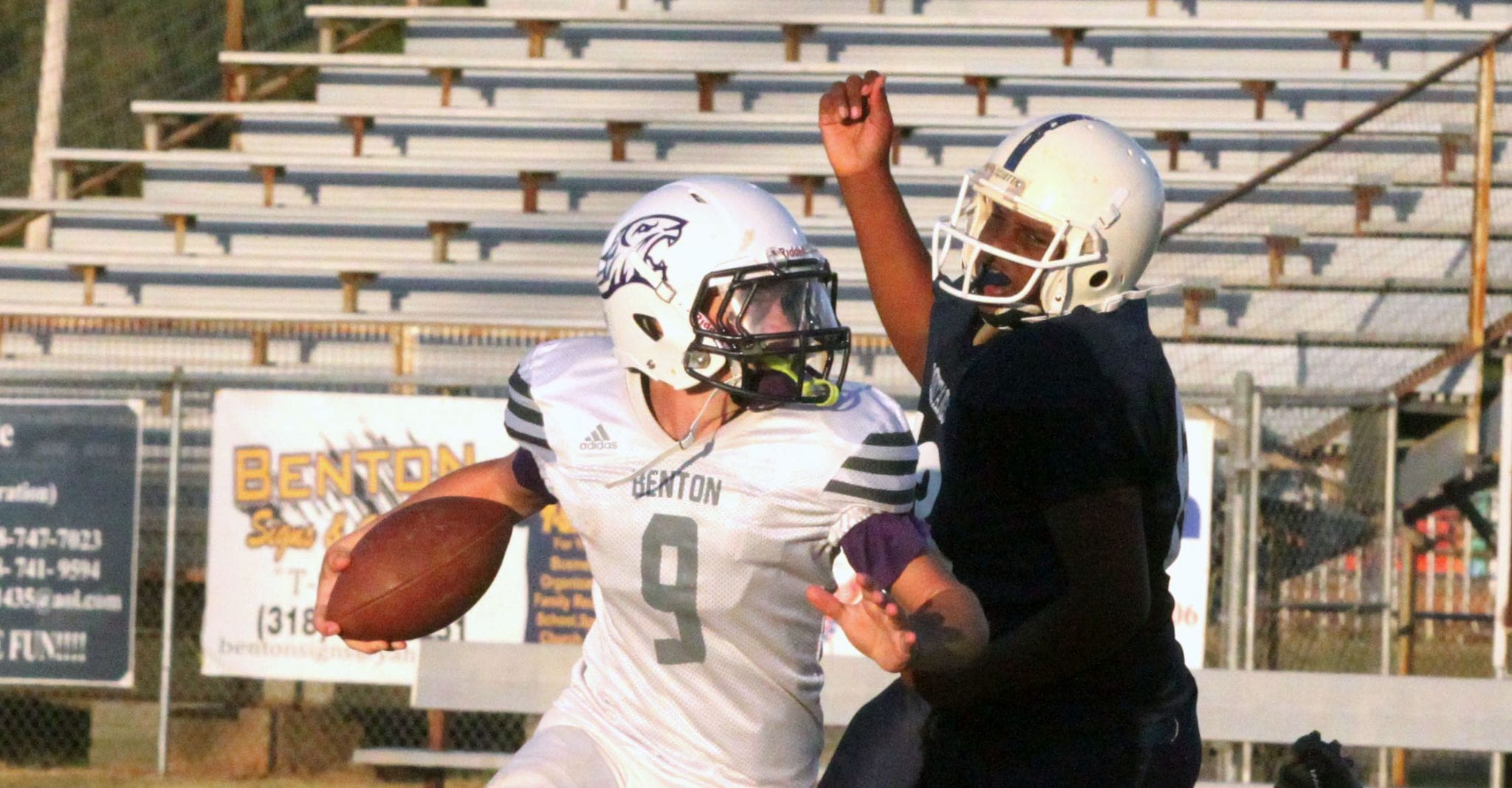 The Cope Cougars and Greenacres Mustangs top the eighth-grade standings at 3-0. In games Tuesday, Cope downed Elm Grove 30-0 and Greenacres edged Benton 14-8. In the other game, Haughton dropped Rusheon 34-0.

Greenacres and Cope face off Tuesday at Airline Stadium with the district lead on the line.

The Elm Grove Eagles and Benton Tigers are tied for first in the seventh-grade district at 3-0. In games Tuesday, Elm Grove downed Cope 36-0 and Benton got past Greenacres 36-20. In the other game, Haughton defeated Rusheon 22-8.

At Airline Stadium, Cope piled up 351 yards total offense in the eighth-grade victory.

Thomas Williams rushed for 154 yards on 14 carries and scored touchdowns on runs of 54 and 11 yards.

Bryan Marshall rushed for 119 yards on just three carries thanks to touchdown runs of 55 and 64 yards. He also had one reception for 36 yards.

Brandon Hammett had two sacks for 19 yards in losses.

Gabe Larry scored two touchdowns and passed for another to lead the Elm Grove seventh-grade squad to the victory.

At Benton, Nick Vesek blocked a punt and Donnie Dunn picked up and fumble and returned it for a touchdown in Greenacres’ hard-fought eighth-grade victory.

Frank Hamilton scored a rushing touchdown and a conversion.

Ashur Hall scored two touchdowns in Benton’s seventh-grade victory, including one on a 20-yard run.

Clint Lassiter returned an interception 67 yards for a touchdown. He also had a long run on the Tigers’ first TD drive capped by a quarterback sneak by Todd Dominick. Dominick also had a 15-yard run on the drive.

Owen Wainscott scored the second touchdown on an 11-yard run.

Deveon Carley and JaQuarious Rabon had some good runs for Greenacres. A nice pass completion set up a Rabon TD run in the third quarter.

Sweeney also ran for a touchdown and conversion. Keyshawn Davis and Christian Davis each had TD runs. Caleb Green made two extra-point kicks.

Peyton Stovall tossed three touchdown passes in the Bucs’ seventh-grade victory. Gage East was on the receiving end of two of them and Jack Edwards caught the other. Coaches said Cade Ostermeyer and Jeb Spinney played well on defense.

Note: The above report is based on information received from coaches.