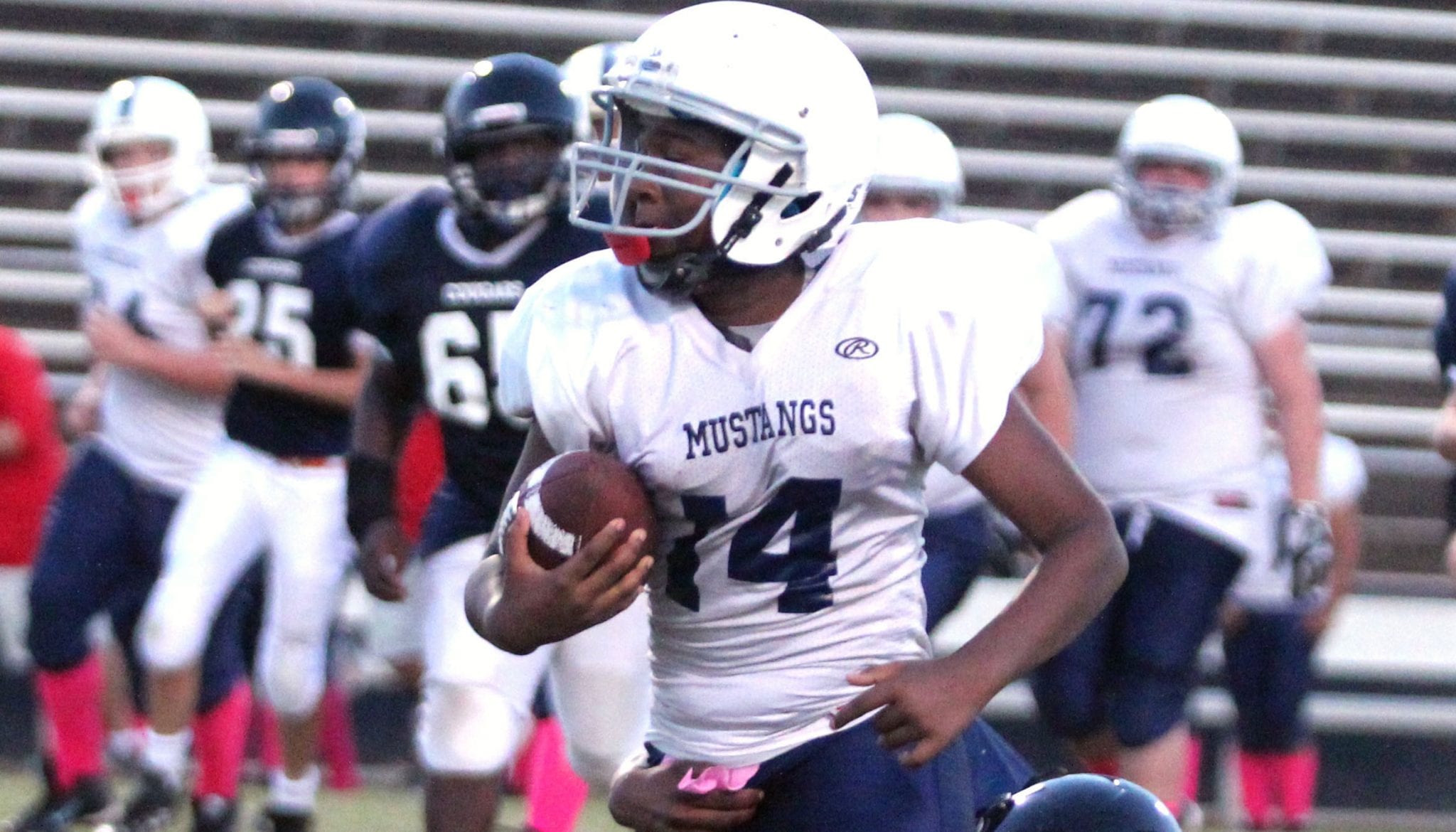 The Bossier Parish middle school district football season closed Tuesday with ties at the top of the seventh- and eighth-grade standings.

At Haughton, Evan Cole completed an outstanding season with 102 yards rushing and two touchdowns in Benton’s seventh-grade victory. He also had 56 yards receiving and caught a TD pass from Caleb Cassidy.

Cassidy completed nine of 12 passes for 167 yards and three touchdowns. He also threw a pass to Davis Sellers for a two-point conversion.

Haughton finished 3-2 in district play, one game behind Benton and Greenacres.

Peyton Stovall passed to Jack Edwards for a touchdown and a two-point conversion in overtime to lift the Haughton eighth-graders to the dramatic victory.

Logan Wilkerson and Dylan Turner had good games on both sides of the ball.

Dustin Phillips helped the Bucs’ cause with 63 yards rushing.

Jake St. Andre led the defense with 12 tackles. Jamarcus Richardson had eight. Demareya Howard and Jordan Duty had six each.

Carter Griffin and Jayden Osborn each recovered fumbles. Keshun English had an interception.

Benton’s Clint Lasiter, who also had an outstanding middle school career, completed 10 of 19 passes for 123 yards and two touchdowns. He also rushed for 61 yards on nine carries, including a 12-yard touchdown run.

Ashur Hall completed an outstanding season with 21 carries for 91 yards, including a 6-yard touchdown run. He also caught seven passes for 43 yards, including a 14-yard score. Defensively, he had two sacks and seven total tackles.

Jackson Illingsworth scored the Tigers’ touchdown in overtime on a 9-yard pass from Lasiter.

Cade Waits and Brock VanHoy were outstanding on the offensive and defensive lines. The Benton secondary also played well.

At Airline, Greenacres’ Gavin Ashworth scored the tying touchdown on a run around right end, going head over heels into the end zone with 16 seconds left in the game.

Ashworth then ran in the two-point conversion. Jaden Miller also scored a touchdown for Greenacres.

Gordon scored the Eagles’ final touchdown from 5 yards out with only about a minute left in the game. He also had a 12-yard TD run in the second half.

James Jordan raced 65 yards for a touchdown on Elm Grove’s first possession of the game. He finished with 125 yards on the ground.

Elm Grove finished 6-2 overall and 3-2 in district, tying with Haughton for third.

He hit Quincey Jones for 55 yards and Brady Norcross for 30.

Dariousz Patterson intercepted his third pass of the season and returned it 40 yards for a touchdown. Brady Norcross went 40 yards for Elm Grove’s final score.

Kicker Luis Espino, who had an impressive season, made three of four extra-point attempts. Connor Norcross rushed for 50 yards.

Elm Grove finished 3-2 in district, one game behind Benton and Haughton.

NOTE: The above report is based on information provided by coaches. It will be updated when more information is received.