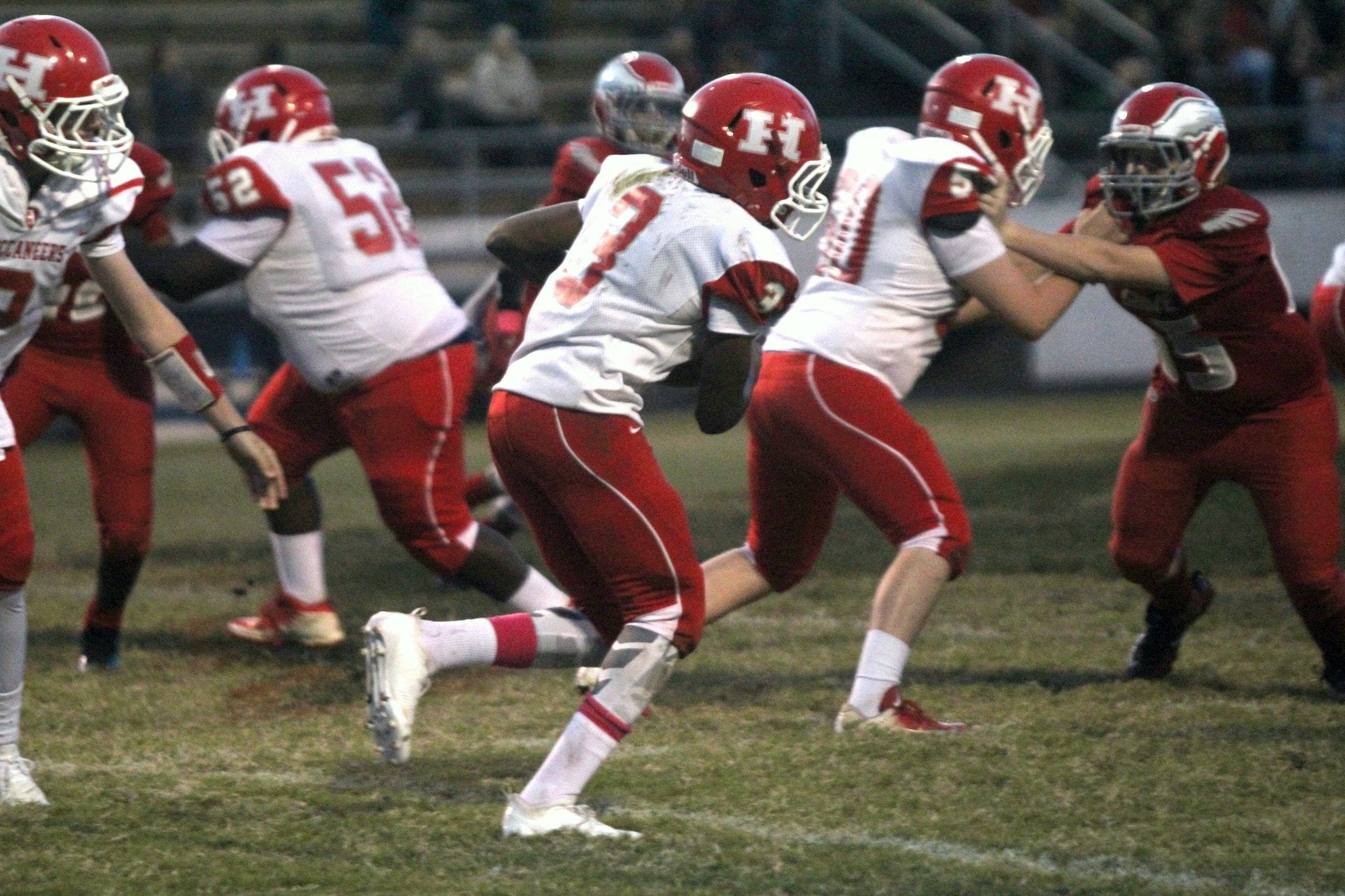 The Bucs defeated Elm Grove 38-12 on Tuesday and Greenacres 42-16 on Thursday.

Haughton can win the title outright with a victory over Cope (4-1, 2-1) at M.D. Ray Field at Airline Stadium this Tuesday. Cope, which suffered its first loss to Benton 32-22 last Tuesday, can move into a tie for first in the loss column with a victory. The Cougars have a makeup game against Elm Grove on Nov. 6.

Douglas, Lawson Moock, Jakendrick Delaney, Bryson Hinkie and Tristan Santoro led an outstanding effort by the first-team defense, which didn’t give up a score.

Justin Epps, who ran for 80 yards, punched in the two-point conversion. Vascocu also connected with Chavez for another long gain, finishing with 120 yards, most of which were to Chavez.

The Greenacres defense made some big plays in the Mustangs’ seventh-grade victory.

A long fumble return by Jaxon Graham set up a touchdown pass from Roland Wilkinson to Graham.

Le’Brandon Davis forced a fumble and recovered it. La’Darius Epps had an interception. Both plays stopped promising Haughton first-half drives.

Michael Adler returned a fumble he forced for a touchdown in the second half.

Evan Wendrock ran for an early touchdown with Davis scoring the two-point conversion.

Benton finished the season 5-2 overall and 3-2 in district.

Jakarvis Guice returned a kickoff for a TD. Katerius Norris scored a rushing TD and conversion.

Jordan Doucette had an interception.

Cope rallied from a 16-0 deficit in the seventh-grade game.

Trey Jackson rushed for 186 yards on 26 carries and scored touchdowns on runs of 48 yards and one yard.

Markell Jackson ran 12 yards for a touchdown. He and quarterback Conner McConathy, who threw a two-point conversion pass and ran the offense well, were named the offensive players of the game.

Markell Hampton led the defense with six solo tackles and one assist. Champ Endris had an interception with 47 seconds left to play and two tackles.

Braydin Linton had three solo tackles, including a sack, and one assist. Sincere Walker had four tackles.

Benton closed the season 5-2 overall and 3-2 in district.

At Airline Tuesday, Justin Epps ran for 110 yards and two touchdowns to lead the victorious Greenacres eighth-grade team to the win against North DeSoto.

Alex Vasquez made one of two extra-point kicks.

Defensively, Bullard, Zion Smith, Preston Cooper and Epps were around the ball throughout the game making plays.

Wilkinson completed a 25-yard touchdown pass to Graham in Greenacres’ seventh-grade victory. He also was a standout on defense, returning an interception for a TD.

Graham added a 35-yard TD run on a draw play.

The Mustangs finished the season 5-2.

NOTE: This report is based on information provided by coaches. It will be updated if more information is received.