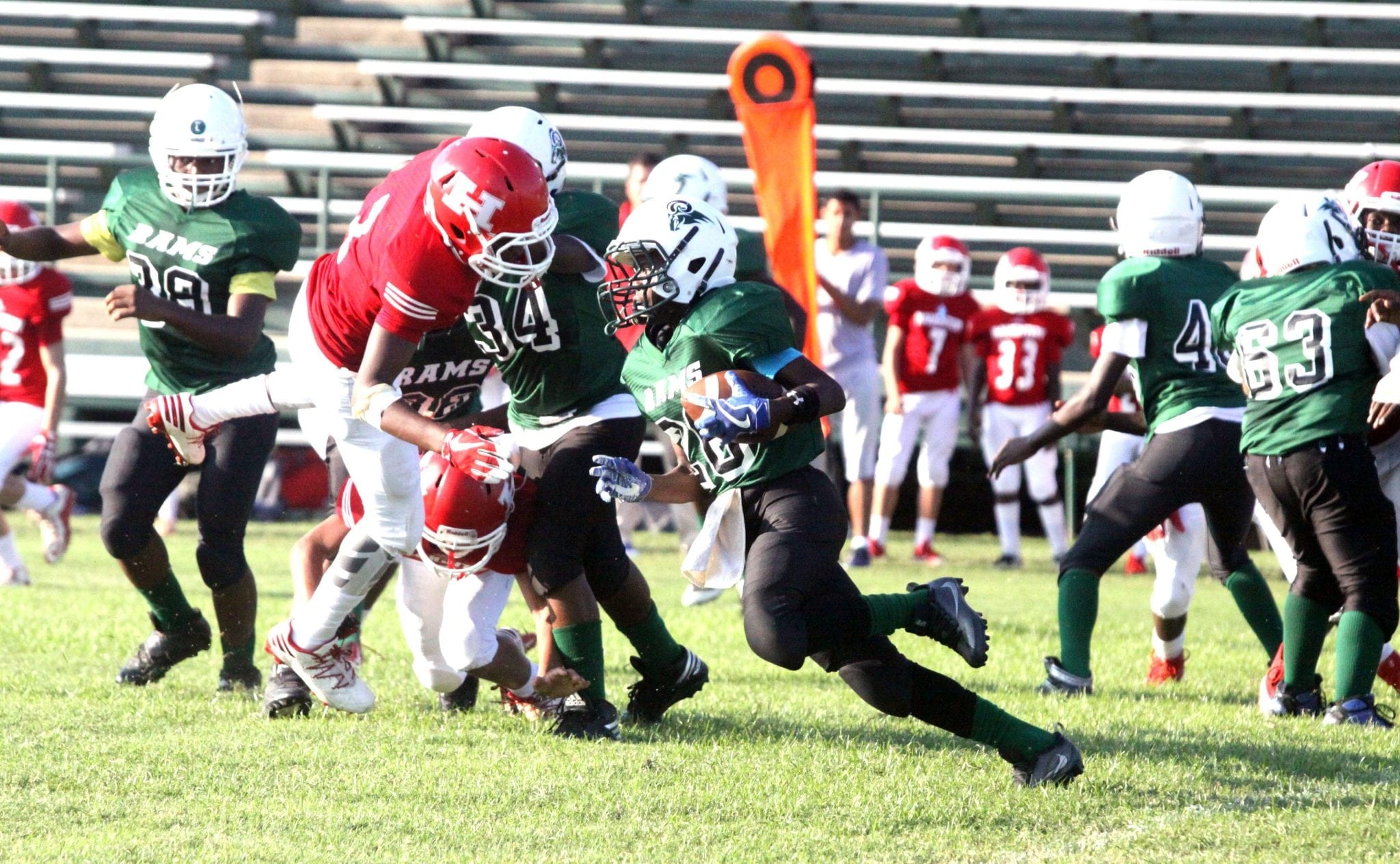 Kye Lehr and Preston Cooper were cited for their defensive play.

Cope rolled up 306 total yards in the eighth-grade victory.

Michael Johnson rushed for 136 yards on nine carries and scored on a 3-yard run. JaRobert Kelly carried 12 times for 107 yards, including a 20-yard touchdown run.

Quazel Ghoston scored on a 10-yard run. Harrison Waxley went into the end zone from five yards out. Tyler Bumgardner scored a conversion.

Coach Ray Smith said the defense did an outstanding job in the second half.

The Cougars controlled the ball for the entire third quarter, using a fake punt to keep the drive alive.

Joseph Manning had an interception with less than two minutes left in the game to seal the victory.

Manning, Chris Griffith and Isiah Perman contributed to the victory with their defensive play.

Greenacres’ Gavin Ashworth tossed three TD passes and passed for more than 200 yards in the first half.

Refeal Edwards, Keon Manning and D.J. Lamette were on the receiving end of the touchdown passes. Manning also caught a two-point conversion pass.

James caught a TD pass from Collin Rains. He also ran in a two-point conversion.

Richmond ended the game with a 10-yard run in overtime after Detrick Clayborn intercepted a North DeSoto pass. Clayborn had two picks in the game.

Tahj Simoneaux had an interception.

“Tanner Kirkland commanded the huddle under center and made great decisions while leading the offense,” coach Terrence Smith said.

Smith also cited the play of both the offensive and defensive lines.

White, who gained 71 yards on six carries, scored on a 48-yard run to tie the game at 20 at the beginning of the third quarter.

He also caught a 30-yard touchdown pass from Eli Harper to give the Eagles the 26-20 lead.

Demontayvious Blackwell recovered a fumble for a touchdown.

North DeSoto got inside the Elm Grove 20 late in the game, but the Eagles defense kept the Griffins out of the end zone.

At Benton, Evan Cole accounted for 126 total yards and made some big plays on defense and special teams in the Tigers’ eighth-grade victory.

He returned the opening kickoff 70 yards for a touchdown and scored a two-point conversion.

Defensively, Cole had six tackles and an interception.

Caleb Cassidy ran for touchdowns of two and 10 yards and passed 24 yards for one.

Davis Sellers caught a 30-yard pass that set up a touchdown. Jaden Miller had two catches, including the TD.

Colby Leeper returned a kickoff 63 yards for a TD.

Ron Levi had an interception that set up a touchdown, a 31-yard run by Brian Williams. Walters passed to Tyler Trotter for the two-point conversion.

NOTE: The above report is based on information received from coaches. It will be updated if more information is received.