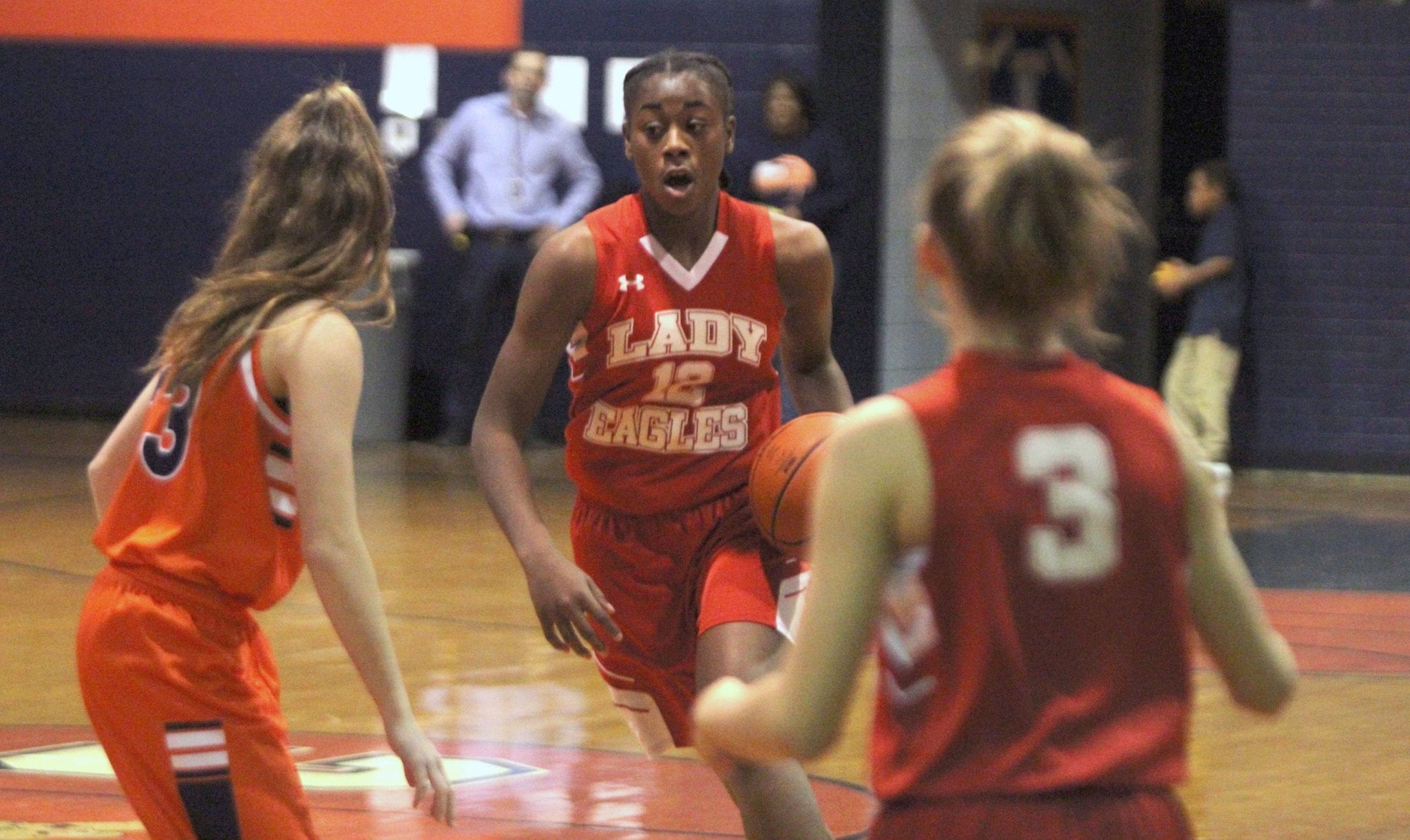 In other games, Rusheon swept Haughton and Benton swept Greenacres.

Williams and the Lady Eagles are 19-0 over the last two seasons.

Chloe Larry, who is also having a great season, tossed in 15 points to lead the Elm Grove seventh-grade squad. Jayla James also contributed to the victory with her scoring.

At Rusheon, Tylissa Henderson poured in 17 points in the Lady Rams’ 33-23 eighth-grade victory over the Lady Bucs.

Benton had balanced scoring in its 24-17 eighth-grade victory over Greenacres. Tate Sellers scored six. Lauren Hall and Marissa Schoth had four each.

Sellers led the Lady Tigers in rebounding. Schoth was also cited for her defensive effort. Danielle Colemon contributed to the victory with her all-around play.

Brelee Nichols, Kennedy Williams and Reese Ashley combined for all of Benton’s points in the Lady Tigers’ hard-fought 12-9 seventh-grade victory.

Williams, who had an outstanding all-around game, and Emma Hollingsworth led the team in rebounding. Nichols was a defensive standout.