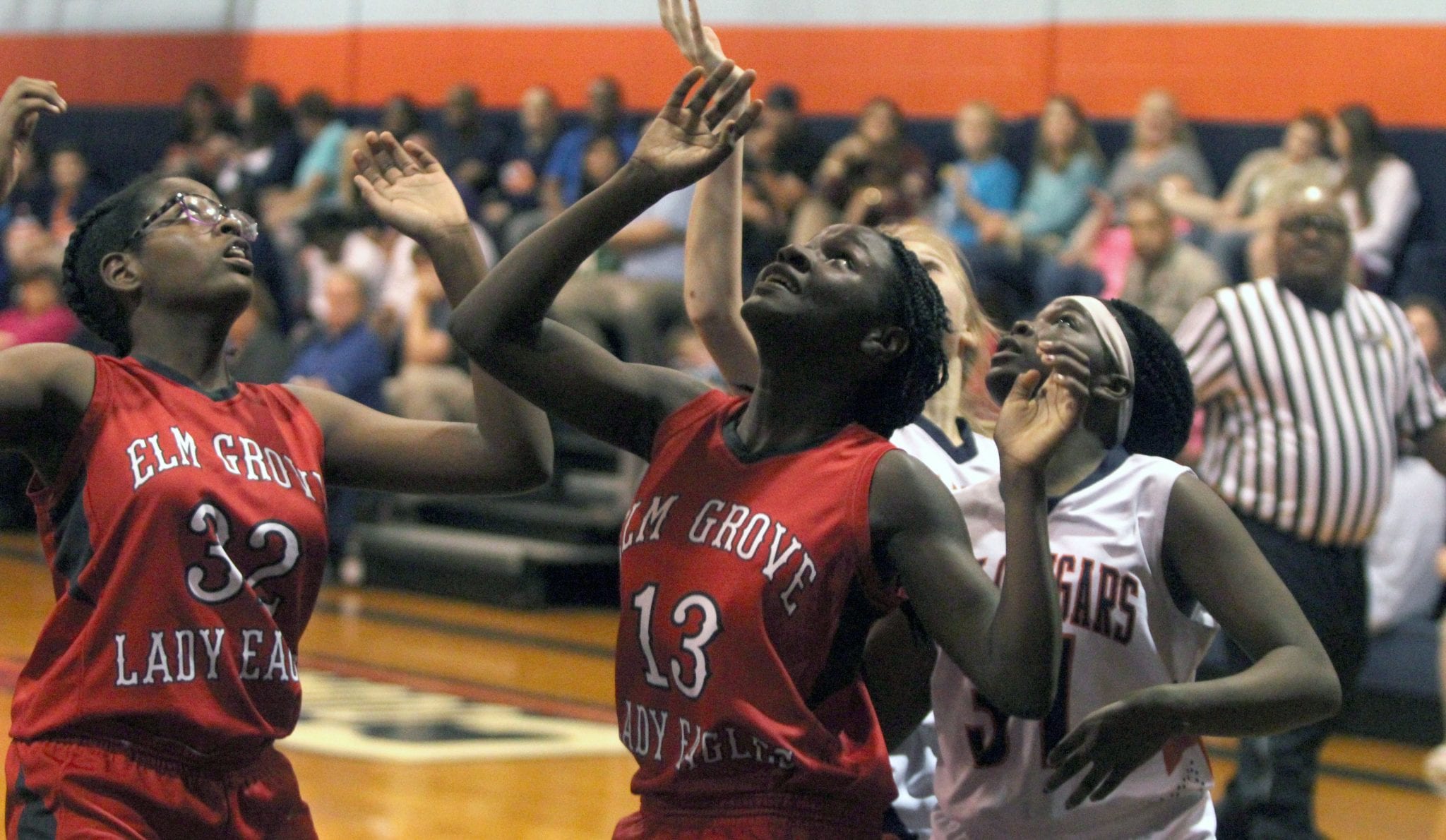 Elm Grove edged Greenacres 26-21 to improve to 9-0 in the eighth-grade district with one game to play.

Haughton, which defeated Cope, is second at 7-2. In the other eighth-grade game, Benton downed Rusheon 36-18.

Cope downed Haughton 39-26 to improve to 9-0 in the seventh-grade district with one game left.

Benton, which defeated Rusheon, and Haughton are tied for second at 6-3. In the other seventh-grade game, Elm Grove slipped past Greenacres 22-20.

Brooklynn Bockhaus and Averi Phillips were cited for their defensive play.

Cha’Kendall Wyatt topped Greenacres with 18 points. The Lady Mustangs rallied from a big deficit in the fourth quarter.

At Rusheon, Jada Anderson had another double-double for the victorious Benton eighth-grade team, scoring 14 points and grabbing 14 rebounds.

Truitt and Shanice Simpson were cited for their defensive play.

Tahlor Walker and Ella Kate Malley led the Benton seventh-grade team to the victory with 10 and eight points, respectively.

Molly Machen and Kennedy Stevens were cited for their defensive play.