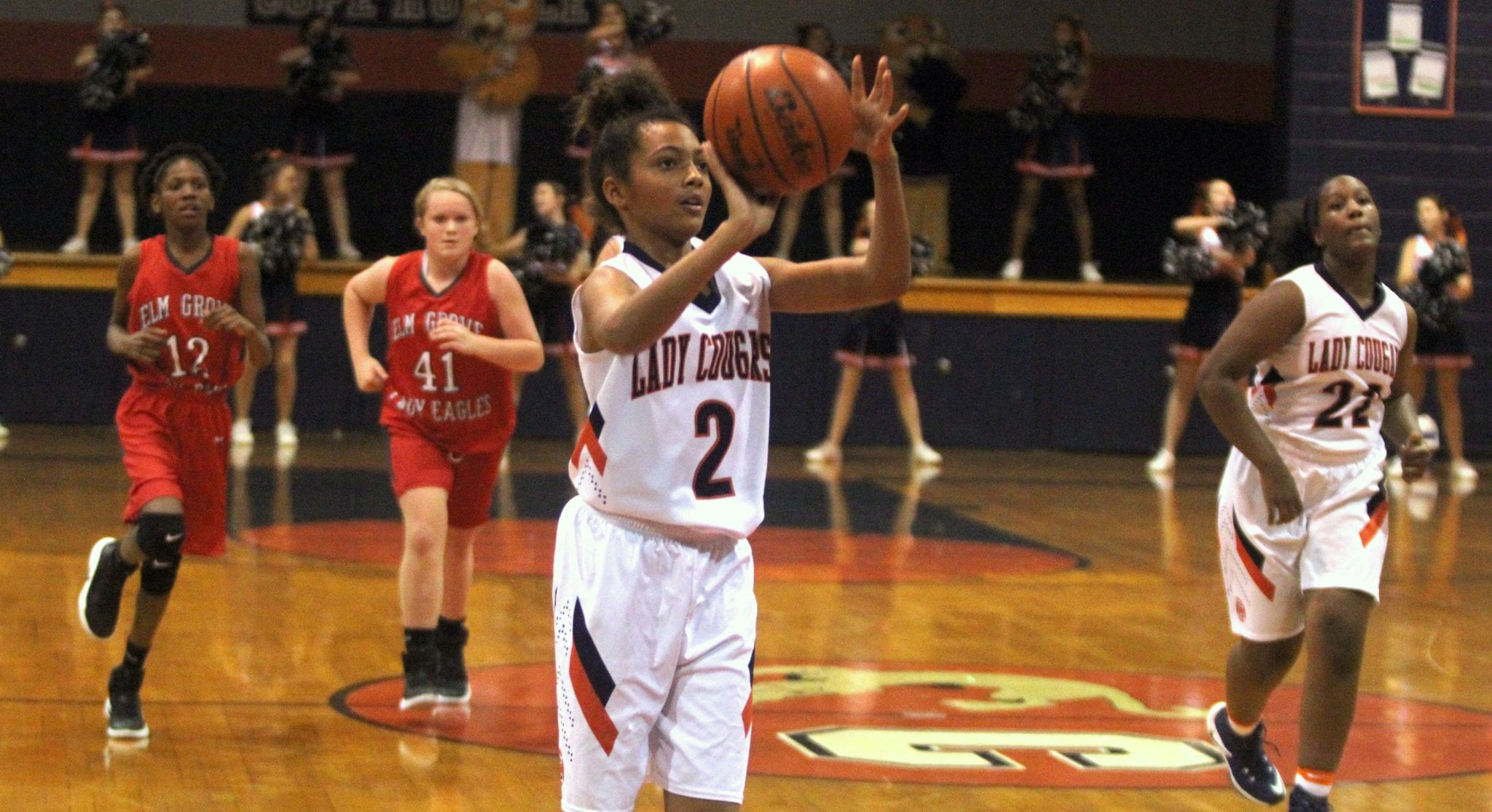 Elm Grove downed Rusheon 41-26 to improve to 8-0 in the eighth-grade district. The Lady Eagles can clinch the title with a victory over Greenacres at home Monday.

Haughton, which defeated Benton 31-23, is in second at 6-2. In the other eighth-grade game Greenacres downed Cope 33-21.

Cope improved to 8-0 in the seventh-grade district with a 37-20 victory over Greenacres. The Lady Cougars can clinch the title with a victory at Haughton Monday.

Haughton took sole possession of second place with a close 19-16 win over Benton. In the other seventh-grade game, Elm Grove defeated Rusheon.

At Greenacres, Shanterrica Jones scored 10 points and Toria Brocks eight to lead the Lady Mustangs eighth-grade team to the victory.

At Benton, Taralyn Sweeney poured in 21 points to lead Haughton to the eighth-grade victory.

Benton’s Jada Anderson had a double-double with 21 points and 11 rebounds. Skyler Smith had six rebounds. Shanice Simpson was cited for her defensive play.

Haughton rallied from a 5-point halftime deficit to win the seventh-grade game.

The Lady Bucs had balanced scoring. Averi Phillips led the way with six points. Janavia Smith and Ne’Kel Brewer had four each.

NOTE: The above report is based on information provided by coaches. It will be updated when and if more information is received.