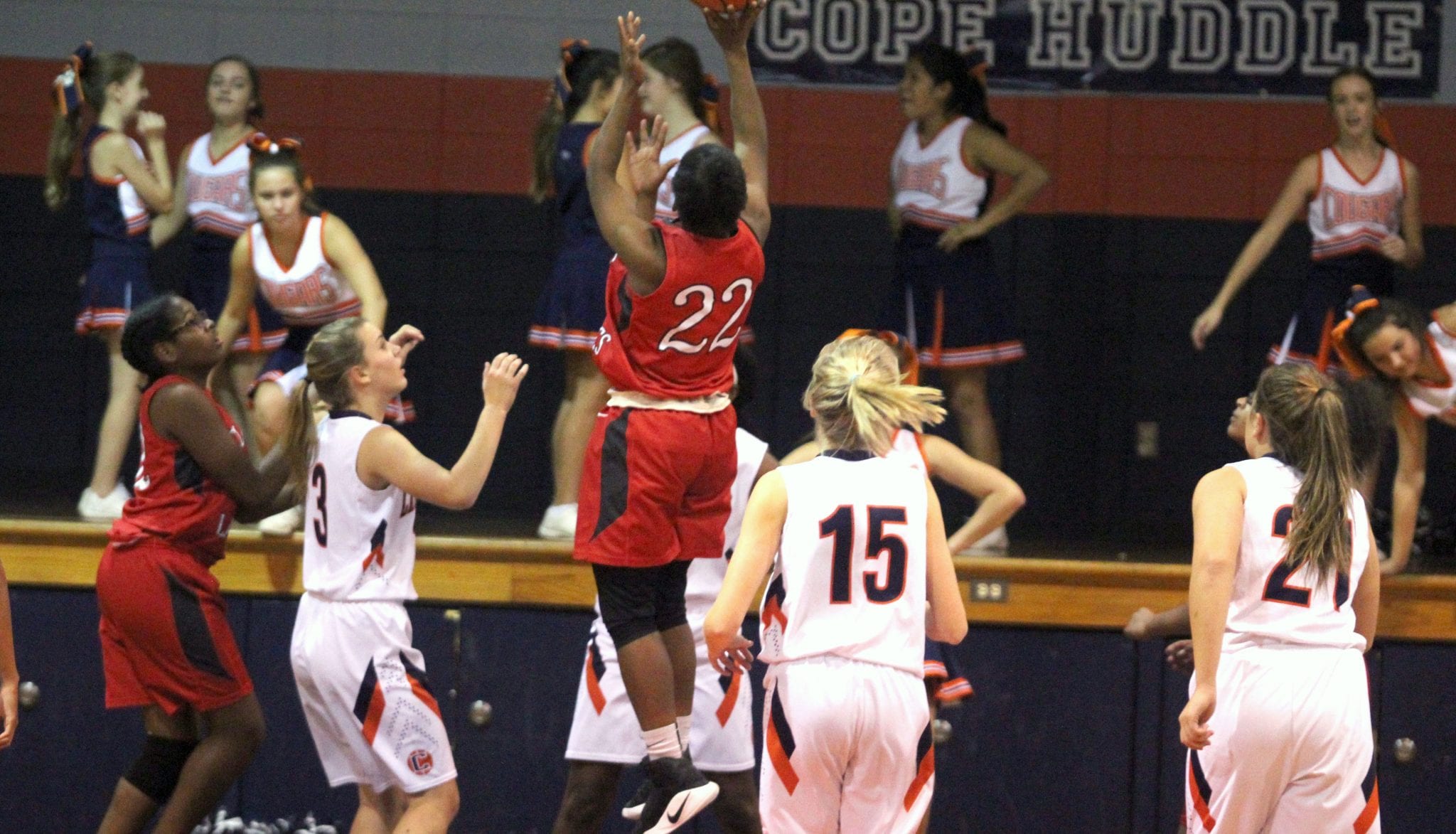 Elm Grove improved to 7-0 in the eighth-grade district with a 31-16 victory over Cope Monday. The Lady Eagles have a two-game lead with three to play and can clinch a share of the title with a victory over Rusheon at home Thursday.

In the other eighth-grade games Monday, Greenacres slipped past Benton 28-24 and Haughton got past Rusheon 43-37.

Cope defeated a scrappy Elm Grove team 35-29, improving to 7-0 in the seventh-grade district. The Lady Cougars have a two-game lead with three to play and can clinch a share of the title with a victory at Greenacres Thursday.

Benton and Haughton are tied for second at 5-2.

In the other seventh-grade games, Benton nipped Greenacres 25-24 in overtime and Haughton defeated Rusheon.

Myrikal Brown and Elizabeth Gatti score four each for Cope.

Cope led for most of the seventh-grade game, building a 19-12 halftime lead. Elm Grove got within three in the fourth quarter. The Lady Cougars’ press helped them preserve the victory.

At Benton, Toria Brocks and Ainsley Ross tossed in eight points each to lead the victorious Greenacres eighth-grade team.

Jada Anderson led Benton with 20 points. She also had 11 rebounds for a double-double.

Ella Kate Malley scored all four of her points in overtime, including the game-winner with 15 seconds left. She also led the Lady Tigers with eight rebounds.

Cha’Kendell Wyatt, who led Greenacres with 16 points, had a three-point play to give the Lady Mustangs a 3-point lead late in the game.

At Rusheon, Taralyn Sweeney had another big game for the victorious Haughton eighth-grade team, tossing in 23 points.

Averi Phillips and Brooklynn Bockhaus led the Haughton seventh-grade team to the victory with eight and seven points, respectively.

Janavia Smith helped the Lady Bucs’ cause with six points.