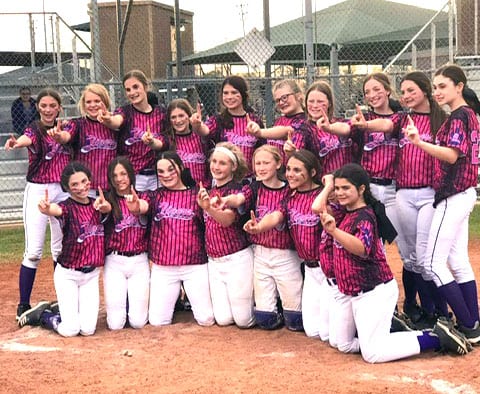 After losing its first district game, Benton won nine in a row to finish 9-1. The Lady Tigers finished 19-4 overall.

Benton rallied behind bunts by Carrigan and Nichols, hits by Livers and Boltinghouse and a three-run home run by Schoth. Defee’s pitching also contributed to the 9-5 victory.

“I told them they were still in the game and they had to take it one pitch at a time and one out at a time and that’s what they did,” Brooks said.

Schoth hit a grand slam home run in the following game against Haughton. Dison, Burns and Livers had hits, and Defee turned in another good pitching performance.

“Today’s games were played by the team I knew they could be,” Brooks said of the wins over Elm Grove and Haughton. “Such good people and solid young athletes.”