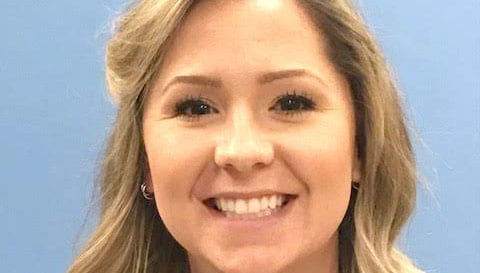 A sports team’s success is, oftentimes, defined by season stats, but numbers do not always reveal the real story.

Three years ago, Sarah Jones was fresh out of college with her education degree in hand. Hired as the girls’ Physical Education Coach at T.O. Rusheon Middle School, Jones admits she had a few reservations, yet was hopeful, eager and ready to work. It was a busy year and the start of a journey that has helped shape, mold and define Jones’ success.

“We utilize coaches a lot here at Rusheon. You aren’t coach of just one thing. Everyone is involved in everything,” Jones explained.

Year one found Jones on the court and in the field helping coach basketball and softball, a sport mostly unfamiliar to the Lady Rams. She vividly remembers the scrimmage game against Benton Middle, where Jones played softball as a student. The Tigers’ coach was the same as when she played ball — Wade Brooks.

“It was super emotional. I was no longer the student, but a coach,” Jones said. “I knew in that moment I had a goal to inspire students like he (Coach Brooks) had me.”

Her second year, danceline was added to Jones’ plate, an addition she called “challenging.” It was not until year three, the current year at hand, that Coach Jones said everything clicked. She was made head softball coach — and she established real relationships with her team members.

“It’s been absolutely amazing this year! I’ve never been more proud to work at Rusheon and with these kids,” Jones exclaimed.

What made this year different? Jones said she had to reach into herself and make adjustments.

Others noticed the transformation, too, including the girls’ spirit and sportsmanship. Jones still gets emotional talking about the moment she learned Brooks had nominated her for Coach of the Year. It is a title she now holds for the 2018-19 school year.

“I’ll never forget the moment I read the email. Just to be nominated, it felt like I scored a home run. He’s been so much of a mentor coach for me,” Coach Jones said.

“I’m totally humbled to be given this title and when my athletes learned about it, they were so excited!”

Though theirs may not be considered by sports pundits as a ‘winning season,’ again, stats do not always tell the story behind the story, especially in the case of the Lady Rams’ softball team.

A s Coach Jones will now tell everyone, “They have a goal. They have ambition. They want to stay in the game.”