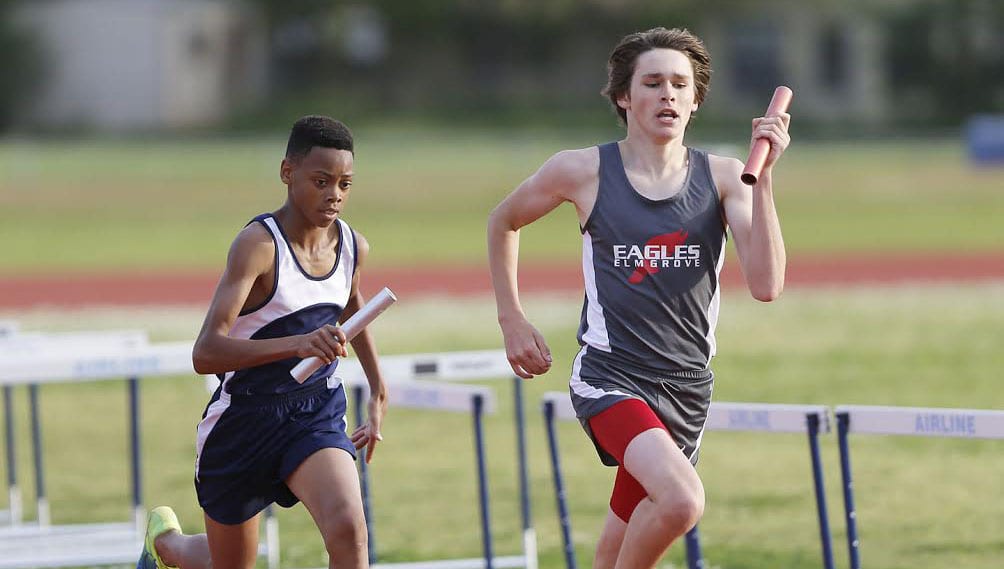 The season wraps up this Tuesday with the district championship meet at Benton.

The girls division was extremely close. Benton scored 114 points to 112 for runner-up Elm Grove. Haughton was third with 76 and Cope fourth with 68.

Benton tallied 122.5 points in the eighth-grade boys division. Haughton was second with 106, Elm Grove third with 87 and Greenacres fourth with 55.5.

Cope scored 104 points in the seventh-grade boys division. Elm Grove was second with 93, Benton third with 89, Greenacres fourth with 59 and Haughton fifth with 50.

Benton’s Jamie Willis won the girls 100 hurdles and long jump for the third straight week. She ran a 15.93 in the hurdles and went 15 feet, 8 inches in the long jump.

Benton’s Isabelle Russell had another impressive time in the 1,600, winning in 5:26.90. She cut about seven seconds off her time in the first meet. Her time Tuesday would’ve been good enough to win the Region I-4A high school meet by about 18 seconds.

Cope’s Mikayla Roberson finished second to Willis in the hurdles in 17.50.

Benton’s Paris Salley captured the shot put with a 34-10, 2-8 farther than Williams.

Cope’s Faith Rush finished second to Williams in the discus with an 83-11.

Cope’s Atum Boyd won the high jump with a 4-7, an inch higher than Williams and Larry.

Ecot was also second in the hurdles to teammate Jesse Normandin. Normandin ran a 15.10, beating Ecot by .47.

Benton’s Cole Latimer took the discus with an impressive heave of 145-3. He was also third in the shot put.

Elm Grove’s Jake Morton won the shot put with a toss of 41-0. Greenacres’ Jae’lon Shumake was second with a 39-9. Morton was also third in the discus.

Elm Grove’s Levy was second to Trotter in the high jump. He and third-place finisher Cameron Cannady of Elm Grove both cleared 4-8.

Benton’s Marc Perry won the high jump with a 4-10 and finished second in the long jump with a 16-8.

The team of Justin Willis, Falting, Hamlet and Achee captured the 4X400 in 4:18.04. The Cope foursome of Sincere Walker, Rodriguez, Qylan Miles and Boudreaux was a close second in 4:18.18.

Greenacres’ Michael Adler won the shot put with a 36-10. Haughton’s Tristan Santoro was second with a 34-5.

The discus competition was close. Benton’s Cody White won with a 107-11. Greenacres’ Carter White was second with a 103-4.

Cope’s Phillip Hughes was second to Perry in the high jump with a 4-9.