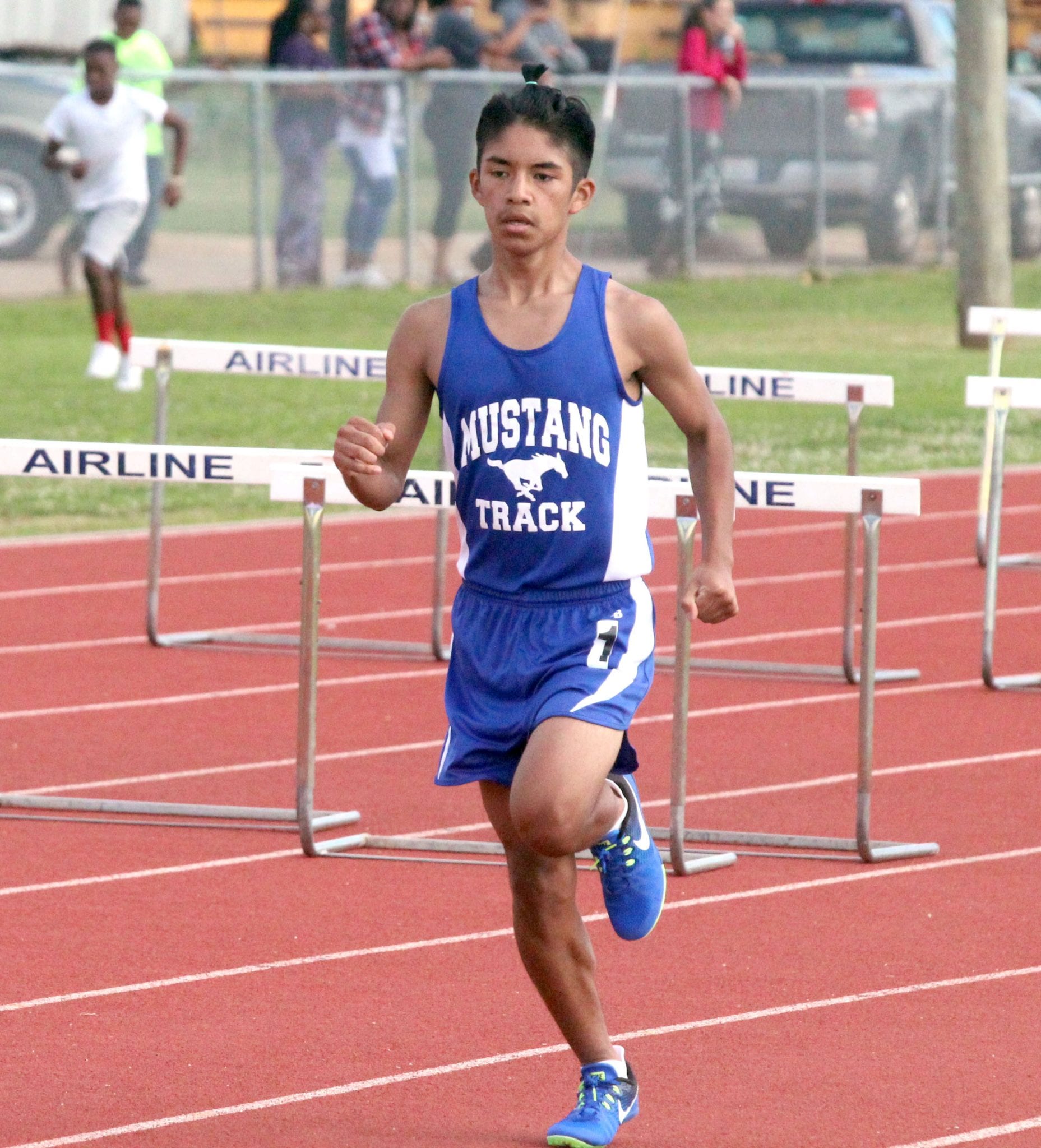 The competition for team titles in the Bossier Parish Middle School District Championships track and field meet on Tuesday at Airline was tight in all three divisions.

In fact, there was one co-championship. Elm Grove and Cope tied for the seventh-grade boys title with 91 points. Benton was just one point back.

Greenacres won the eighth-grade boys division by a single point. The Mustangs scored 98 to 97 for runner-up Benton.

Elm Grove dominated the girls division in the three previous meets this season, but it was close Tuesday. The Lady Eagles scored 114 points, beating runner-up Cope by eight.

The meet was held in very windy conditions with bright afternoon sunlight alternating with cloud cover.

Haughton’s Jiana Stewartburgess was the only double winner in individual events in the girls division. She also finished second in two events.

McKnight set the district record in the 200 with a 26.24 earlier this season.

Greenacres ‘ Shaudria Harvey and McKnight have been battling each other in the 100 all season. Harvey claimed the district title in 12.66, five-hundredths of a second ahed of McKnight.

Benton’s Zoe Roberts took the discus with a toss of 74-4, just two inches farther than runner-up Reagan Jorstad of Haughton.

Greenacres’ Jyson Thomas took the discus with a toss of 116-0, 7-7 feet father than runner-up Zach Haley of Haughton.

Asberry was a winner on the track and in the field. He took the 100 in 11.53, just one-hundredth of a second faster than Cope’s Jordan Harvey. Greenacres’ Jaquarius Rabon was also close in 11.59.

Asberry won the long jump with a 17-9, four inches farther than runner-up Makhi Turner of Greenacres.

Cope’s Devin Bilbo cruised to victory in the 100 hurdles in 14.19. Greenacres’ Alex Garcia was second in 14.96, just one-hundredth of a second faster than Haughton’s Jaden Walton.