Mike Johnson, a constitutional law attorney, announced his candidacy for the newly opened District 8 seat in the Louisiana House of Representatives through social media last week.

The post will be vacated by State Representative Jeff Thompson when he takes the oath as a new state district court judge in January.  A special election to fill the House seat is expected to be held in March, 2015.

Johnson has successfully argued landmark cases defending religious liberty, the sanctity of human life and Louisiana’s right to preserve its traditional definition of marriage, said he is excited about the potential of representing the people of Bossier in the Legislature.

“The next few years in the history of our state and its public policy will be critical, and we stand on the verge of a unique opportunity. With the right leadership and vision, Louisiana can be a standard bearer for the rest of the nation,” Johnson said.  “I look forward to advancing in Baton Rouge the timeless, conservative principles that the people of our area hold dear.” 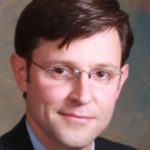 “Mike Johnson is truly effective Christian leader who’s made such a positive impact through his work,” said Vitter.  “I wish him all the best as he undertakes this new challenge on behalf of Louisiana.”

Congressman Fleming echoed that sentiment, saying,  “I’m delighted to endorse Mike for this seat in the Louisiana Legislature.  He’ll bring integrity and thoughtfulness to the key issues facing our state, and work to place the taxpayer above all other interests.  Though a first-time office seeker, Mike is a proven Christian conservative through his many years of legal work for Louisiana values.”

House District 8 includes the bulk of north Bossier to just beyond the town of Benton, and is one of the fastest growing municipal areas in the south.  It is also one of the most conservative legislative districts in the state.

Johnson’s campaign website indicates that a number of other key endorsements will be announced in the coming days.

“We are humbled to have already received the enthusiastic support of so many public officials, leaders in the religious and business communities and elsewhere,” said Johnson.  “I think they recognize our capacity to make a real difference in the days ahead, and my wife, Kelly, and I are tremendously grateful for the support of so many dear friends.”