A Minden man was recently arrested on multiple sex crimes with two juvenile females from crimes committed a couple of decades ago, and Bossier Sheriff’s Office detectives are urging any other victims to contact law enforcement.

Robin D. Allen, 52, of the 300 block of Randall St. in Minden, was arrested on May 15 by Bossier Sheriff’s Office detectives and charged with Aggravated Rape, Molestation of a Juvenile (2 counts), Crimes Against Nature,  and Pornography Involving Juveniles. 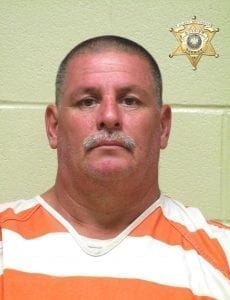 After a thorough investigation and multiple interviews, Allen was charged and booked into the Bossier Maximum Security Facility; he faces a bond of $940,000.  He was also arrested for Unauthorized Entry of an Inhabited Dwelling on May 2 for entering a residence in the Princeton area without permission.

Bossier detectives are continuing their investigation in this case and even indicate there may be a third female victim, and further charges are possible.  Detectives are urging anyone who may have also been a victim of sexual assault by Allen to please contact the Bossier Sheriff’s Office at (318) 965-2203 or your local law enforcement agency.  Your case will be thoroughly investigated, even if the sexual assault or illegal sexual relations happened years ago.