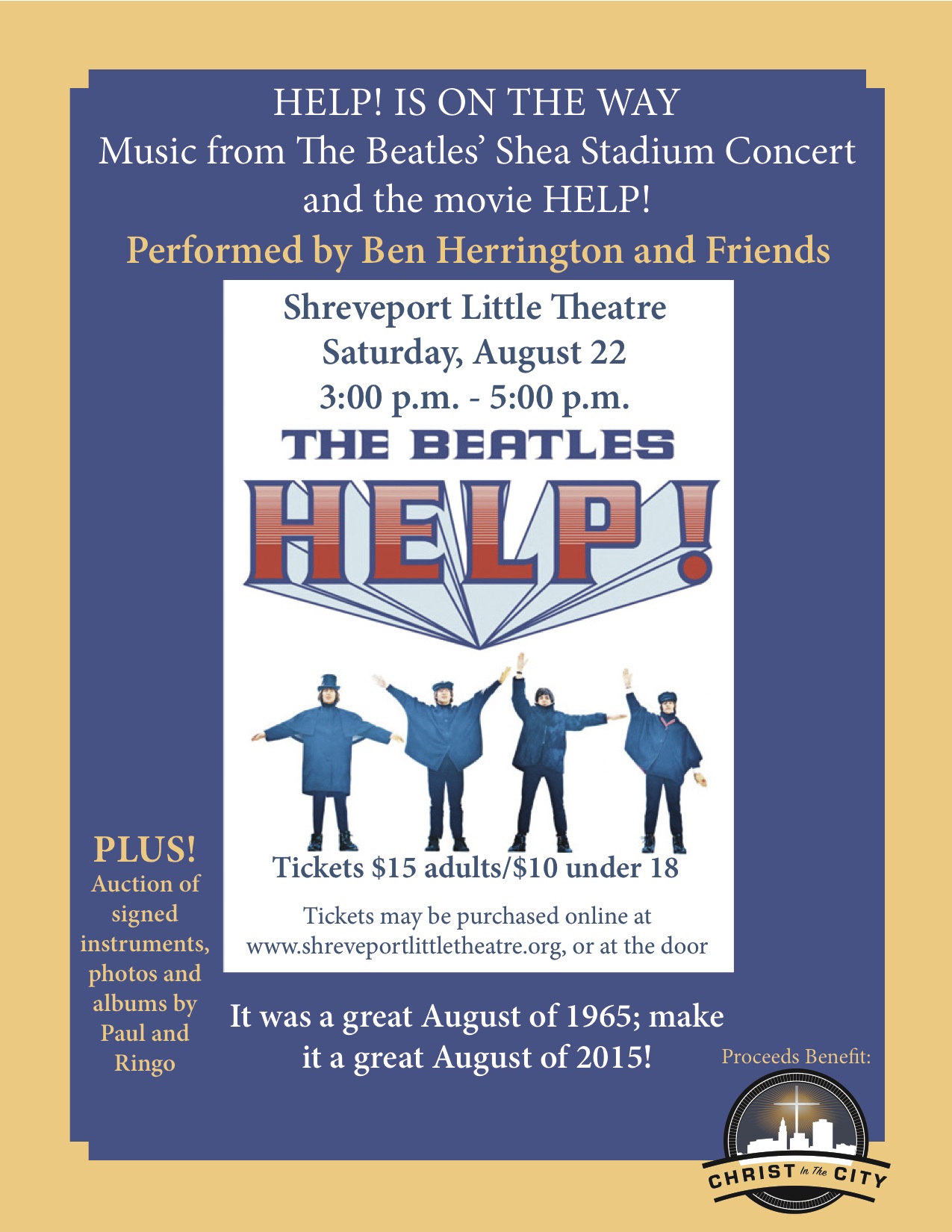 A ministry founded by Rev. David Melville, Christ In the City, is hosting a benefit that will celebrate the 50th anniversary of the release of the Beatles’ “Help!”

The album, as well as music the Beatles were performing in their August, 1965, tour — which included Shea Stadium, and  Houston, Texas on August 19, 1965 — will be included in a performance scheduled for August 22 from 3-5 p.m. at the Shreveport Little Theatre.

Tickets are only $15 for adults and $10 for under 18. Tickets can be purchased online at www.shreveportlittletheatre.com, or at the door.

This concert and auction is a benefit for Christ In the City, an oasis of Christian hospitality serving workers and residents of downtown Baton Rouge.

Rev. David Melville worked for almost 30  years in the religious community of Shreveport-Bossier prior to founding Christ In the City in the fall of 2014. He hopes that his “storefront” ministry will be able to be opened in other cities in addition to Baton Rouge. Proceeds from the concert  will hopefully help to make that happen in Shreveport-Bossier soon.

A Baton Rouge-based singer-musician, Ben Herrington, and several of his musical friends will play 22 songs that appeared on the “Help!” album, movie soundtrack, and the Beatles’ set list during the long andwinding tour of 1965.

There will be an auction of memorabilia autographed by two of the Beatles, Paul and Ringo. Bids can be mailed directly to David Melville (revmelville@cox.net.) beginning now. Bids will be accepted until August 22 at 5 p.m., and winners will be announced after the show.

More information can be found at www.christinthecity.net