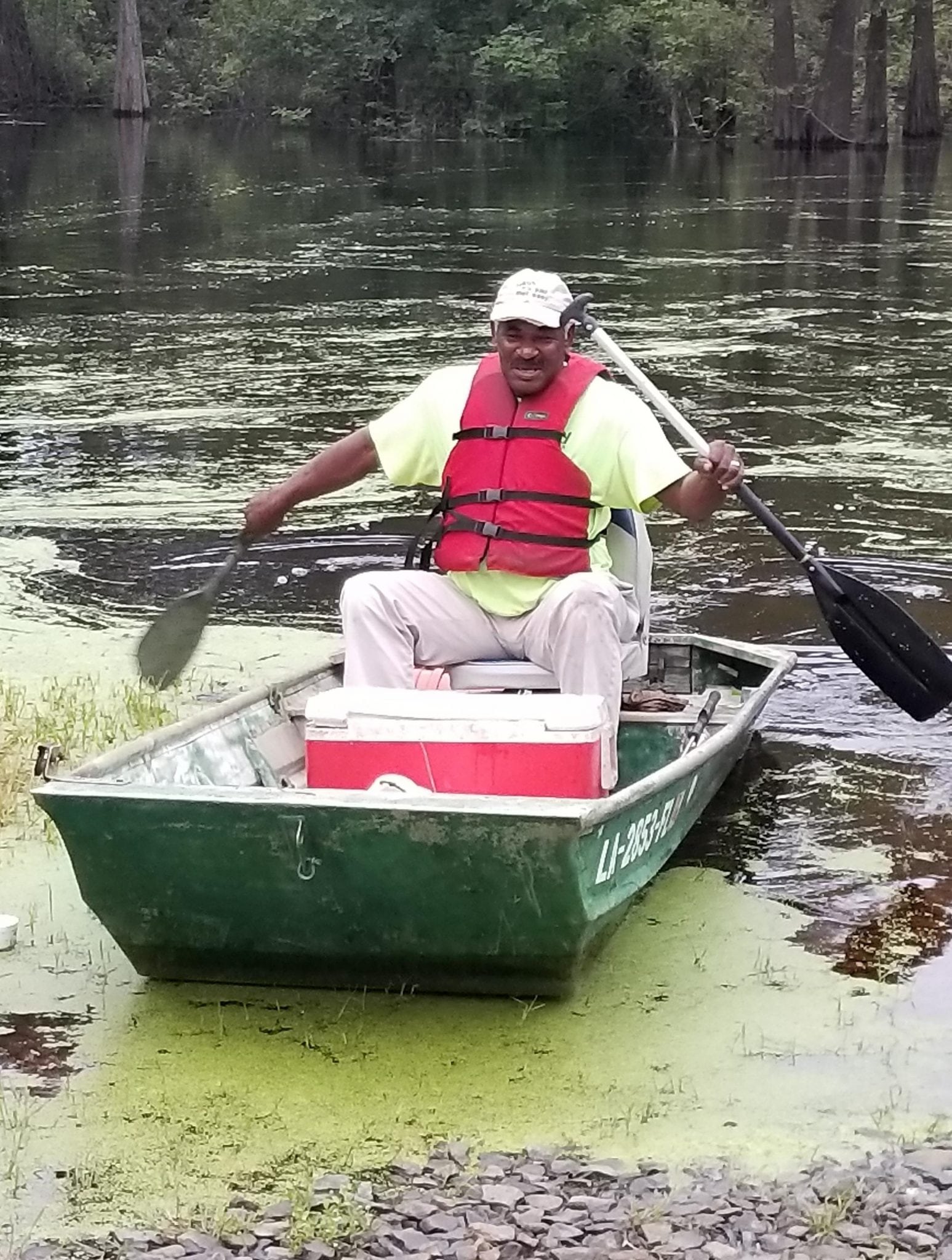 After spending nearly 24 hours on the water when he got lost on the bayou, a Haughton man is now safe on shore after Bossier Sheriff’s Office deputies joined Haughton Police Department officers and found the missing man during an early morning search on the water Friday.

Fifty-eight-year-old Phillip Douglas had launched his boat on Bodcau to go fishing around noon Thursday, something he had done many times before.  But this time, he didn’t return home as he normally did before dark, and his wife got worried.

She contacted the Haughton Police Department around 1 a.m.   Officers and Bossier deputies began their search and found Douglas’ truck near the bayou, but no boat…and no sign of Douglas.  Deputies used their drone to search the water from the night sky, and by daybreak, deputies with Marine Patrol were able to launch their boats to search for the man.

Marine Patrol Lt. Billy Jones joined Jarrod Hughes, a biologist with Bodcau Wildlife Management Area, in one boat, while Deputies Kevin Simmons and Roff Clary with Marine Patrol launched in another boat.  After a 45-minute search, they found a very tired Douglas in his 10-foot jon boat tied to a tree about three-fourths of a mile north of the dam.

“We were really lucky to have found him because at one point the channel we were in had some logs in the way,” said Lt. Jones.  “We came extremely close to turning around because we didn’t believe anyone would have gone that way, but we decided to keep going.”  About 300 yards later, they found Douglas, still fishing.   But Douglas admitted he was glad to see the deputies because he was lost on the water…and he was tired.

“He said he had been hearing things all night and didn’t get any rest,” said Lt. Jones, as he spent the night on the water in his small jon boat. 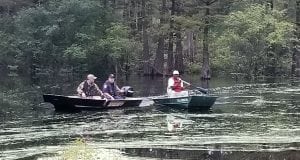 “I was too scared to do any sleeping,” Douglas told deputies as he came ashore.

The former Marine also admitted to deputies he couldn’t swim, but he did have his life jacket on.  However, in his excitement to try and go catch the big one, he left his cell phone in his truck.

Haughton Police Chief Todd Gibson said he had an officer at the residence of Douglas in order to be with his wife, and when they safely found him, that was a good phone call to make. Chief Gibson did say, however, that when his wife heard her husband was okay, she was happy…and then replied jovially, ‘Well, he’s in trouble when he gets home’!

You can see a video from the sheriff’s office below: