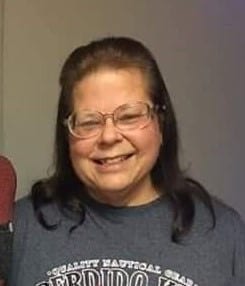 The following words that were penned by her son, Timothy Anderson, describes her so beautifully:

Momma was the brightest shining star in the night sky, absolutely brimming with love and compassion for all living things. Her faith in God was unwavering, and her strength and determination was inspiring beyond measure. Born a Doyline country girl, the place where she was raised had a never-ending supply of love. She was trained by the best: Doris White was her mother, best friend, and life role model. Not a single day ever went by that she didn’t mention her momma. I imagine we’ll soon understand what that’s like. She was a natural artistic, with a passion for music. She enjoyed listening to a number of artists, namely David Archuleta and most recently, Harry Styles. Her most favorite artist of all, however, was her own beautiful daughter, Bri Anderson. She never failed to be present at Brittany’s performances. Momma was joy incarnate, and not a thing in creation could douse her flame. Haley Anderson, her youngest daughter and ride-or-die partner in crime was her absolute favorite dance partner, substituting the living room for a ballroom and rocking out to their favorite music…

Her heart and soul, her whole world is Steven Anderson, a man who would do for her as much as she would do for him just to see her smile. He made her laugh; she kept him on his toes. Through thick and thin, the good and the bad, their twenty-eight year marriage taught them a lot about love and life. They were inseparable, and death can try as he may, but their bond is one that will outlast the ages.

The Anderson and Garcia families would like to thank all of Monica’s near and far family and friends for their tremendous love and support.