An additional 82 counts of pornography involving juveniles have been levied against Peter Cutlip, the Haughton man initially arrested on May 22 for 30 counts of the same charge. 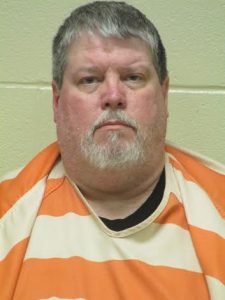 Upon execution of a search warrant on Cutlip’s electronic devices, Bossier Sheriff’s detectives found pornographic images of young children appearing to range in age from toddler to pre-pubescent engaged in sexual activity with themselves, other children, and/or adults.

Cutlip is currently at the Bossier Maximum Security Facility, now facing a $400,000 bond for the total of 112 counts of child pornography.

A Haughton man has been arrested for possessing 30 still images of child pornography involving young children.

Investigators found on Cutlip’s cell phone at least 30 images of boys and girls who appear to be from 18 months to 9 years of age engaged in sexual acts with other children and/or adults.

Cutlip was transported to the Bossier Maximum Security Facility and faces a $300,000 bond.

Bossier Sheriff’s detectives are continuing their investigation, and other charges are possible.