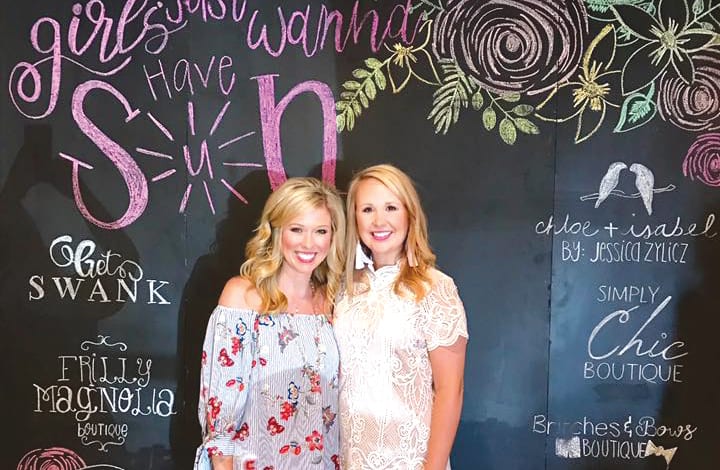 Big things can happen with just a simple idea.

That’s exactly what happened when a lunchtime discussion between friends led to them hosting a fundraiser for a local couple who is in the process of adopting their first child. Jessica Zylicz and Britney Spivey hosted a mother/daughter fashion show June 10 at Azalea Hall in Bossier City.

The duo sold more than 80 tickets, with all proceeds going to the Burgess family. After a delicious brunch, catered by Good Eats, the summer’s hottest trends was on display as models walked the runway in the “Girls just wanna have sun” fashion show.

The event raised thousands of dollars, Jessica noting that $2,600 was raised during the silent auction alone.

Chad and Katie Burgess, who are in the process of adopting their first child. The couple tried to conceive naturally, but were unsuccessful. Their attempts with fertility medicine and medical procedures also failed.

A consultation with a fertility specialist revealed they had less than a one percent chance at conceiving naturally. The news was devastating.

Chad and Katie decided to take some time to think about what they should do next. After seeking counsel and many prayers, God placed adoption on their hearts.

Katie said she is thankful for the support they’ve had so far on this journey.

“We are so blessed,” she said. “Baby Burgess has had so much love and support.”