The future is here and Bossier’s downtown reenvisioning project is coming to life.

The project’s contractor was given notice to proceed Monday.  A meeting was held last week to give business owners and area residents along Barksdale Boulevard a timeline of construction.

Project officials say it should take 14 months to complete all of the scheduled projects, spanning from Traffic Street to Hamilton Road. Mike Boggs with Boggs & Poole Contracting Group in Bossier City said they are trying to make this process as easy as possible for business owners along Barksdale Boulevard. 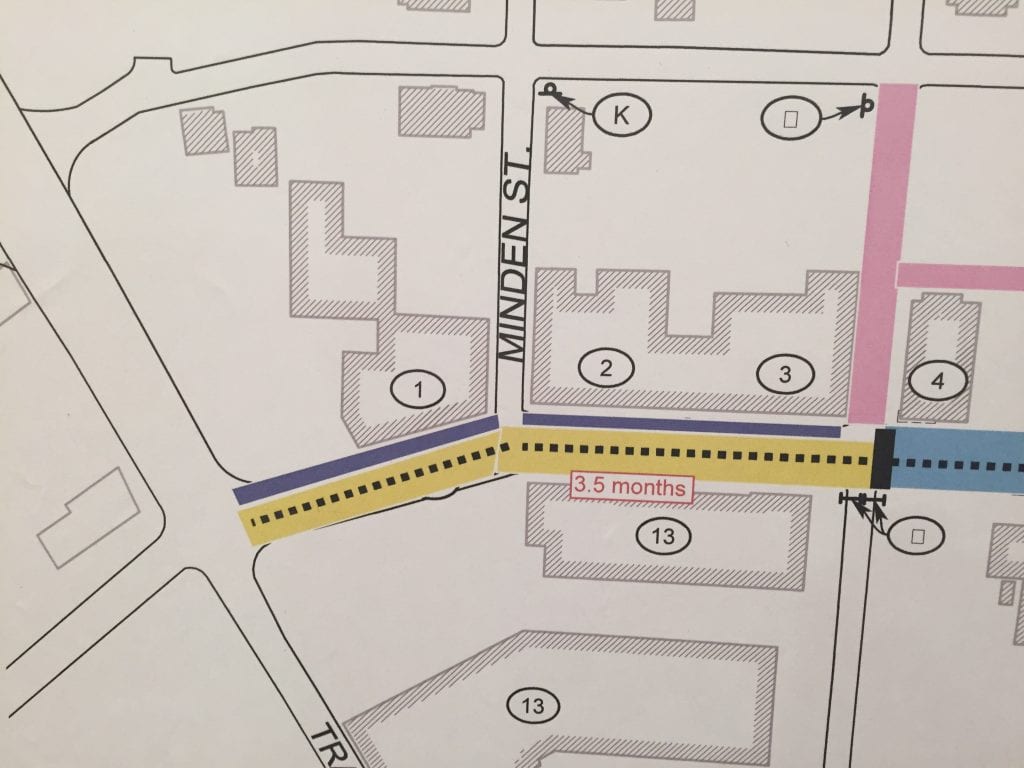 Boggs presented a color coded map of the project schedule. The yellow highlighted section between Traffic Street and Arcadia Street is where the project will start.

“We have got to get that waterline going before we can do the demo of the streets, new sewer, connecting water and sewer to businesses, underground electrical and putting the new street in,” Boggs said.

A downside is that businesses will lose all street parking during the construction process.  Once the new waterline is live, construction workers will begin demolishing and rebuilding the street. A two inch layer of temporary asphalt will be placed in the yellow highlighted section of Barksdale Boulevard, allowing the road to open back up to traffic.

Boggs said this first step should take three and a half months to complete.

“We’re going to use those first two blocks as a learning experience in finding out exactly what we have to work with when we put the new utilities in,” he said. “Our plans may change after those first two [blocks], but we hope it stays the same.”

The blue strips above the yellow highlighted section marks the sidewalks. Boggs said they are leaving the existing sidewalks in place to allow foot traffic access to businesses between Traffic and Arcadia.

“We want to minimize the impact to your businesses,” Boggs said. “The sidewalks will be done over the course of eight to 10 months at different times and in small sections.” The same demo process will be done in the blue, pink and orange highlighted sections. 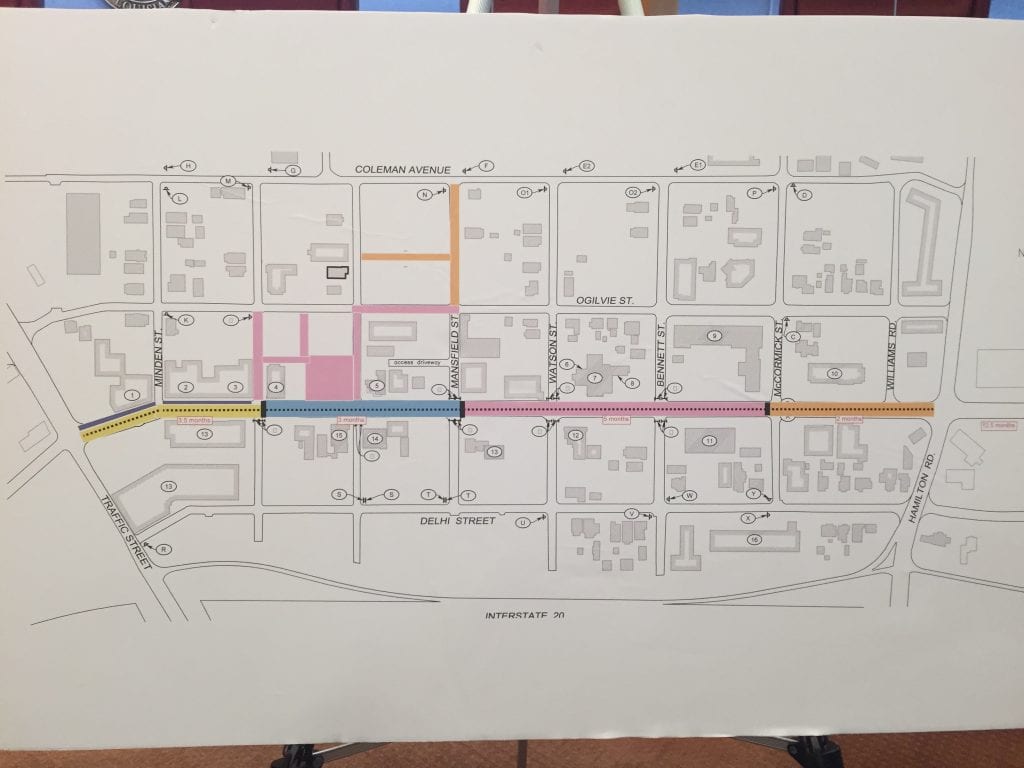 The blue highlighted section between Arcadia Street and Mansfield Street is scheduled to last three months.

The orange highlighted section between McCormick Street and Hamilton Road is scheduled to last two months. Another simultaneous construction project will take place on Mansfield Street, which includes the addition of a new horizontal residential street.

Signs will be placed along Barksdale to redirect traffic in hopes of minimizing the inconvenience to surrounding businesses and their customers.

Project Architect Mike McSwain said this reenvisioning project will give downtown Bossier new roadway surfaces, new and upgraded utilities, bicycle lanes, new landscaping, LED lights, and a new plaza space across from the Bossier Arts Council. Once the construction is finished, Barksdale Boulevard will go from four lane roadway down to two lanes.

“We’re going to make a colossal mess out there,” McSwain told business owners. “We’re digging a really deep ditch down Barksdale to redo these pipes, but our intention is to maintain access to the businesses. There will be times where sidewalks will be replaced in front of your businesses, but we’re willing to work around you and the best times that work for you to make this happen.”