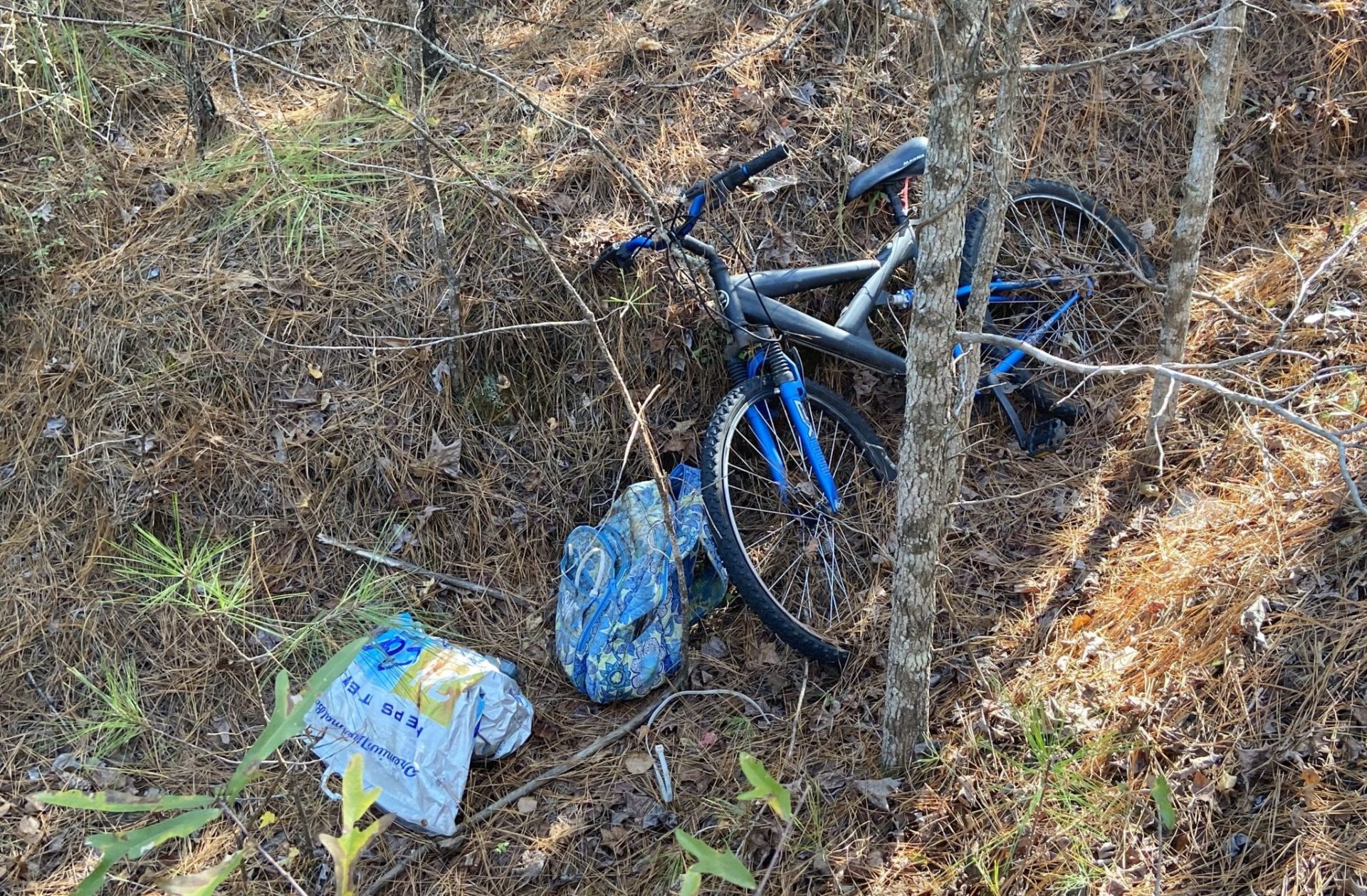 A backpack, bicycle and a bag found in the woods off Highway 157 in Haughton caused quite a social media stir in the past couple of days…but Bossier Sheriff’s Office Patrol deputies now have an explanation.

How did a personalized backpack, a bicycle, and a bag end up in the woods near the 400 block of Fillmore Cemetery Road near Highway 157? Who did these items belong to? Was someone missing? Was there something criminal in this case?

These and other questions caused much discussion on social media. The items were initially reported back on Dec. 8 to the Bossier Sheriff’s Office. After an initial investigation, there was nothing to indicate criminal activity – there were no missing person’s cases connected, the bicycle did not come back stolen – and deputies said it appeared to possibly belong to a homeless person. There was some adult clothing in the bag, a flashlight, zip ties, and some perishable food items.

Those same questions pondered Patrol Deputy Chase Voorhies, so he dug a little deeper…literally…as he searched the nooks and crannies of the large backpack. He was able to find in a hidden pocket a folded piece of paper with a name on it. He did some further investigating, and with the help of the Bossier Sheriff’s Office dispatchers, he was able to contact the person, and the mystery got some answers.

That person told the Bossier Sheriff’s Office that the backpack belonged to their daughter. It had been a while since the girl last saw the backpack – for good reason – because she donated it to Goodwill about a year and a half earlier.

While the stir on social media raised a number of questions, deputies were happy to get some answers to the mystery of the discovered backpack. Bossier Sheriff Julian Whittington and deputies extend their appreciation to concerned residents in this case. Yes, there were questions of “what-if’s” and “what happened” with the discovery of these items, and deputies are pleased to put those questions to rest.