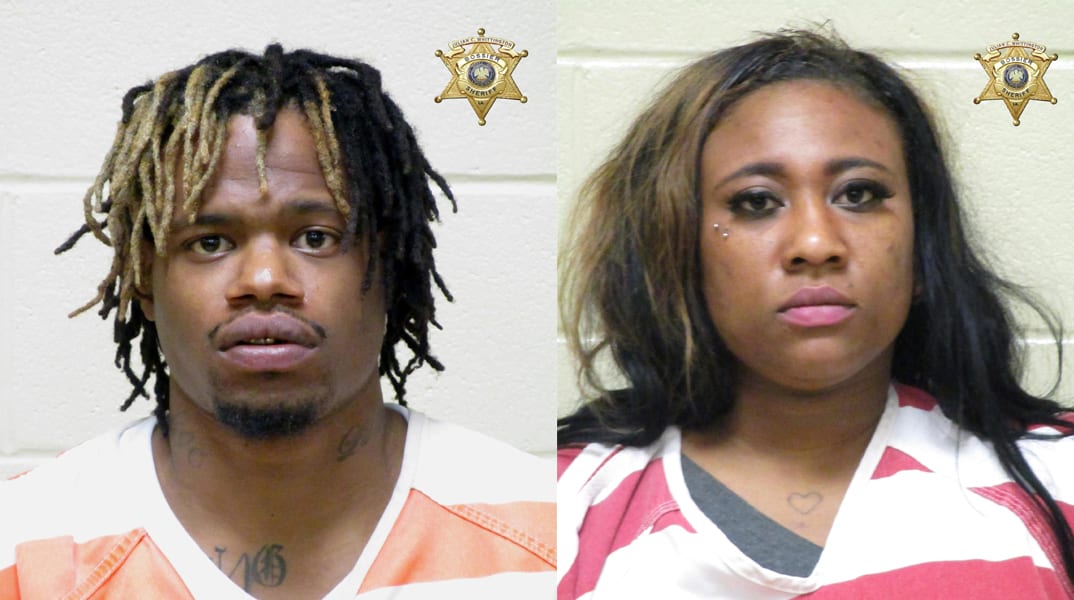 The Bossier Sheriff-Police Narcotics/Vice Task Force conducted a prostitution sting recently here in Bossier City that resulted in arrests for prostitution and pandering, but also for murder and aggravated kidnapping of teenage girls.

Undercover agents arrested Marcus Speed, 25, from Ft. Worth, on Feb 10 at a local hotel in Bossier City for Promoting Prostitution, Pandering, Money Laundering and Racketeering for acting as a pimp for females exchanging sex for money.  While arresting Speed on those charges, undercover agents discovered he had active arrest warrants from the Ft. Worth area for kidnapping two 13-year-old girls and murdering the boyfriend of his ex-girlfriend.

Mieko Glenn, 27, also of Ft. Worth, was arrested for prostitution.  Narcotics agents also seized $430 in cash.

Speed and Glenn were transported to the Bossier Maximum Security Facility for booking.   Speed faces a bond of $140,000 (not including the warrant charges), and bond for Glenn was set at $1,000.

There was another female present at the scene who was not engaged in illegal activity at the time, but she did admit to undercover agents that she has been involved in prostitution since she was 14 years old; she is now 18.

“I commend our deputies and officers on the Task Force for the tough work they do in working these prostitution cases, which are closely tied to the horrendous crime of human trafficking,” said Bossier Sheriff Julian Whittington.  “Not only is a pimp off the streets, but an accused murderer and kidnapper of young girls is now behind bars.  That’s a good day for law enforcement…that’s a good day for our community and our country.”