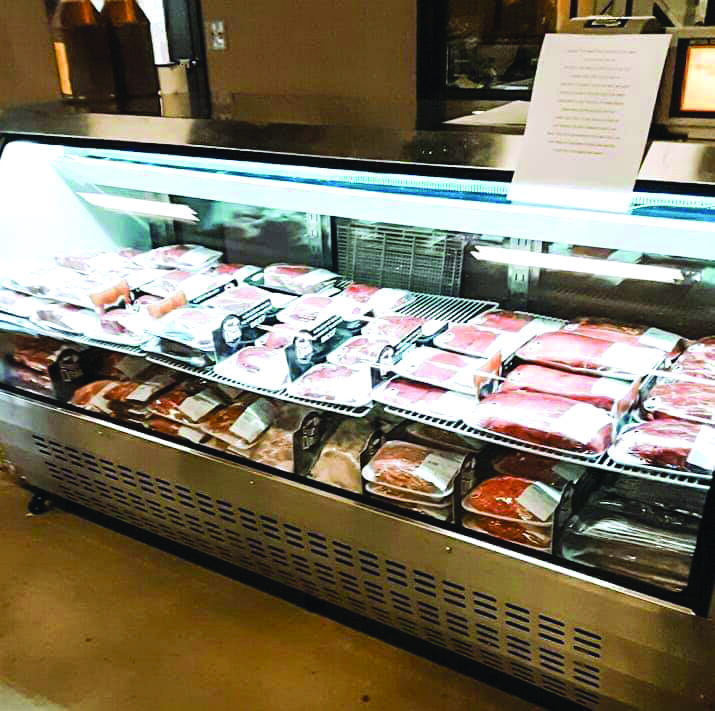 Major national meatpacking companies, such as Tyson Foods, JBS USA Holdings and Cargill have seen closures and breakouts of COVID-19 in dozens of locations across the country.

Even fast food chains such as Wendy’s have announced limits on what can be purchased.

But the struggle in national chains has led to an opportunity for local butchers in Bossier Parish that sell beef, pork and other meat products to earn extra income.

Alan Reddick, production manager at Beaux’s Sport & Goods, said he has seen business increase in recent months, perhaps owing it partially to national meat producers being forced to close due to virus outbreaks among their workers.

“We have grown experientially in the last 4 months,” Reddick said. “This last week I did $4,700 in meat sales alone. In November doing $599 dollars a month in meat sales to in April doing $12,500. I think it’s because a lot of the chain stores weren’t prepared for the closures that were coming up.”

Reddick also noted that meat prices have skyrocketed over the past few months.

“Meat has gone up exponentially high. It has gone up 30% in the last 6 weeks. In January I was paying $2.82 a pound for beef chuck rolls. Which we make chuck steak, chuck roast, chuck eyes. We make a lot of things out of that one piece of meat. Now they are up to $8.00 a pound. Chicken prices have gone out of this world. Now a whole chicken will cost $1.58 a pound. But when I bought them back in March I bought them at 66 cents a pound,” said Reddick.

Back in March, Reddick was forewarned by one of his major processing connections about the price of meat increasing. In order to keep prices down for his customers, Reddick purchased a considerable amount of product so he could build a bank of meat.

“I have been in the industry for 43 years. I have connections through the whole industry from Tyson, Smithfield, JBS and all the major processors. They for-warned me back in mid March. They told me you should get a little cushion. So what I did was build a bank of meat. Because I did that I can afford to sell meat to customers at the same price I was selling them at before,” said Reddick.

The reduction of factory production can have several chain effects as well. Even before the virus hit, American pig farmers had already been damaged economically by President Donald Trump’s tariffs as part of the trade war with China, where pork is in high demand.

“Last month we had over 38,000 tons of pork going to China. Which should have stayed here in the US, but it didn’t. Same with beef. A lot of export beef goes to China and to the Asian market. Last month alone we had 58,000 tons of red meat go to China and Asian market. It could have stayed here,” Reddick said. “The other problem is with the shortage is storage [capability.] How much can America store at one time? Average 10 day’s worth.”

With the virus now affecting the nation’s meat supply chain, such as the closure of the Smithfield Foods pork processing plant in South Dakota where at least 634 employees tested positive.

“We have a bottleneck situation happening. We have sick truckers who can’t run the cows to the processing plant. We have 6 processing plant workers who can’t process as many animals as they were. And with the restaurants and the schools being closed, there is not much of a need.” Reddick said. “The people in the disassembly plants are afraid to go back to work because of contacting the virus. But if they have a good sanitation program, then it’s not going to be nearly as contagious by touching a surface. We’ve been working all through the whole virus since it started and we’ve worked all the way through. We haven’t had any issues here.”

Reddick would like to say to all of his current and future customers that Beaux’s Sport & Goods staff are here for you, your family and for the entire Bossier community.