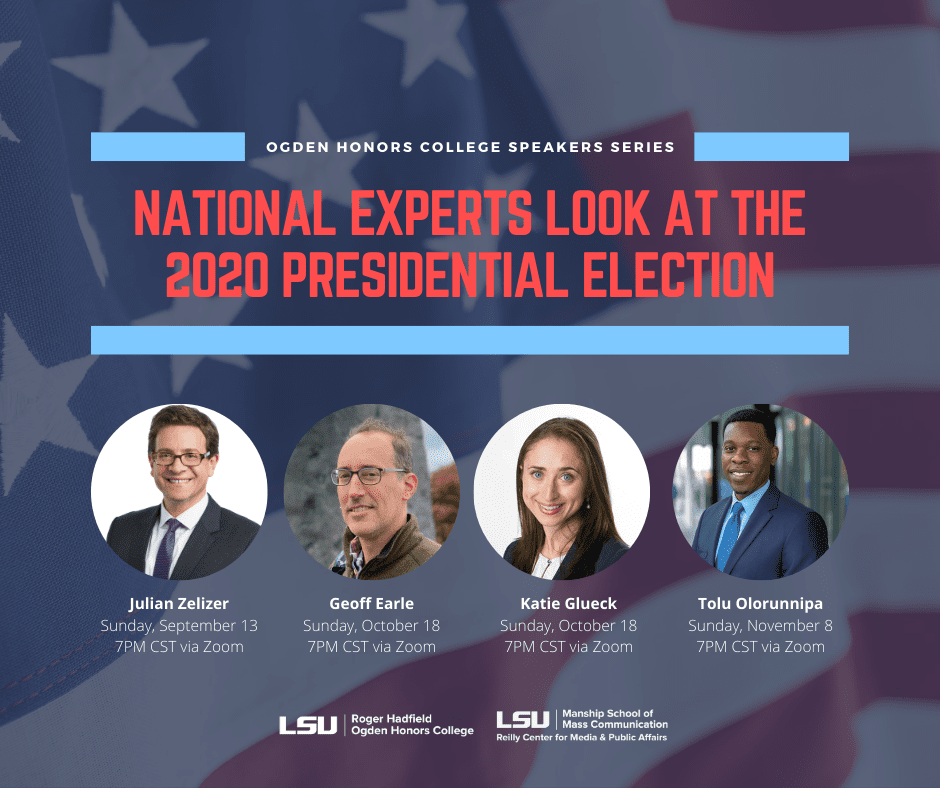 LSU professor Robert Mann will host Sunday’s discussion with Zelizer, who has authored and edited 19 books on American political history. His latest, “Burning Down the House: Newt Gingrich, The Fall of a Speaker, and The Rise of the New Republican Party,” will serve as a launch pad for dialogue on the origins and trajectory of America’s partisan national politics. November’s presidential election will ground the conversation.

“In my quarter century as a college teacher and administrator, I’ve never seen this much interest in a presidential election,” said Jonathan Earle, dean of the LSU Ogden Honors College. “And I think that’s a good thing: Undergraduate students realize how instrumental a president is in solving—and, in some cases, causing—problems for young people. These guest speakers will be a great resource for our students to hear from, especially during a campaign that will be conducted mostly virtually.”

Following Zelizer and Mann’s series launch are October and November installments with more political heavyweights. All events will take place via Zoom on Sundays at 7 p.m. CT. There is no cost to attend.

“This presidential election is vitally important to the direction of the country, and we need to work as hard as possible to make sure young people are engaged and informed,” said Mann, who holds the Manship Chair in Journalism at the LSU Manship School of Mass Communication. “This series aims to equip our students to ask informed, intelligent questions as they make their decisions in this election.”