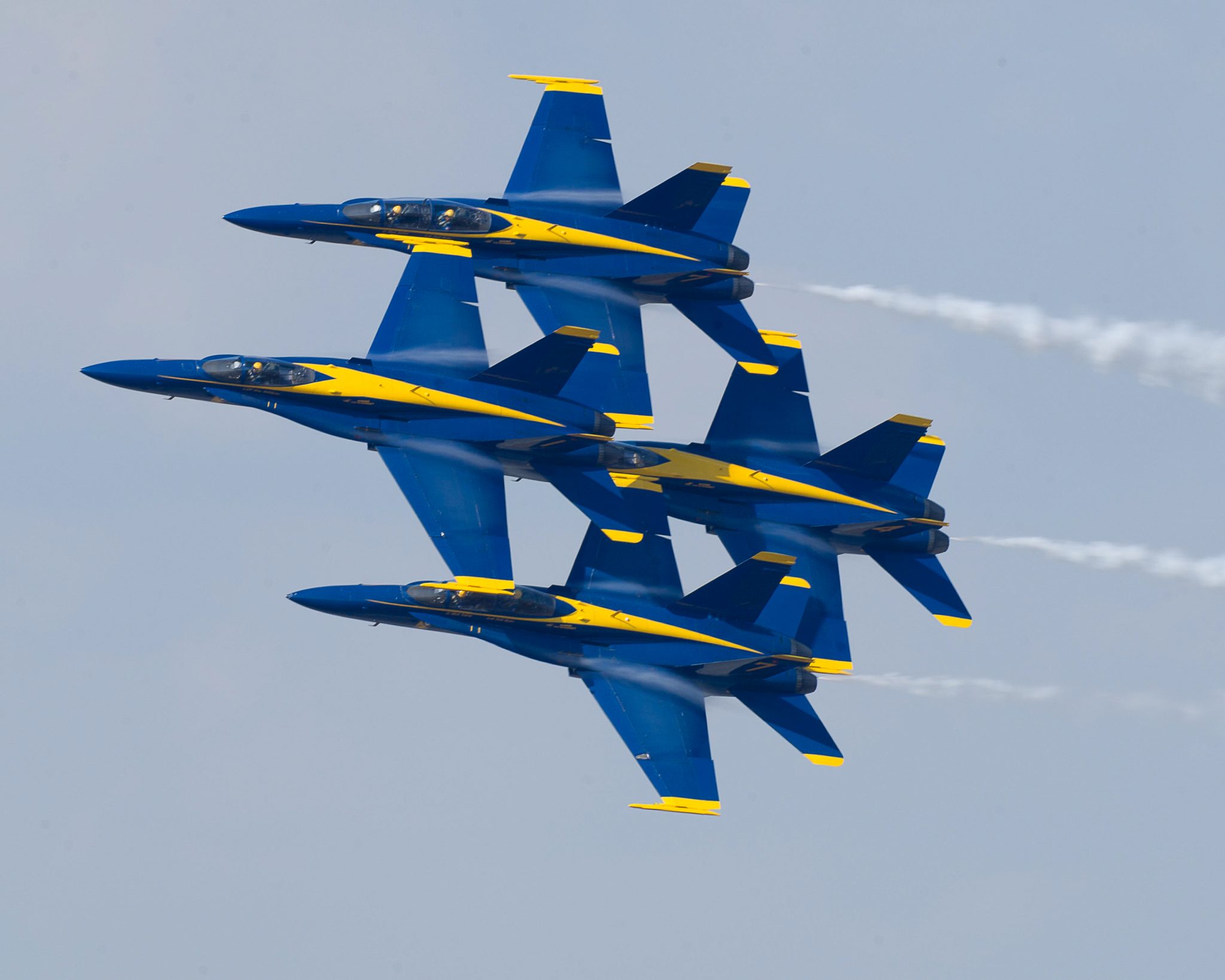 The armed forces are joining forces to bring a patriotic spectacle to Bossier City.

Navy Week will launch April 27 and packs a punch with its five-day schedule, to  coincide with the Defenders of Liberty Air Show and open house at Barksdale Air Force Base.

Navy Week is designed to provide area residents an opportunity to learn about the Navy, its people, and its importance to national security and prosperity.

“Outreach programs like Navy Weeks are extremely important to ensure Americans outside Fleet concentration areas have the opportunity to connect with their Navy,” said Cmdr. James Stockman, director, Navy Office of Community Outreach (NAVCO). “Navy Weeks allow Americans to meet face-to-face with Navy personnel to increase their understanding that their Navy is a warfighting force, deployed around the world and always ready.”

This is the first time Navy Week has been to Bossier-Shreveport, but it wasn’t their first attempt at bringing the event to the area.

“We were scheduled to come there in 2013 as part of the Defender’s of Liberty Air Show at Barksdale [Air Force Base]. When sequestration hit, all our money was taken away from us so Navy Week 2013 was canceled,” Gary Ross, Lead Event Planner for Navy Week, said.

Since Barksdale gets the Navy Blue Angels to perform every other year, Ross said they had to wait a year before coming to the area.

“We knew they would be back in 2015 so it was the very first Navy Week we picked for this year,” he said.

Events are scheduled each day beginning April 27 through May 3. A highlight of Navy week activities will be Navy Night at Airline High School on Tuesday, April 28.

This exciting evening will feature a jump by the U.S. Navy Leapfrogs; remarks by Shreveport Mayor Ollie Tyler, Bossier City Mayor Lo Walker, and Rear Admiral Keith Jones. There will also be a presentation of a joint Navy Week proclamation, a new recruit swearing-in ceremony, and a performance by U.S. Navy Band Southwest. The event is open to the public and scheduled to begin at 7 p.m.

The air show’s featured appearance by the Blue Angels flight demonstration team is the perfect ending to a week of landings by the Leap Frogs parachute team, educational demonstrations at local schools, performances by one of the Navy bands and appearances by admirals and other senior leaders.

“It’s really going to be a fun week,” Ross said. “We’re so looking forward to this. We’ve been planning this for months and now it’s time to have fun and execute the plan.”

The 2015 Barksdale Defenders of Liberty Air Show is slated for Saturday, May 2, and Sunday, May 3. This annual event, led by a partnership between the Shreveport Bossier Military Affairs Council and Barksdale Air Force Base personnel, is a favorite for locals and visitors to the area.

“This is our way of paying back to the community for the support that we get throughout the year. It’s our way of saying ‘thank you for all you do for us,’” Lt. Col. Scott Bussanmas, Air Show Director, said. “It’s also an opportunity for us to showcase what the military does and highlight the pride we have in our work.”

The schedule may fluctuate, but show time will begin at 11am both days and the performance schedules will be the same.

The air show is open to the public with free admission and free parking. On-base parking will be made available for visitors entering the North (Bossier) and West (Shreveport) gates. All vehicles will be directed to the flight line parking area.

Off base parking with shuttle transportation will also be available from Bossier Parish Community College. This parking option was added to minimize traffic congestion on and off the base. Buses will run on a continuous route to and from the show, though time intervals have not been finalized.

Bussanmas  said this should significantly cut down waiting time to get on and off base.

“The benefit of this is that people won’t have to sit in line to get on base and park. The buses will pick them up and drop them right at the entry control/screening tents then they will be able to walk straight into the air show,” he said. “If we get enough people to utilize the buses, it will also minimize parking and other traffic issues we’ve had in the past. That way it will speed up entry for everyone attending the show.”

Security measures will be in full effect no matter where guests choose to park.

“There will be a few items that will be prohibited, including firearms, explosives, mace, pepper spray, knives or any other item that could be used as a weapon,” said 2nd Lt. Luke Richardson, 2nd Security Forces Squadron flight commander. “Additionally, do not bring coolers, backpacks or any other large bags or containers.”

The Open House aspect of the Air Show provides the community first-hand look at the Air Force history and future of the Air Force, and acts as a recruiting mechanism for the Army, Navy, Air Force and Marines.