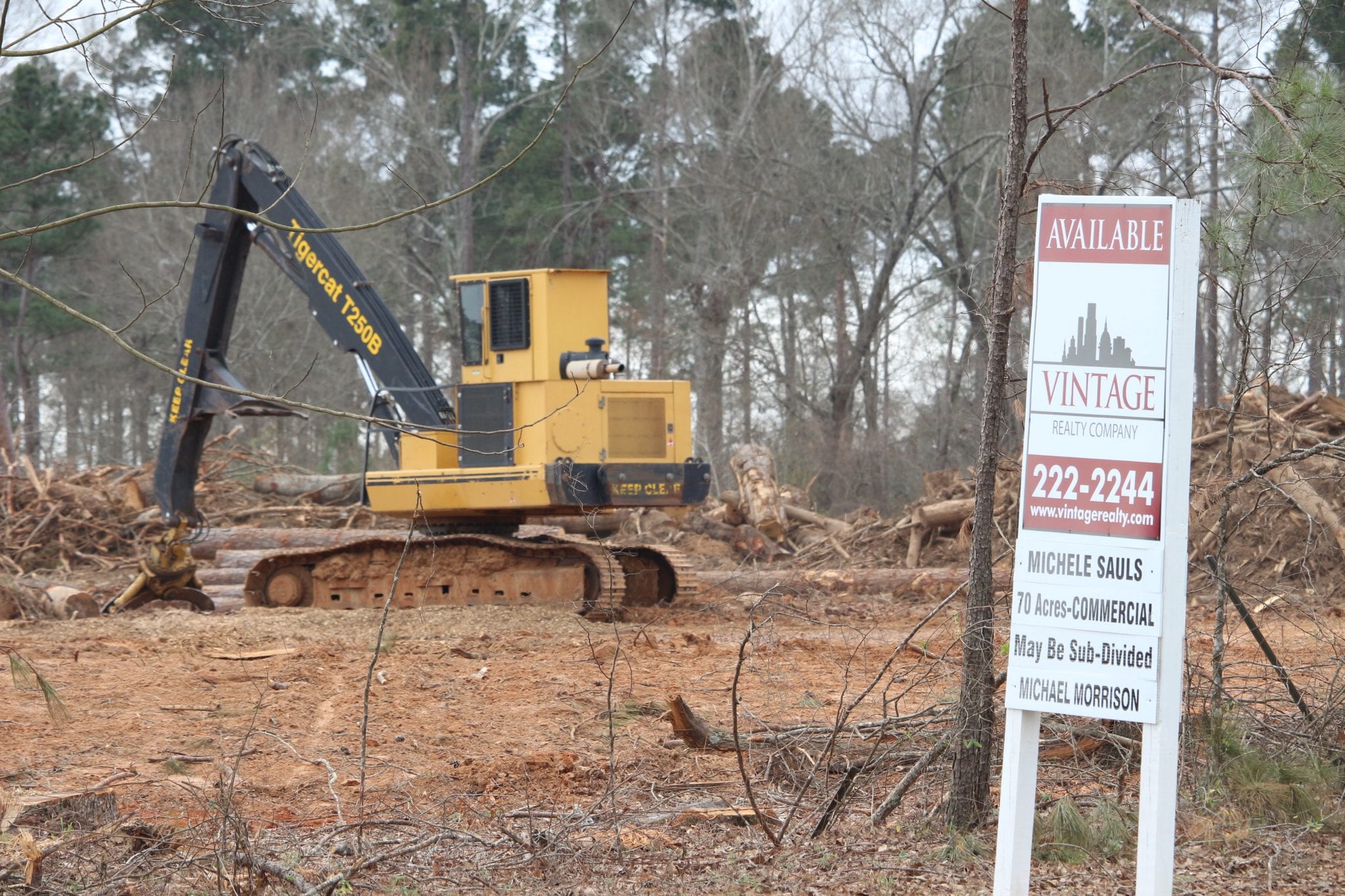 Heavy machinery is clearing space for a 70 acre commercial development in Haughton.

Mayor Jack Hicks said the property, located on LA 3227 just off LA 157, has several prospects, including a bank, restaurants and a hotel.

So far, only Sonic has signed a contract of intent to build on the commercial property behind Waffle House.

But Hicks said prospects include Cracker Barrel, a four-story Holiday Inn and Minden Bank and Loan. However, none of those have signed commitment contracts.

Behind the commercial property is another 130 acres zoned for residential development, which Hicks said will eventually have 350 homes built on it.

“We’re already developing our water and sewer infrastructure to handle all these new businesses and homes,” Hicks said. “We’re working on that right now.”

Construction is still a ways off, though.

Hicks said they have to finish clearing the land and remove all the stumps before work can begin.

“They don’t want to hold it up any longer than they have to,” Hicks said.

His opinion is that with all of the development on the horizon, Haughton will one day become a city instead of a town.

“We’ve got more stuff coming, but we don’t know for sure when that will happen,” Hicks said. “Once we become a city, that will mean different things for us.”

Rocky Rockett, executive director/president of the Greater Bossier Economic Development Foundation, said Haughton’s proximity to the interstate and metro area, along with its availability of land makes it a prime location for growth.

Other things that make the area ideal is ease of transportation, education, and the expansion of the cyber industry.

“There are a lot of things that run up and down I-20 that we’ve known about, but are becoming more and more capable of being grasped as an institution,” Rockett said.

Once the residential growth occurs, Rockett said it’s only a matter of time before more commercial development moves in.

“When you add housing, you have to provide more services,” he explained. “Those services feed off the population. The town not only develops more revenue for the citizens, but for itself and growth prospects will continue from that. Residential growth drives commercial growth, which will drive revenue.”

Not only is this good news for Haughton, but Rockett said the entire parish will see the benefits.

“It shows that we are a parish that is continuing to grow and there’s continued interest in people moving to and living in our community,” Rockett said. “People are looking for a good place to live and raise their families. We have that here in Bossier Parish.”