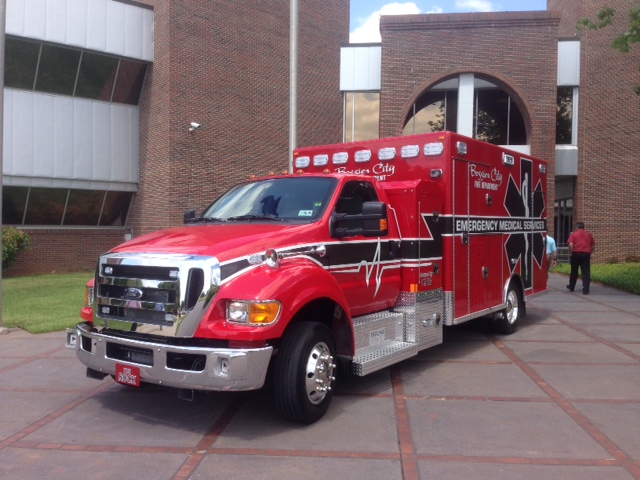 A new piece of legislation is saving Bossier City and its residents more than $1 million.

House Bill 408 by Rep. Samuel Jenkins (Dist. 2) provides relative to reimbursement rates set by local governing authorities for emergency medical services. It was signed into law as Act No. 269 by Gov. John Bel Edwards in May and will go into effect Aug. 1, 2018.

Bossier City Fire Chief Brad Zagone explained that one of the largest insurance providers in the state decided earlier this year they weren’t paying negotiated rates anymore and were going to pay Medicare rates. That meant a $1.1 million reduction of revenue per year for Bossier City EMS.

Bossier EMS is in the ambulance business, but they’re not in the business to make money, Zagone said.

“We just try to break even. That’s the goal of municipalities in the ambulance business,” he said. “But there are some private ambulance companies that do make money.”

With this bill, it says whatever the municipalities set as their reimbursement rate, the insurance companies will pay that rate.

“Basically it keeps the status quo,” Zagone said. “It keeps everything the same way its been…we don’t get a penny more or penny less.”

It cost a little over $500,000 a year to operate each ambulance at Bossier EMS. Bossier City has had the same $10 EMS service charge on water bills for close to 20 years.

That’s something they didn’t want to change.

“When you can do the same service and never at an increase cost to the citizens, that’s all Bossier City wants to do. We don’t want to go up on anything,” he said.

Without this bill, Zagone said they were faced with cutting two ambulances or raising the monthly fee on Bossier City water bills.
“The residents would’ve had to foot the bill. It would’ve gone up to $15 or $20 to subsidize the loss of income,” Zagone said. “Now, it will not cost them a penny more.”

Bossier City Councilman David Montgomery, Jr. was among the local dignitaries that traveled to Baton Rouge to fight for the bill’s passing.

“Basically when I went down there, my testimony, as a certified public accountant, was to validate that we as a governmental entity can establish valid and justifiable rates based on the cost of delivering that service to the people of Bossier City,” Montgomery said. “Because the bill passed, insurance companies will have to pay what it costs us to deliver an EMS call.”

It was an uphill battle in Baton Rouge, but their efforts were successful as House Bill 408 passed out of both the House and Senate.

Montgomery praised the legislature for their approving votes.

“It was a team effort by the Bossier City Fire Department as well as our State Fire Marshal’s office and our legislators in the House and Senate who voted for this,” Montgomery said. “By them allowing it to pass, it protects the integrity of the services we provide without burdening the tax payers here in Bossier City.”