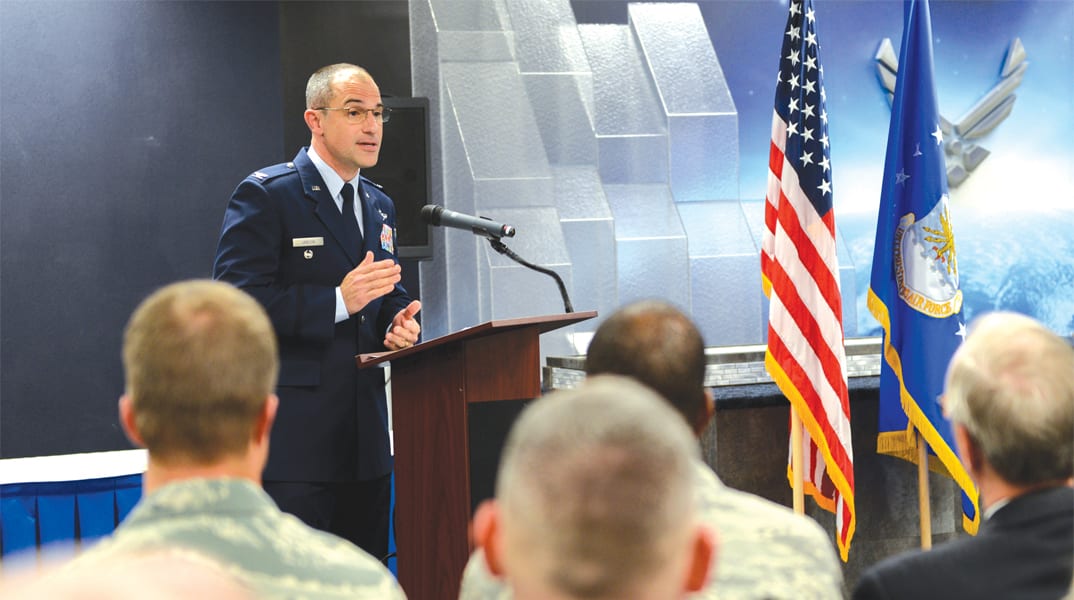 Barksdale Air Force Base has gained an important asset that will strengthen its position within the USAF and help bolster the community with the standing up of the  U.S. Air Force Nuclear Command, Control and Communications (NC3) Center.

Although the NC3 Center will have a physical building, its system is much broader. Col. Mark A. Jablow, commander of the Air Force NC3 Center, described it as a system of systems.

“It’s made up of many different parts — radios, antennas, satellite links, parts onboard an aircraft, missile silos. The Air Force NC3 Center allows all these parts and pieces to communicate with each other from all over the globe.”

As home of Global Strike Command, which is responsible for two thirds of the nuclear triad, BAFB now has the key component of nuclear capability — fully functional command and control systems.

“The NC3 system provides our national leadership with a communication path that is secure, survivable, and resilient. Without that we don’t have combat capability,” Col. Jablow said. “All of the weapon systems we have — conventional and nuclear — can’t do anything unless leaders have the ability to tell us to do it.”

Although the NC3 systems have been operational in the past, they have not been owned by any major command. Until the Air Force NC3 Center was stood up, many different parts and pieces of the system had support from many different locations all over the nation.

“Now (Air Force Global Strike Commander) Gen. Rand can have a central focal point to make sure all those pieces are supported and can better communicate with one another,” Col. Jablow explained.

The NC3 Center is looking to hire 236 personnel, with 166 of those being civilian positions. The hiring process for the center is about 70 percent complete.

“Our partnership with the community is strong. in my experience, Bossier has been extremely welcoming and I’m certain it will be welcoming to (the incoming personnel),” Col. Jablow said. “What we do here at Barksdale is important, every airman knows that. I’m convinced the entire community knows that, you see that in the support we get. It’s what allows us to do our mission.”

Taking a step back to reflect, Col. Jablow used one word to describe overseeing this new addition to BAFB: “Fantastic.”

“Not only the chance to lead, but build something new and important and do something big allows me to stay operationally relevant,” said Col. Jablow. “When I walked into a Tuscon, Az. ROTC detachment 28 years ago, my career has kept reaching points where this job I had been asked to do is the high point and I thought it didn’t get any better than this. Now I’ve been given something entirely different and I can’t think of anything more important than what I’m doing now.”

A B-1 senior navigator with more than 1,800 flying hours and more than 200 combat hours, it been a long road from his first days as a young crew member to leading battle missions and now his first major command.

“When I started, I had no aspiration of leadership, I just wanted to do my job,” Col. Jablow explained. “As you get the opportunity to command different units of different sizes, I got to see the amazing professionalism of the airmen I’m guiding, teaching, and mentoring. The chance to do that more and more is humbling, and as soon as you get a taste of it you want to do it more.”