A new RELIC (Readings in Literature and Culture) series begins next month. “The Creole Identity and Experience” will be held in the meeting room at the Bossier Parish Library Historical Center on Thursdays from 6:00—7:45p.m. beginning March 6, ending April 10. The programs are free to the public however, seating is limited for this popular program. Make your reservations in advance by calling the Central Library at (318) 746-1693.

Kathleen T. Smith of the Department of English at LSU-S will facilitate each of the six sessions. The topics include: What Is a Creaole?; The Colonial Foundations of Creole Culture and Identity; Lex Americains and the Creole Experience: Cultural Transformation, Criticism and Defense; Gens de Couleur Libre: Neither White Nor Black; Cane River: Complexity of Slavery and Race in a Simple Setting; and Cane River The Persistence of Creole Family. 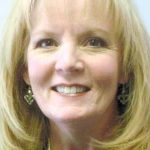 Books for this series will be provided for checkout through the library: “Creole New Orleans: Race and Americanization” edited by Arnold Hirsch and Joseph Logsdon, “Creole: The History and Legacy of Louisiana’s Free People of Color” edited by Sybil Kein, “The Feast of All Saints” by Anne Rice, and “Cane River” by Lalita Tademy.

James Segreto, Director of RELIC Library Programs for the Louisiana Endowment for the Humanities (LEH) stated, “’The Creole Identity and Experience in Louisiana Literature and History’ will offer the reading public an opportunity to consider why Creole identity has evolved and migrated among groups over history and how class, race, and culture have been used by writers of the Creole experience.”

Make a note: On Sunday, March 16, from 2-4 p.m., at the History Center, “Riders on the Orphan Train.” Join song-writer/musician Phil Lancaster & award-winning author Alison Moore for the true story of the thousands of children who boarded a train in New York City and travelled all over the country, hoping that along the way they would be chosen by new families at train depots. For more information, contact your local Bossier Parish Library branch or the History Center at (318)746-7717.

“The Last Original Wife: A Novel” by Dorothea Benton Frank

“After Dead” by Charlaine Harris

“Who Owns the Future?” by Jaron Lanier

“Congratulations: You Just Got Hired” by Robert L. Deitz

“Firsthand: Ditching Secondhand Religion for a Faith of Your Own” by Ryan Shook

“From Scratch: Inside the Food Network” by Allen Salkin

“National Geographic Science of Everything: How Things Work in Our World from Cell Phones, Soap Bubbles & Vaccines to GPS, X-rays and Submarines”

“Evolution: The Cutting Edge Guide to Breaking Down Mental Walls and Building the Body You’ve Always Wanted” by Joe Manganiello

“The Empress Has No Clothes: Conquering Self-doubt to Embrace Success” by Joyce M. Roche’