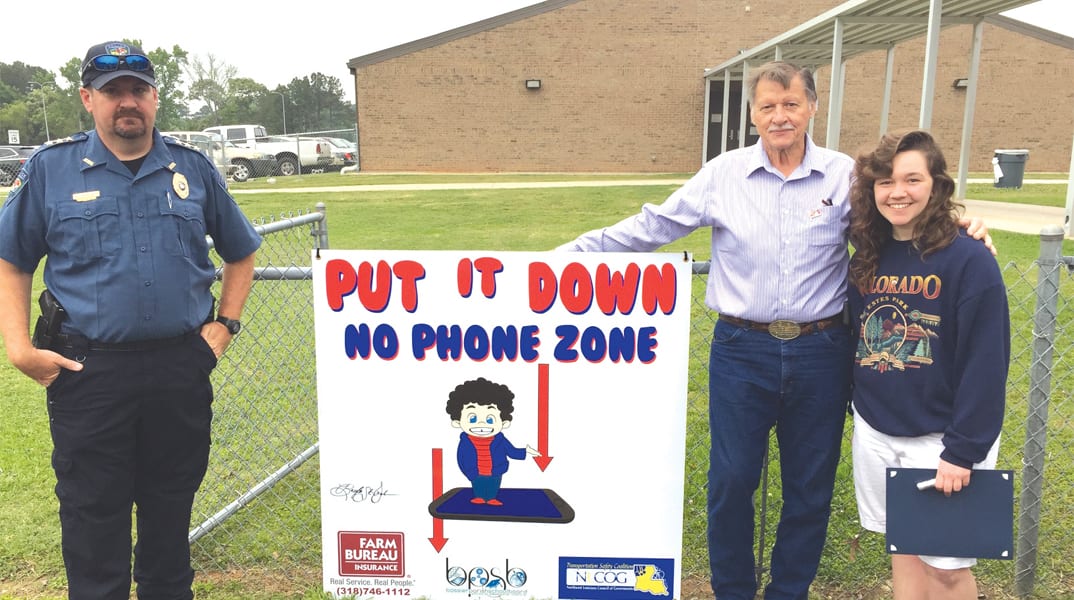 T.L. Rodes student body alone is comprised of 750 pre-kindergarten, kindergarten, and first grade students, which makes up the largest enrollment for this grade configuration.

“We have several hundred car riders that come through every day and their safety is our utmost concern,” Principal Lisle Meador said. “One thing we do is have the parents turn their cars off. That way we make sure the students are safe getting in and out of cars.”

“It is a problem and we have to address it,” Williams said. “It takes five seconds on average to send a text message while driving. Those five seconds could cost you, a loved one or one of these students their lives. This could be the choice you make between life and death. It’s not just a problem here in our state. Distracted driving needs to be addressed across the country.”

In 2014, 3,179 people died on our nation’s highways because of vehicle crashes caused by a distracted driver, according to the National Highway Traffic Safety Administration. In Louisiana alone, 192 people were killed from 2011-2015 because of some distraction either inside or outside the vehicle, and another 26,977 people were injured.

Captain Steve Robinson, Commander of Louisiana State Police Troop G, reminds the public that it is illegal to text and drive anywhere in the state of Louisiana.

“We’re asking everyone to do the right thing, to do the legal thing, and the safe thing, especially driving through a school zone,” Robinson said. “Put your phone down.”

Baylee St. John, a senior at Haughton High School, created the design for the ‘No Phone Zone’ banner. These banners will permanently displayed in the designated drop off and pick up area at the three Haughton elementary schools. Bossier Parish Farm Bureau Insurance partnered with the Safety Coalition to provide banners to these schools.

“Our statistics show that 76 percent of people actually use their cell phone at some point in time inside the car. They’re saying it’s quickly approaching the level of drunk driving, as far as the amount of accidents,” Trey Smith, Agency Manager of Bossier Parish Louisiana Farm Bureau, said. “I think this is a great cause when it comes to kids and safety.”