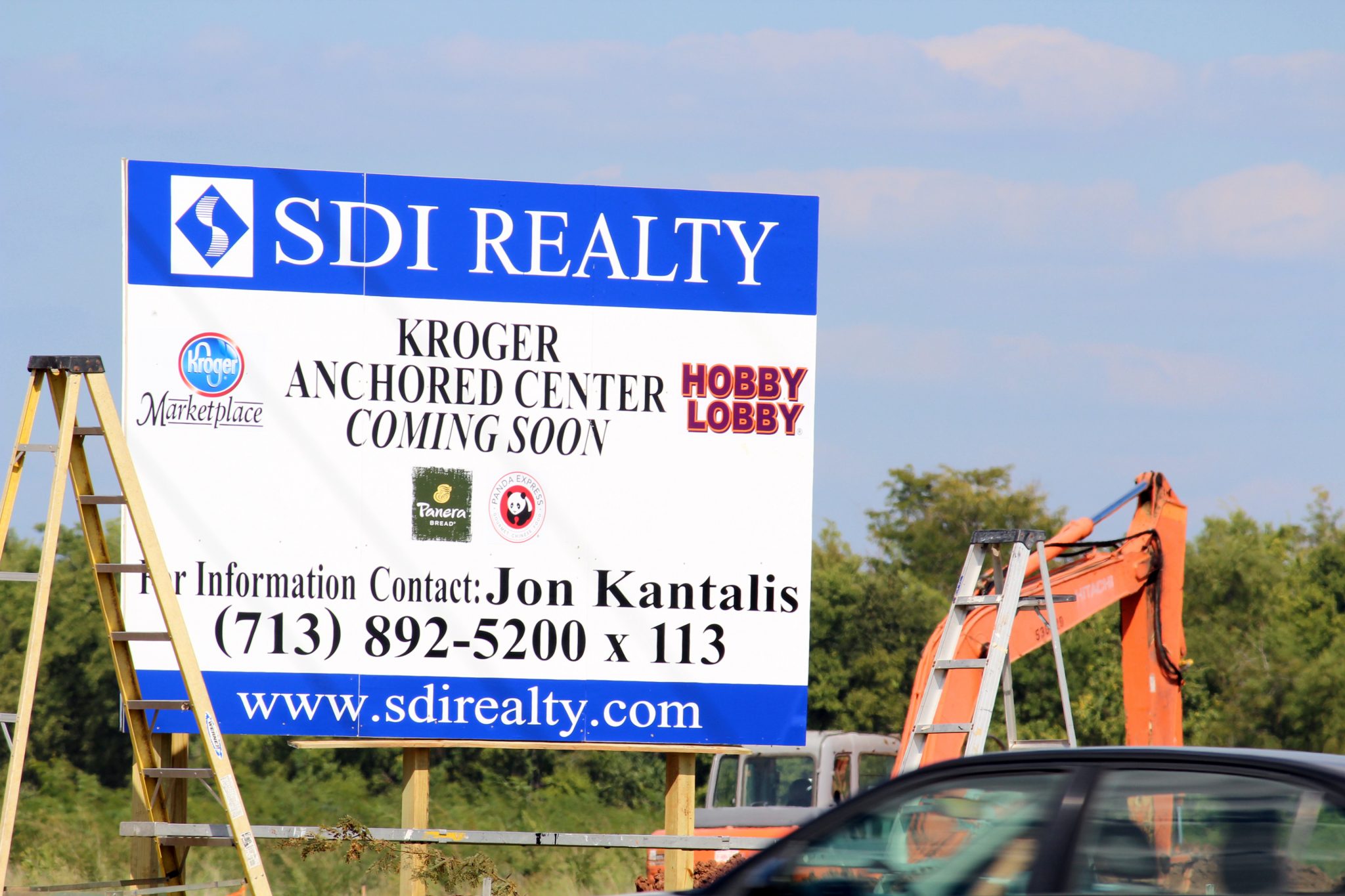 With work well underway on infrastructure for the new Kroger Marketplace development, Bossier City residents can expect more retailers and restaurants to open on the site.

A Hobby Lobby craft store, plus Panera Bread and Panda Express restaurants will be attached to the new development on Airline Drive between the WalMart and Home Depot stores.

The city is currently building a new road, George Dement Boulevard, perpendicular to Airline that will run through the Kroger development. The city is also in the process of extending Plantation Drive behind the Home Depot and Walmart to Viking Drive.

The new 124,000 square foot Kroger Marketplace store is the catalyst for this latest commercial development in north Bossier.

SDI Realty, the developers of the project, said they had several retailers and restaurants interested in the space beside the Kroger Marketplace.

“We’ve had a lot of time to put this project together, but Kroger is the catalyst for this project and once they begin construction, the rest of these businesses should fall into place and we should be open by the summer of 2015,” said Ken Delery, co-founder of SDI Realty, told the city council in February.

This type of investment for a major retail development is not a rarity. The city and Bossier Parish invested $7.4 million for infrastructure in the Sterling (Target) Center also in north Bossier.