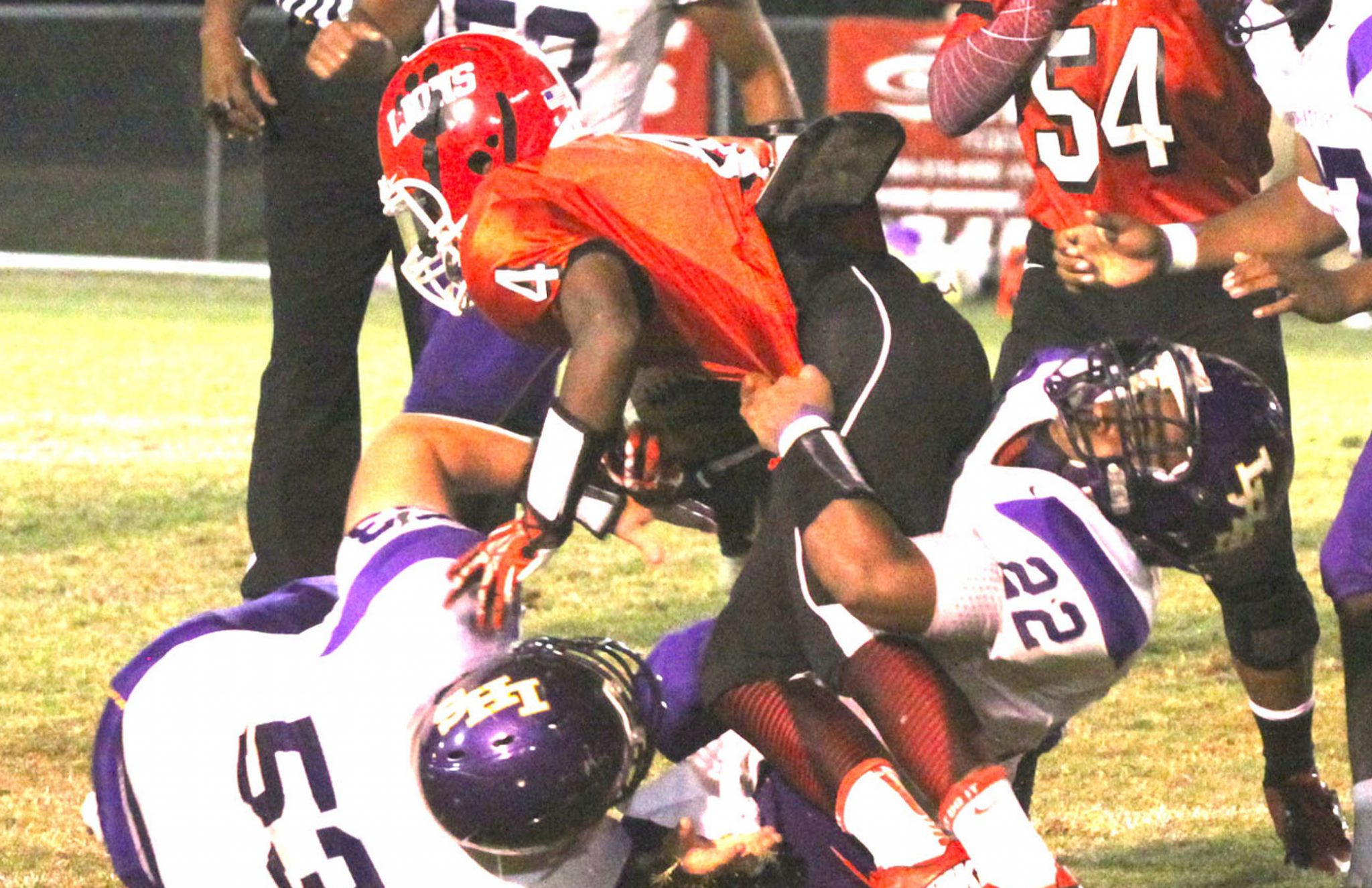 The Louisiana New Tech at Plain Dealing Lions hung with No. 4 seed Basile for a half, but the Bearcats dominated the second en route to a 42-8 Class 1A second-round victory Friday night in Basile.

New Tech, the No. 13 seed, closed its season at 6-6 under third-year head coach Coy Brotherton. Basile (11-0) hosts No. 5 Kentwood in the quarterfinals.

Thanks to a 20-yard pass from Logan Allen to Isaac Jacobs and a two-point conversion, New Tech took an early 8-6 lead.

Basile led only 14-8 at the half. The second half was a different story, though.

“That’s kind of been our problem all year, the second half,” Brotherton said. “I think in all six of our losses we got outscored by a bunch in the second half. We were in the ball game in all of them but in the end it was too much to overcome.”

Basile running back Kendrick Ceasar, who scored four touchdowns in a second-round victory over the Lions last season, proved hard to handle again.

Ceasar rushed for 1,301 yards during the regular season.

The Lions reached the second round of the playoffs with just two seniors on the roster — receiver/defensive back Tray Harris and defensive end Brian Lane.

Harris, a three-year starter, had one of the best receiving careers in school history. Brotherton said Harris faced double coverage in almost every game and had three defenders on his side at times against Basile.

“He had a good game again Friday night and a great career,” Brotherton said.

Junior quarterback Logan Allen passed for 2,545 yards and 28 touchdowns in the regular season. He added three more TD passes in the playoffs.

“Logan is the ideal football player,” Brotherton said. “He’s very tough, very smart. He wants to win so much and that’s what you want when you have a leader at quarterback.

“Logan took every snap for us. We played some teams that we had trouble at times blocking and he took some shots and got right back up and wanted the ball. If he took a hit he was wanting to deliver a hit the next play.”