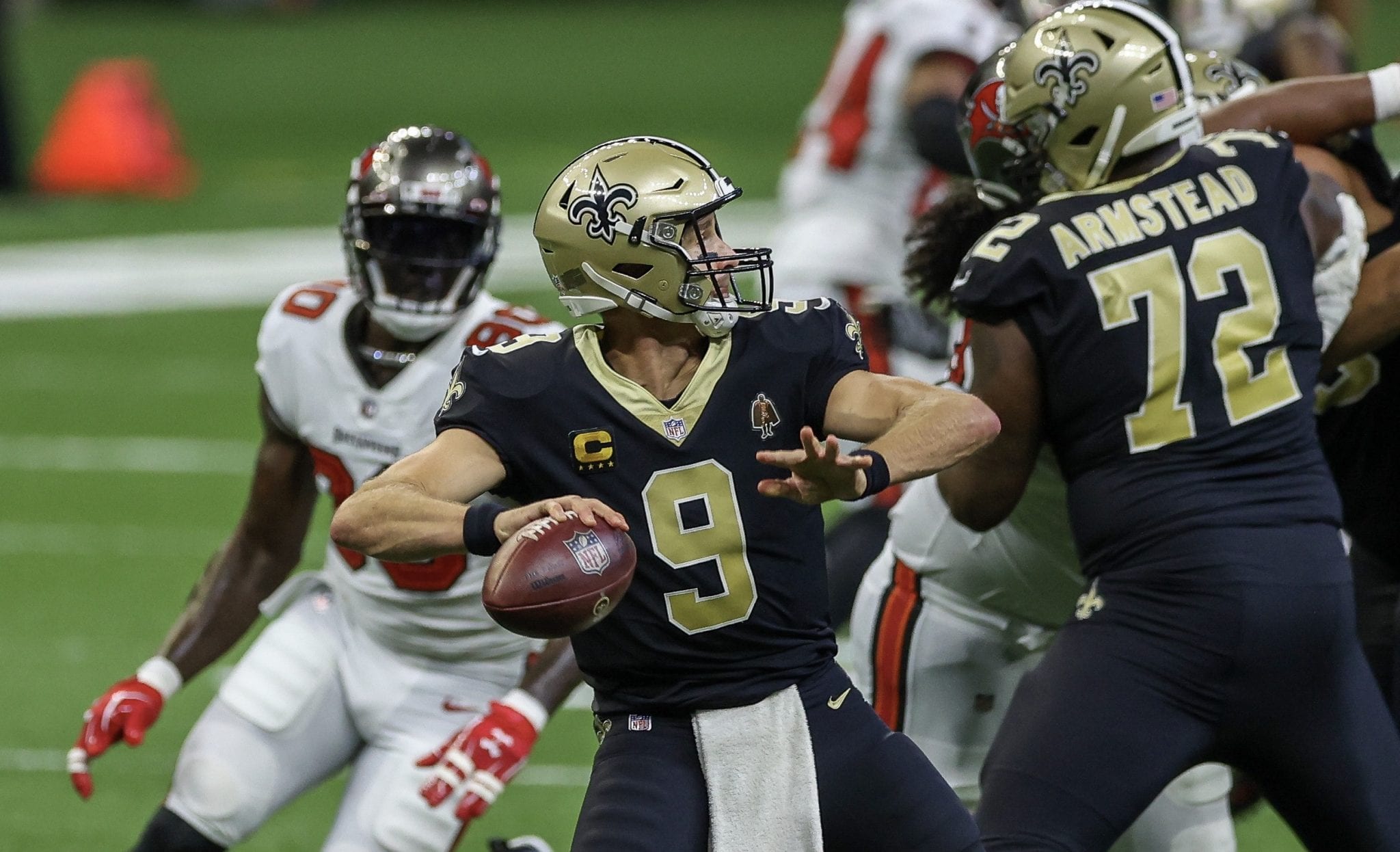 There was a reality check of sorts at Raymond James Stadium in Tampa on Sunday night. The Drew Brees-led New Orleans Saints not only wrested sole control of the division from the favored Buccaneers with an emphatic 38-3 road win, the new NFC South leaders also handed six-time Super Bowl winner Tom Brady his first sweep from a division rival in his storied, unrivaled career.

Not once during the 43-year-old’s two decades spent with the New England Patriots did his fellow AFC East rivals sweep the eventual first-ballot NFL Hall of Famer.

Not even North Webster alum and former LSU Tiger Devin White and the vaunted Tampa defense could offer Brady and the offense any support despite recording a game-leading 14 tackles, including seven solo, and a touchdown-stopping forced fumble on the goal line.

Brees dissected the Bucs defense as the Saints rolled to a quick 14-0 first-quarter lead en route to a 31-0 halftime rout — arguably the greatest first-half performance in the team’s 54-year history.

According to Lenny Vangilder of Crescent City Sports, at one point in the second quarter, the Saints had amassed 15 first downs while the Bucs had snapped the ball just 15 times.

Any criticism of the 41-year-old Brees’ arm strength and Sean Payton’s playcalling, which seemingly placed the Saints as a 3.5 point underdog for the first time all season, was quickly eradicated.

In total, Brees went 26-of-32 for 222 yards and four touchdowns to overtake Brady (561) again for the NFL’s all-time leading touchdown record with 564.

“It’s about creating tempo, creating rhythm, playing complementary football, spreading the ball around, and I think today was just a great example of all that,” said Brees, who improved his career record against Brady to 5-2.

During the game, 12 different Saints players had catches, including receivers Michael Thomas and Emmanuel Sanders, both of whom returned from injuries. Thomas had five catches for 51 yards, while Sanders caught four for 38 and a touchdown (No. 563).

“Listen, it was great. It’s great to have everybody back there. I know Mike was excited. I know Emmanuel Sanders was excited, said Brees.

“I think, honestly, my biggest thing coming into the game was just to keep those guys just calm and slowly kind of bring them back into it and not make it to where it’s one of these where all of a sudden expectations are at a certain level and they’re each playing 60 snaps, and it’s just too much.

“So I think, man, the balance of how much those guys played, their production. Just kind of getting re-indoctrinated back into it, I thought that was perfect.”

In fact, five of Brady’s seven INTs this year have now been against the Saints, including two in the Bucs’ Week 1 loss in the Superdome, 34-23.

The Saints (6-2) host San Francisco (4-5) Sunday, while the Bucs travel to Carolina for another divisional game against the Panthers (3-6).