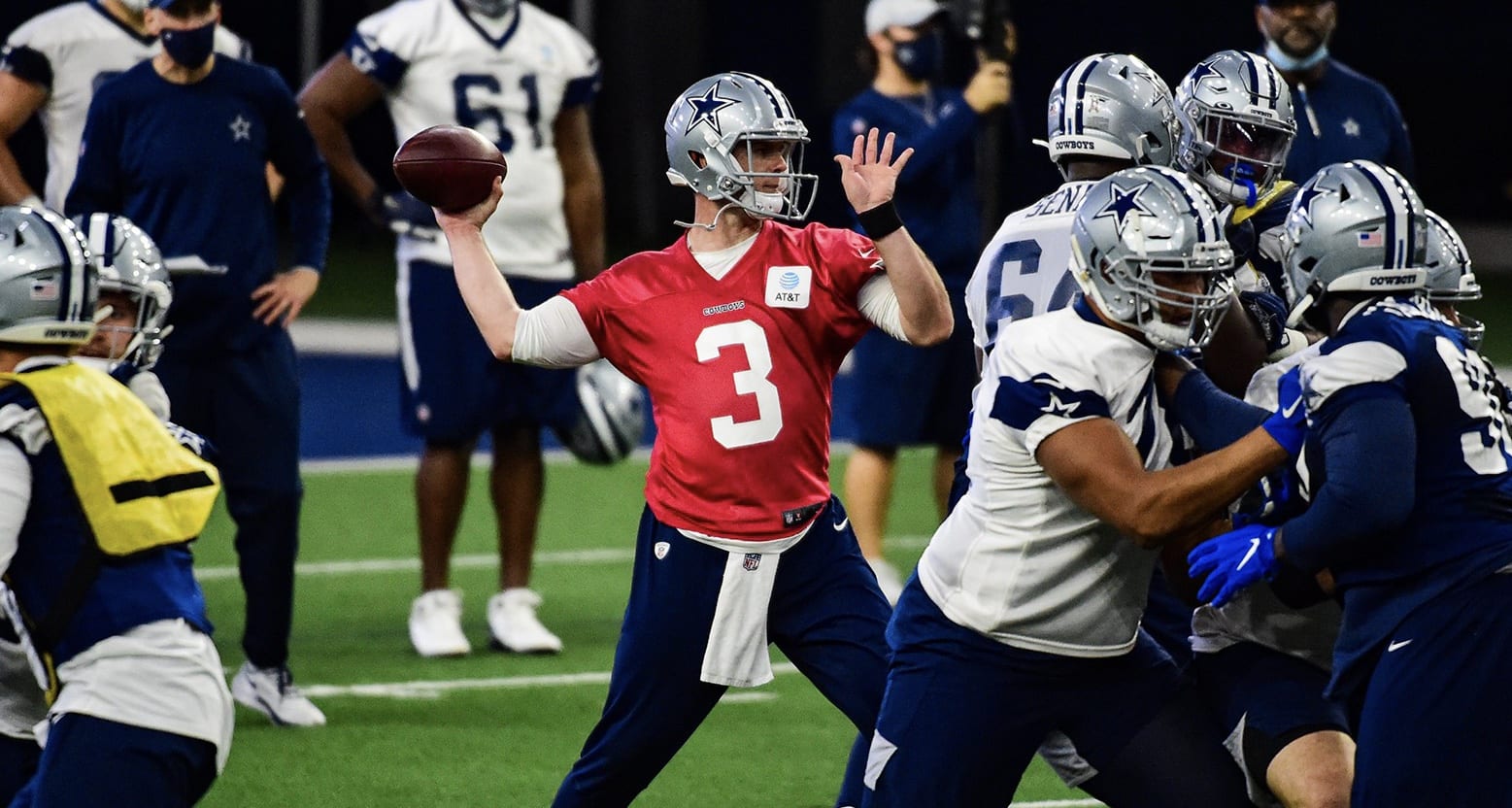 Despite fourth-string quarterback and Week 9 starter Garrett Gilbert being a play, maybe two, away from shocking the undefeated Pittsburgh Steelers, the Dallas Cowboys have already announced No.1 backup Andy Dalton as their starting quarterback for Week 11.

Gilbert, a seven-year journeyman who beat recently re-signed Dallas QB Cooper Rush for the nod against Pittsburgh, went 21-of-38 for 243 yards with one interception and a touchdown.

The elusive Gilbert was only sacked twice, a stark contrast to the 14 times combined Dalton and rookie Ben DiNucci endured in their starts.

Team VP Stephen Jones, son of team owner Jerry Jones, told sports radio after the game there was no controversy, and Dalton’s job was intact upon his return.

The elder Jones emphatically backed Dalton when asked who would be the starter come Week 12’s game against Minnesota on the same sports talk radio show with whom his son spoke.

“Andy is,” he told 105.3FM the Fan on Tuesday. “When we signed Andy, I really thought we had arguably the best backup quarterback that I’ve ever been associated with, and we’ve had some good ones with Jason Garrett and I don’t want to go over guys like that — Bernie Kosar — which are names that are from the past. But still, to have Andy Dalton as your backup quarterback when in fact Andy is, in my mind, a very legitimate starter.”

Dalton is coming off a two-game sabbatical following a concussion suffered against Washington and being placed on the team’s reserve/Covid-19 list just days later.

The former Cincinnati Bengal, who joined the Cowboys this season, took the reins after “franchise” QB Dak Prescott sustained a season-ending leg injury in Week 5, and subsequently led the Cowboys to the win over the New York Giants.