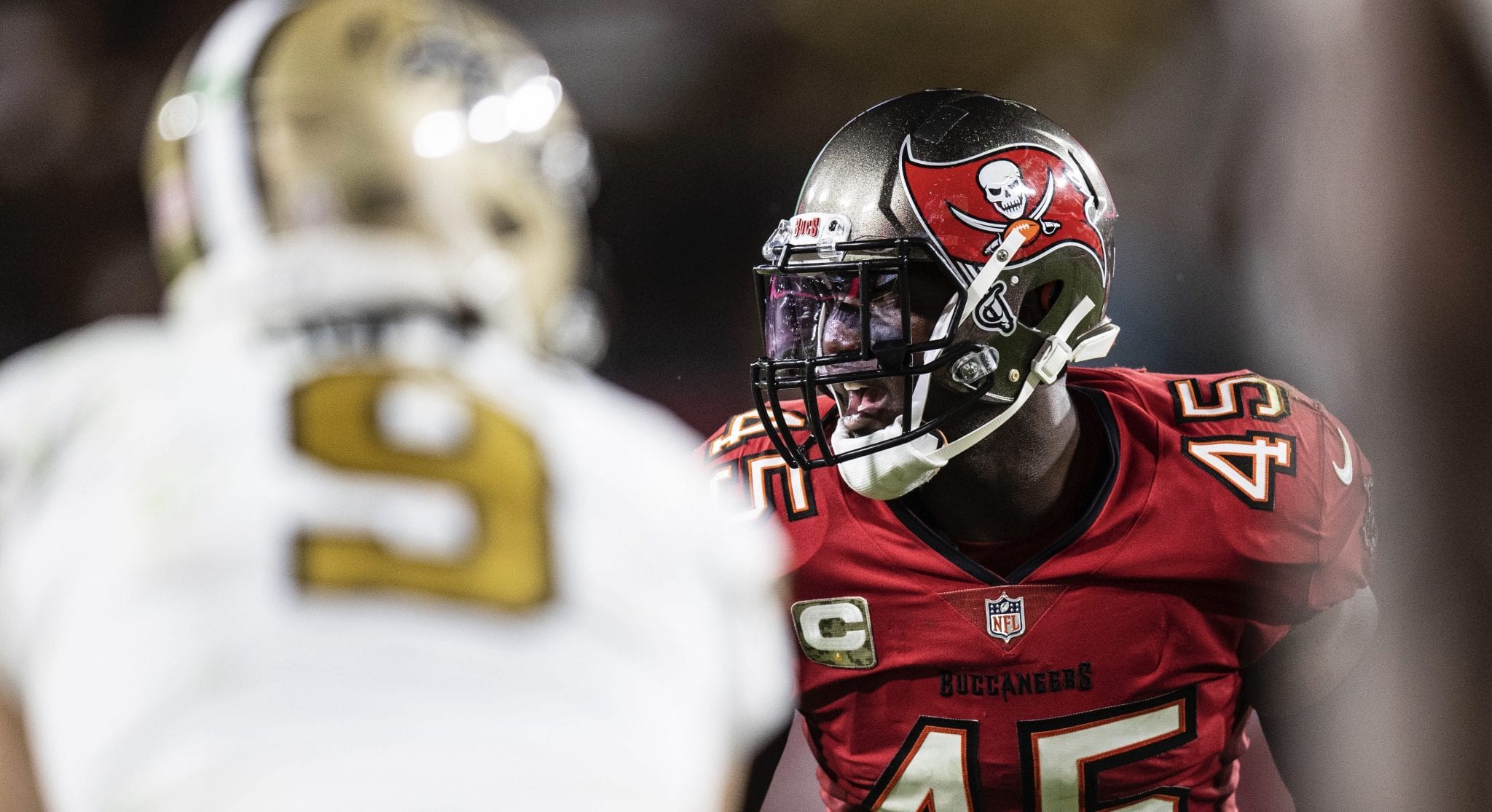 The former North Webster Knight and LSU Tiger is back from COVID-19 and all set for a ‘statement’ game against the Saints in NFC divisional round.

NEW ORLEANS — Whether or not the NFL’s all-time leading passer decides to call it quits following the season, Tampa Bay linebacker Devin White wants to collect a souvenir or two from New Orleans quarterback Drew Brees come Sunday in the Superdome.

Back off what White calls his “stupid vacation” following a positive test two weeks ago, the second-year pro out of LSU was activated from the reserve/COVID-19 list on Monday along with Buccaneers defensive lineman Steve McLendon.

Both players missed the past two games, including Tampa’s NFC wild-card win over Washington last Saturday.

“I was out there just trying to be another set of eyes for the coaches,” said White, who spent his time in quarantine watching game film for inside linebackers coach Mike Caldwell.

“The first game when I didn’t play against Atlanta, my coach gave me an assignment to just text him and tell him what I’d seen at halftime and just kind of be another ear for him … just keeping my mind on football as the game was going on, and I think it worked pretty well for me.

“I was locked in. I still felt part of the team.”

The Bucs (12-5) are 0-2 against their NFC South rival Saints (13-4) this season, with the most notable loss coming in Week 9 after a 38-3 blowout at home inside Raymond James Stadium.

The Saints have won five in a row against the Bucs, but a loss Sunday would not only derail the Saints’ Super Bowl plans for a fourth straight season, but also send Brees off into the sunset as retirement rumors persist for the 20-year NFL veteran, who turned 42 on Friday (Jan. 15).

“If it is his last game, I do need to get a pick and a sack off him,” said White, who is third in the league in solo tackles with 97 even after missing the final regular-season game due to COVID-19.