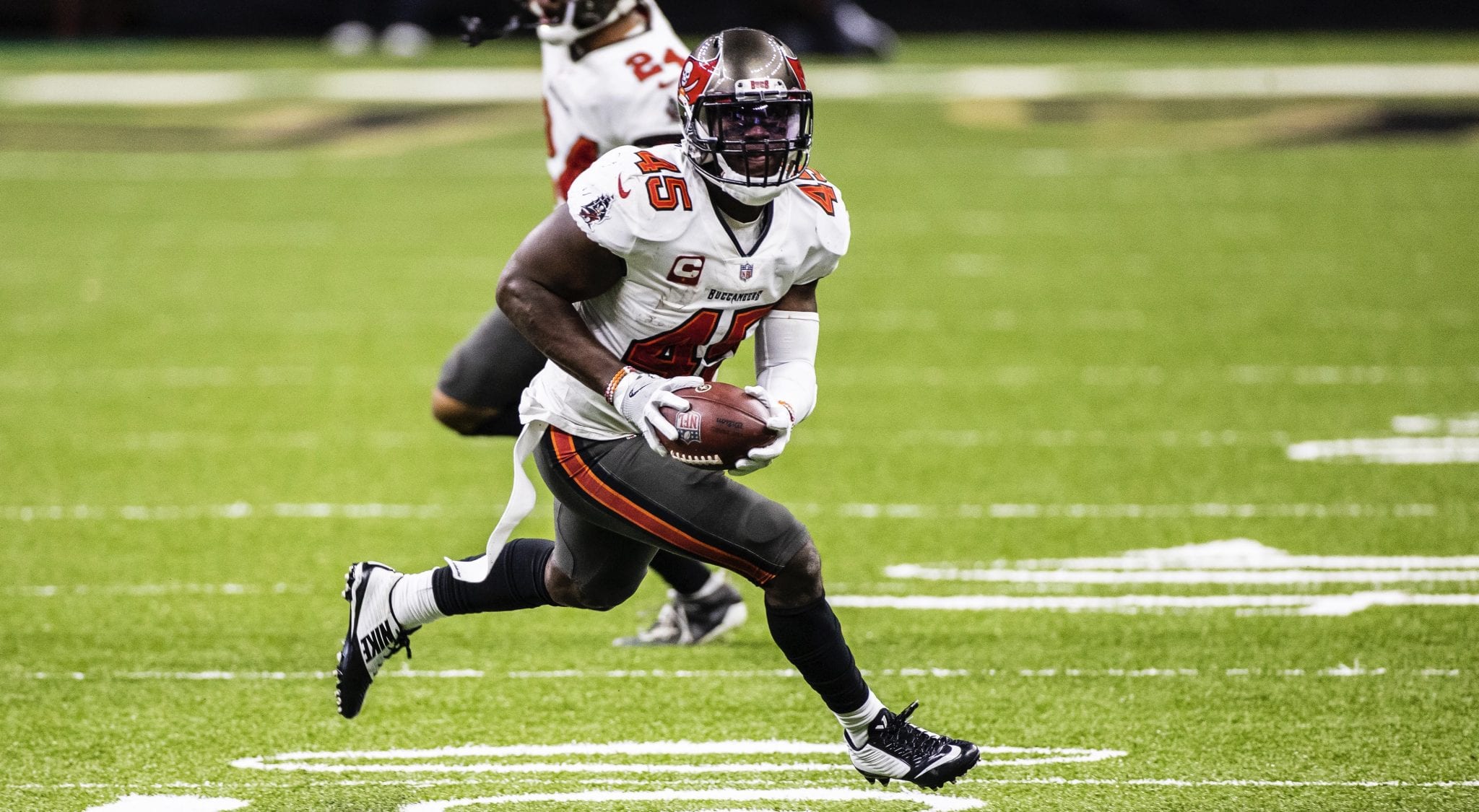 Former LSU star Devin White returns from COVID-19 with authority and sends Drew Brees and the Saints off into the sunset.

NEW ORLEANS — Former North Webster Knight and LSU Tiger Devin White made his triumphant return on Sunday after missing the previous two games due to COVID-19.

The 22-year-old inside linebacker was hoping for a “statement” game and his wishes came true during Tampa Bay’s 30-20 win over the New Orleans Saints inside the Mercedes-Benz Superdome on Sunday.

White led the Bucs with 11 tackles (10 solo) and nabbed both a fumble recovery and an interception in a pivotal performance that sent the Saints home earlier than expected in the NFC playoffs.

“It was all a team effort,” said White after the game. “I think the number-one thing is, (defensive coordinator) Todd Bowles said we were going to be feisty. We’re going to challenge those guys, and he was going to take us over them. I said the same thing. I said, ‘I’m going to take my guys over their guys.’ Because I know one thing, we might be young but we can get after it when we’ve got our mindset to it.”

Future Hall of Fame quarterbacks Drew Brees and Tom Brady went head-to-head for a third and final time this season, with the recently-turned 42-year-old (Jan. 15) falling to 5-3 all-time against Brady, 43.

Brees passed for 134 yards compared to Brady’s 199, but it was three costly interceptions that sealed the Saints’ fate with the Bucs capitalizing for 21 points.

“The job’s still not finished yet,” said White. “It was never about finishing (with) just beating the Saints. It was always about getting to the bigger goal. Tom preached that and Tom is a winner, and I’m glad to be playing under his leadership.”

The Saints finished 13-5 overall and 2-1 against the Bucs in what is rumored to be Brees’ last game. The NFL’s all-time leading passer was coy about his future following the loss.

“Well, I’ll answer this question one time, and that is that I’m going to give myself an opportunity to think about the season, think about a lot of things, just like I did last year, and make a decision,” said Brees.

With the win, Tampa Bay (13-5) advances to the NFC Championship game in Green Bay against Aaron Rodgers and the Packers (14-3).