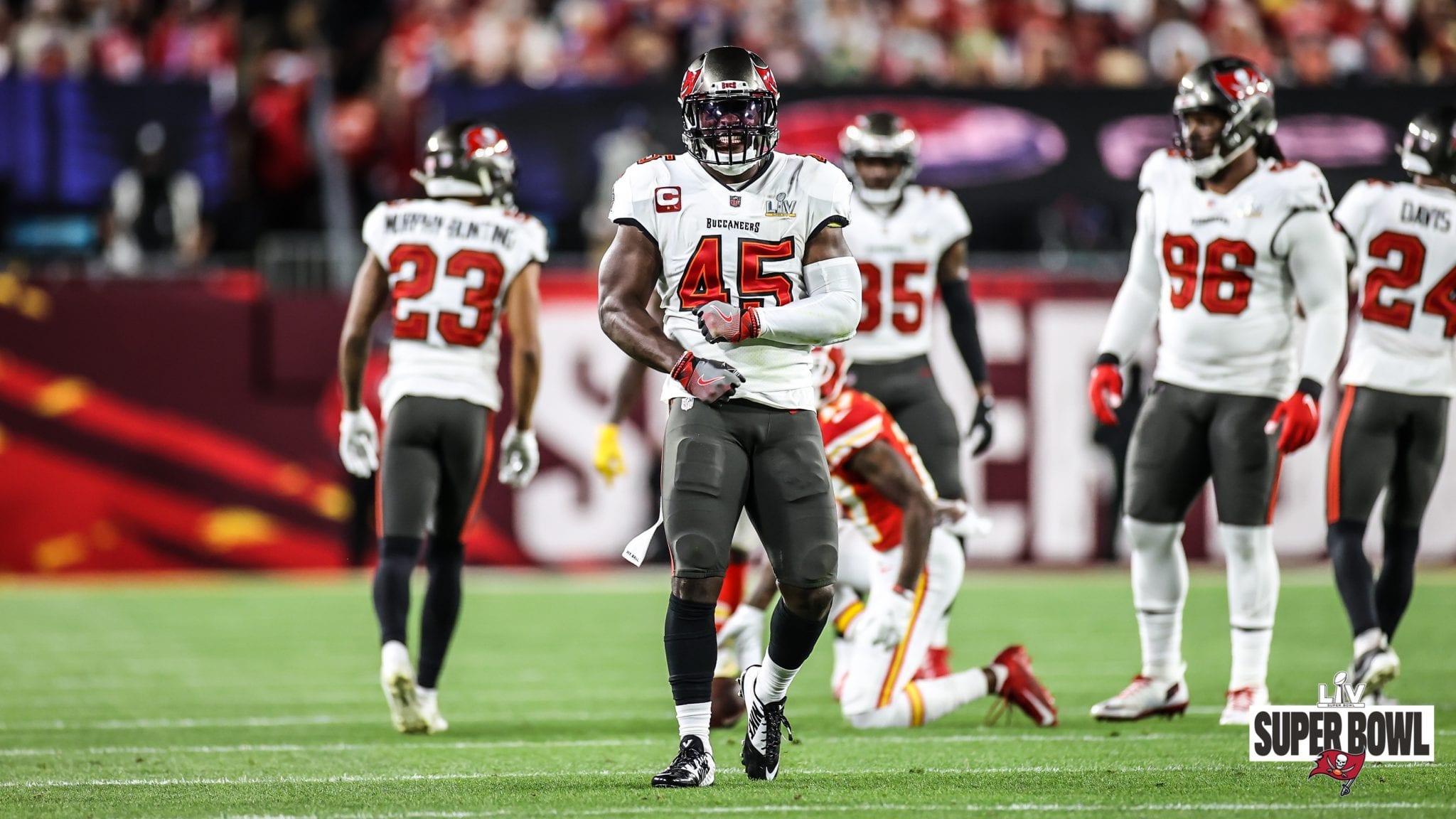 With just a minute to play, former LSU star Devin White picked off Patrick Mahomes on the goal line to put the final nail in the Chiefs’ coffin and clinch Tampa Bay’s 31-9 victory over the defending NFL champions.

The high-powered Kansas City offense failed to launch all night. The Buccaneers defense led by White held Mahomes without a touchdown and gave the 24-year-old superstar the first double-digit loss of his pro career.

The Second-Team All-Pro inside linebacker wrapped up a stellar second season with a game-high 12 tackles (eight solo), including two for a loss, and the interception. Mahomes went 26-of-49 for 270 yards with two INTs, including the one to White and another to rookie safety Antoine Winfield Jr.

While an overwhelming majority of media attention is being directed toward 43-year-old Tom Brady, who won his seventh Super Bowl ring — and fifth MVP — in 10 appearances, his first since leaving the New England Patriots with whom he spent the past 20 seasons, the Bucs defense deserves the lions share of the credit.

White and company limited the Chiefs to 350 total yards, but more impressively only allowed three third-down conversions out of 13 and just one of three on fourth down.

The 22-year-old from North Webster High School was one of six LSU players in Super Bowl LV, including teammate Leonard Fournette, who rushed for 89 yards on 16 carries and scored on a 27-yard touchdown run to break the game open in the third quarter.

“The whole team is unselfish,” said White. “Think about this: We had one Pro Bowler and we were able to win the Super Bowl. How does that sound? It doesn’t sound good.

“How do we have only one Pro Bowler but a team with no Pro Bowlers is able to go on and win the Super Bowl?

“Something’s not right, but that’s not what we played for,” continued the Cotton Valley native. “We played for the bigger picture. One team, one goal, and that’s to put rings on our fingers.”

The win marks only the second Super Bowl victory — and appearance — in franchise history. The Bucs, who finished 15-5 overall after posting an 11-5  regular-season mark, defeated the then-Oakland Raiders 48-21 in January 2003.