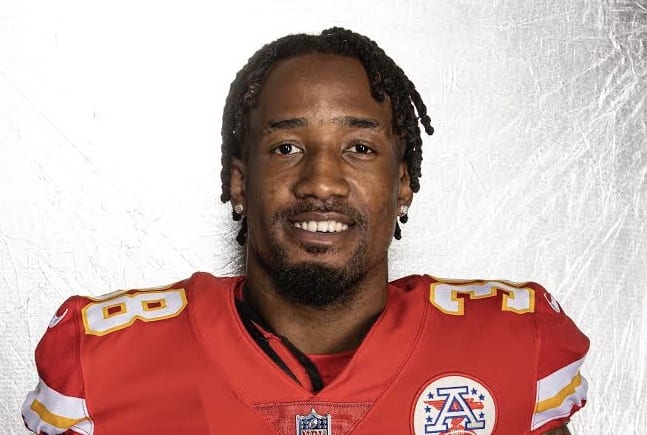 Minden’s L’Jarius Sneed continues to shine in his rookie season with a standout performance against Drew Brees in the Superdome.

An injured Saints squad was valiant in a losing effort to the reigning Super Bowl champions in the Mercedes-Benz Superdome on Sunday. New Orleans, without All-Pro receivers Michael Thomas and Deonte Harris, fell 32-29, in what was a physical game from start to finish.

Rookie sensation L’Jarius Sneed welcomed a returning Drew Brees by intercepting the NFL’s all-time leading passer on the Saints second offensive possession of the game. The INT was Sneed’s third pick of the season – his first being a 39-yard interception return in his pro debut.

The Minden native, who was selected in the fourth round from Louisiana Tech, then recorded his first career sack – a drive ending play with the Saints trailing 14-0 at the start of the second quarter.

The 23-year-old added three tackles and three pass deflections to his game totals, with the only blemish coming from a Saints score late in the game.

Brees did not look his usual All-Pro self, going 5-of-16 early in the game. His start marked the soon-to-be 42-year-old (Jan. 15) first game back since suffering 11 fractured ribs and a punctured lung against San Francisco in Week 10.

Brees finished 15-of-34 for 234 yards, three touchdowns and the lone interception to Sneed, which he later avenged with the TD to Lil’Jordan Humphrey.

Meanwhile, Brees’ 25-year-old counterpart Patrick Mahomes went 26-of-47 for 254 yards with three touchdowns and no interceptions.

The loss drops the Saints to 10-4 overall tied with the Seattle Seahawks and a game behind Green Bay (11-3) in the race for the No. 1 seed in the NFC, which gives home-field advantage during the playoffs and a first-round bye.

The Saints host the Minnesota Vikings (6-8) on Christmas Day (Friday), while the AFC-leading Chiefs (13-1) host the Atlanta Falcons (4-10) on Sunday.

Another double-digit day for White in Bucs win

North Webster alum Devin White continues his run at an All-Pro season with his seventh double-digit tackle performance in his sophomore season at Tampa Bay.

According to White, defensive coordinator Todd Bowles told him ”You’re about to take over this game.”

And that’s exactly what he did.

The former LSU Tiger and current Buccaneer team captain recorded 12 tackles, as well as three sacks and two defended passes in Tampa’s 31-27 win over the Falcons in Atlanta’s Mercedes-Benz Stadium.