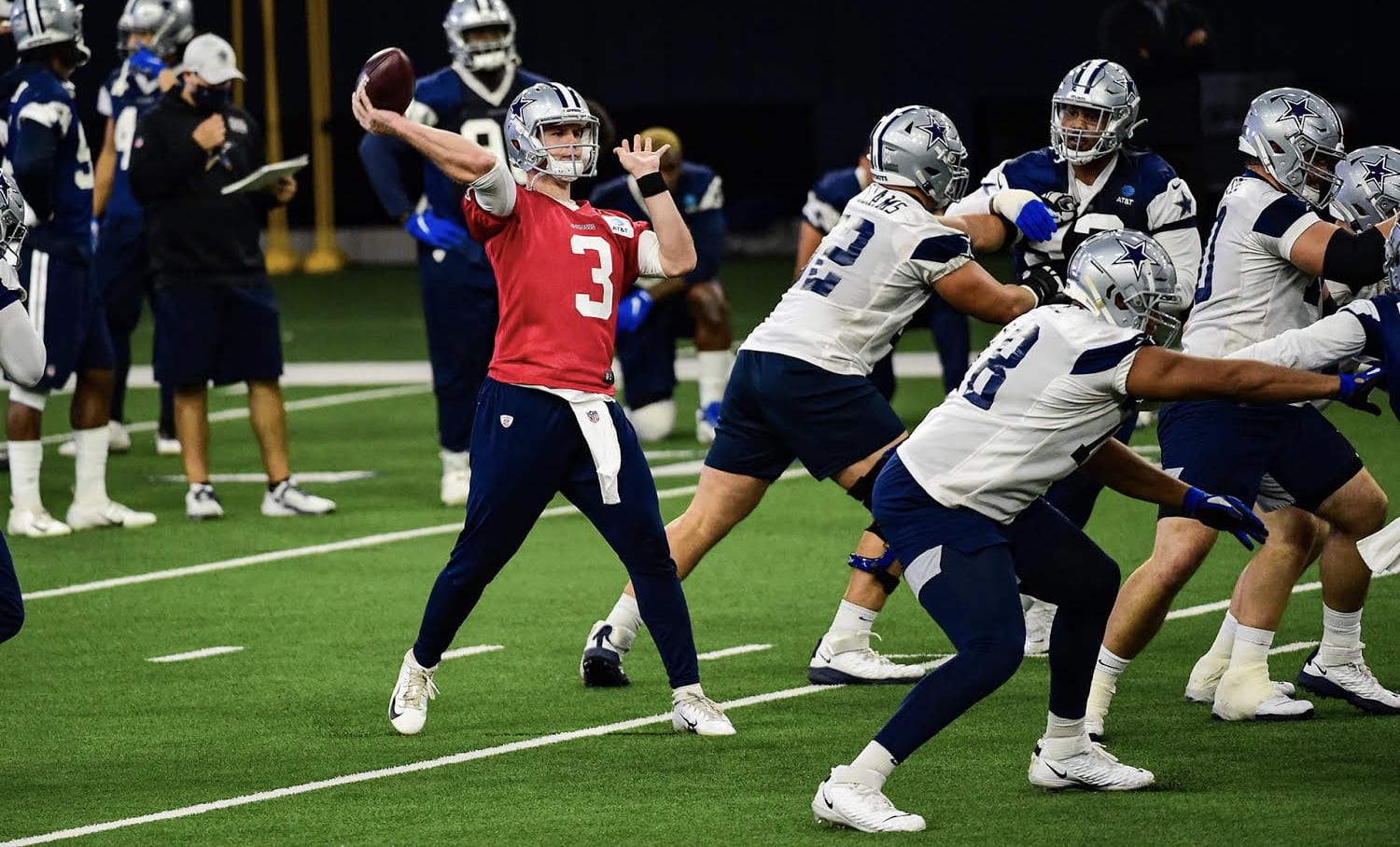 Cowboys show signs of life in losing effort to Pittsburgh, but Dalton still starter upon his return according to team VP Stephen Jones.

For the briefest of moments this season, the Dallas Cowboys showed fire with a 13-0 lead over the undefeated Pittsburgh Steelers after nearly 30 minutes of play.

Led by their fourth quarterback of an already forgettable season, Garrett Gilbert, the Cowboys appeared to be on the verge of winning just their third game of the season — and second since losing “franchise” quarterback and former Haughton Buccaneer Dak Prescott to a season-ending leg injury against the New York Giants in Week 5.

With Prescott’s No. 1 backup Andy Dalton, who led Dallas to its second win in replacement duty following Prescott’s third-quarter injury against the Giants, out with a concussion and Covid-19 quarantine the past two weeks, and seventh-round rookie Ben DiNucci benched followed an atrocious outing against the Eagles last week, Gilbert got the nod over recently re-signed Cooper Rush.

While Dalton and DiNucci were sacked 14 times combined, Gilbert proved ever elusive and went 21-of-38 for 243 yards with one interception and a touchdown. The seven-year journeyman out of SMU was sacked twice but was elusive in running three times for 28 yards and a 9.3-yard average and long of 15.

Gilbert ended the first half with a higher passer rating than future NFL Hall of Famer Ben Roethlisberger and more yards than the entire Steelers running back unit.

Unfortunately for Gilbert and the Cowboys, their luck ran out in the second half with Roethlisberger taking advantage of a beleaguered defense and costly penalties to complete the comeback with a 24-19 win on the road at AT&T Stadium.

However, despite Gilbert’s inspiring debut performance, and Dalton’s lackluster outings before his injury and quarantine, there are currently no plans for the 29-year-old to unseat the former Cincinnati Bengal once Dalton is cleared for competition, according to Cowboys VP Stephen Jones.

The son of team owner Jerry Jones told 105.3 ‘The Fan’ he thought Gilbert had a “hell of a day” and gave them “every opportunity to win” against the Steelers. But Andy Dalton will be Dallas’ starting QB when he returns from the reserve/COVID-19 list.

With the loss, the Cowboys fell to 2-7 overall and share the cellar with fellow NFC East members New York (2-7) and Washington (2-6), with Philadelphia topping the dreadful division at 3-4.

For now, Dallas will enjoy a much-needed bye week before heading to Minnesota to play the Vikings on Sunday, Nov. 22, before hosting Washington in their traditional Thanksgiving Day game four days later.