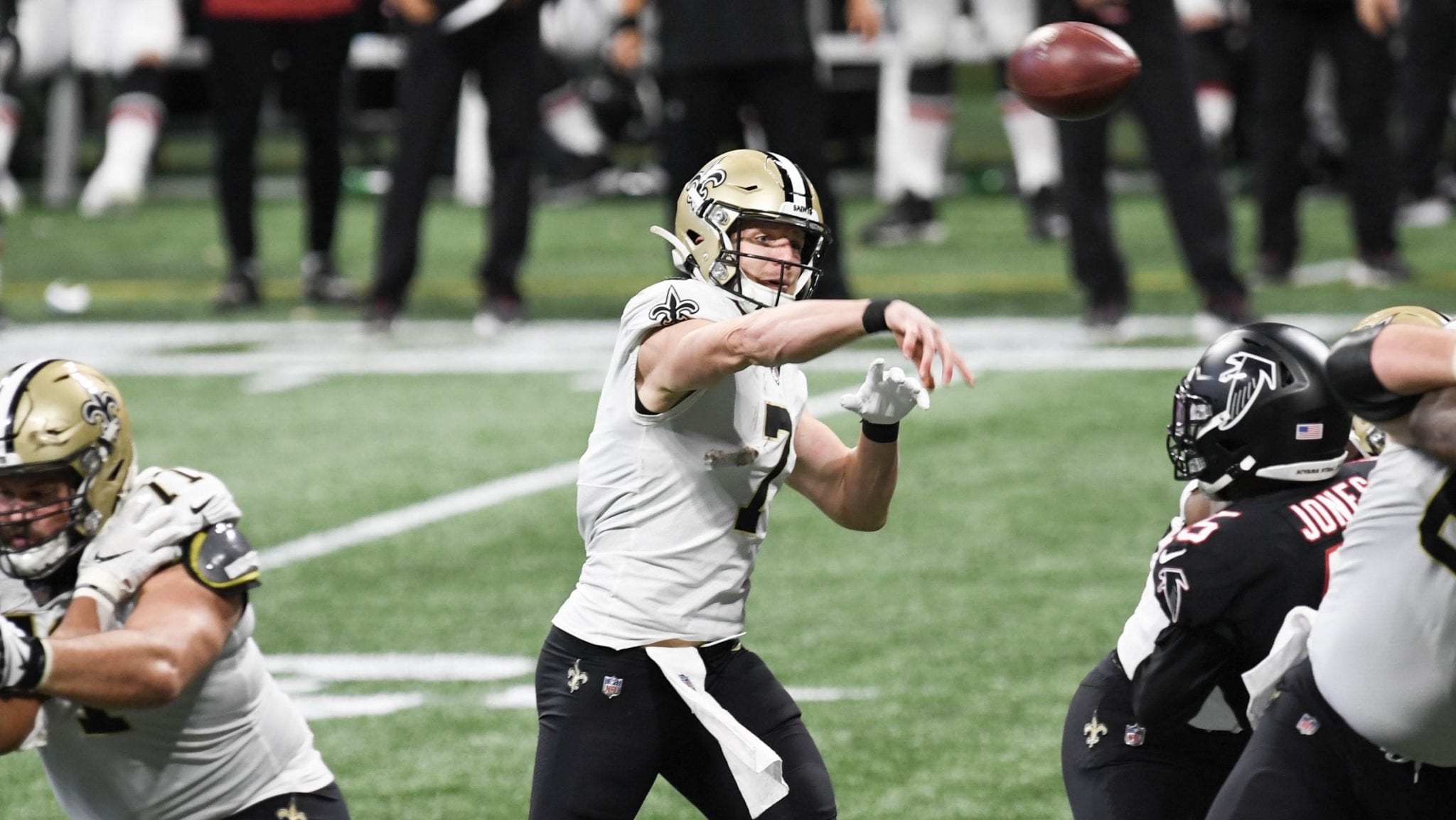 Taysom Hill a perfect 3-0 as Saints starter as Drew Brees makes an imminent return with a postseason run already secured.

With or without Drew Brees, Sean Payton’s Saints know how to win. New Orleans won their ninth straight to improve to an NFC best 10-2 and capture a spot in the postseason.

With the NFL’s all-time leading passer still recovering from 11 rib fractures suffered against San Francisco in Week 10, Taysom Hill continues to evolve in his stead.

”Slash” as he is commonly referred to for his ability to play – and successfully perform – at a multitude of offensive and special teams positions, guided the Saints to his third straight win as the starting quarterback and even threw the first two touchdowns of his career in the 21-16 road victory over the Atlanta Falcons on Sunday.

Hill even outperformed 2016 league MVP Matt Ryan to beat the NFC South rival for the second time in three weeks.

“I don’t care as much as people might think about statistics and all the stuff, ” said Hill about his first career TD passes. ”I care about winning football games. I know there have been a lot of conversations about getting your first touchdown completion, but as long as we’re winning football games, I’m happy.”

During Hill’s stretch as a starter, he has thrown for 543 yards, two touchdowns and one interception. He’s been sacked eight times, including twice on Sunday, and rushed for 176 yards and another four scores. Hill has also fumbled the ball five times – losing two – during that same span.

“I think his third downs all game were strong,” said Payton. ”I thought his performance was strong. He made a lot of throws.

”I don’t like the position I put him in late in that game with the turnover, but that’s what I saw,” he continued referring to Hill’s lost fumble. ”I thought, man, we converted a number of third downs. I don’t know what our final percentage was. I think we were nine-something, 9-13. I thought he played well.”

However, Hill’s tenure as the starter may be brief as ESPN reported Brees was spotted throwing at practice this past week and is on track to play as early as next Sunday (Dec. 13) against the Philadelphia Eagles (3-8-1).

The Saints are a perfect 8-0 without Brees the past two seasons, including a five-game stretch last year with current Carolina quarterback Teddy Bridgewater at the helm.

“Look, it’s the position everyone focuses on, but, man, our team’s playing well,” explained Payton. ”We’re fortunate to have depth at a number of positions and that’s including quarterback.”