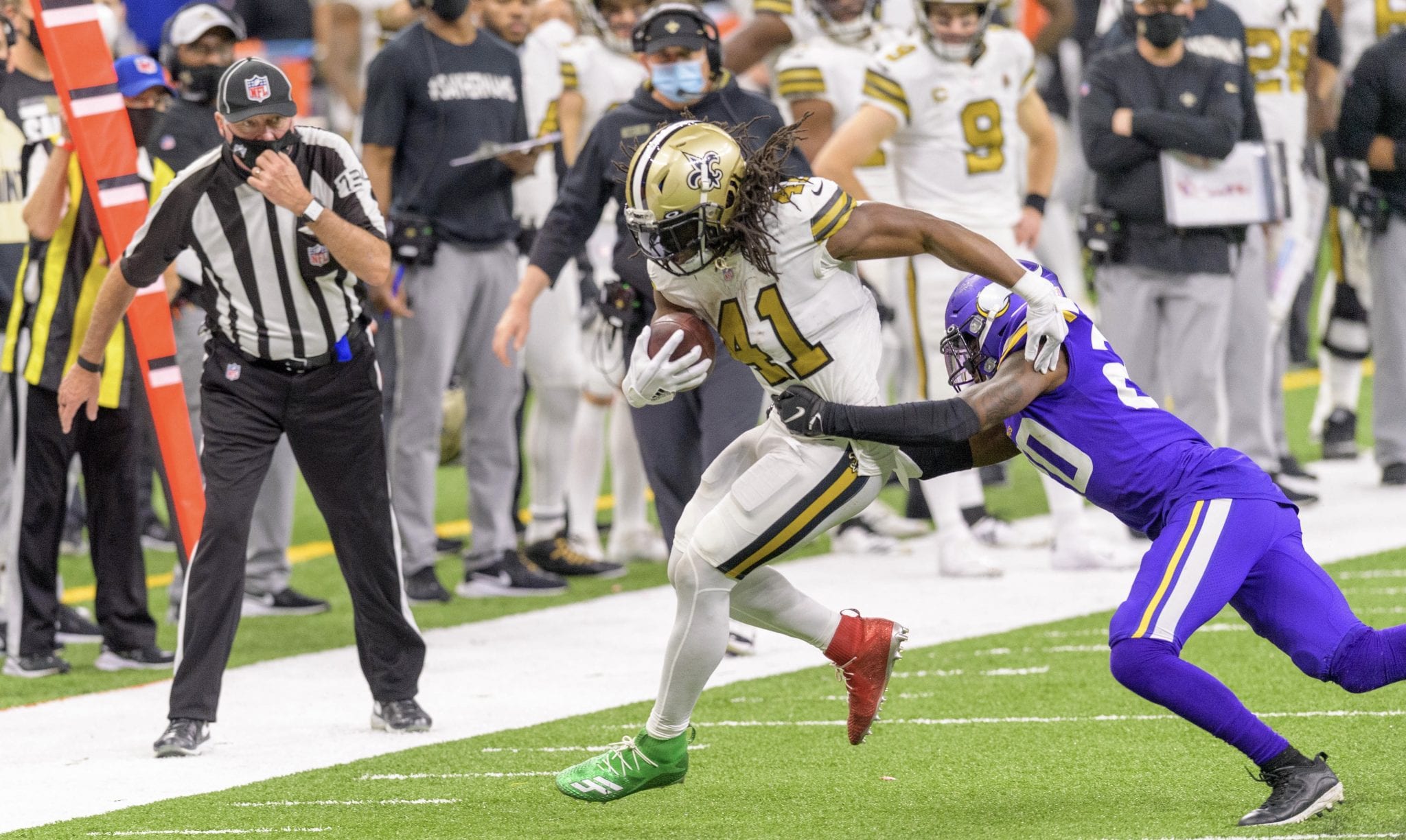 The Saints stopped a surprising late-season slump inside the Mercedes-Benz Superdome on Friday with a 52-33 thrashing of the Minnesota Vikings (6-9) thanks in large part to the super-human play of running back Alvin Kamara.

The 25-year-old, four-year pro out of the University of Tennessee had about as good a game as anyone in the history of the NFL with a career-game consisting of six scores.

Kamara rushed for 155 yards on 22 carries for a 7.05-yard average and crossed the goal line a dizzying half a dozen times. He also recorded three receptions for 17 yards as well.

His six rushing touchdowns are tied for the most all-time in one game with Ernie Nevers (Cardinals vs. Bears, Nov. 28, 1929), and at the time he had more touchdowns in one game than Ezekiel Elliott, James Connor, Kareem Hunt, Miles Sanders, Chris Carson and Clyde Edwards-Helaire had individually all season.

“It just feels good to have one of those days just for the team, just for the offense’s morale,” said Kamara in the postgame press conference. “I always say this, I’m not focused on personal goals, and yards, and stuff like that. As long as the team has success then personal success will come.”

Kamara’s performance even propelled quarterback Drew Brees’ 11-year-old son into a fantasy league championship win of his own.

“So Baylen was in the finals going into this week, and I guess six touchdowns get you 56 fantasy points, and that turns out to be pretty good,” said a smiling Brees after the game.

Looks like the Saints’ investment in Kamara, who signed a five-year, $75 million extension at the start of the season, is already paying dividends.

Kamara has a career-high 932 rushing yards with one week remaining. He also has caught 83 passes for 756 yards — 67 of those receptions coming in 11 games played with Brees this year, which is more than 25 percent of Brees’ completions.

With the win, the Saints move to 11-4 overall and clinch a record fourth-straight NFC South title, a feat not lost on head coach Sean Payton with one game to remaining.

“Obviously, the first goal is to win your division and then get your seeding as best you can for the postseason,” said Payton. “I was proud of how they played. We played hard with a lot of different players filling in. Seven different starters out and, man, we just we just kept grinding.”

The second-seed Saints close out the regular season on the road against the Carolina Panthers (5-10) on Sunday, while the NFC’s No. 1 seed Green Bay Packers (12-3) wrap at Chicago (8-7).