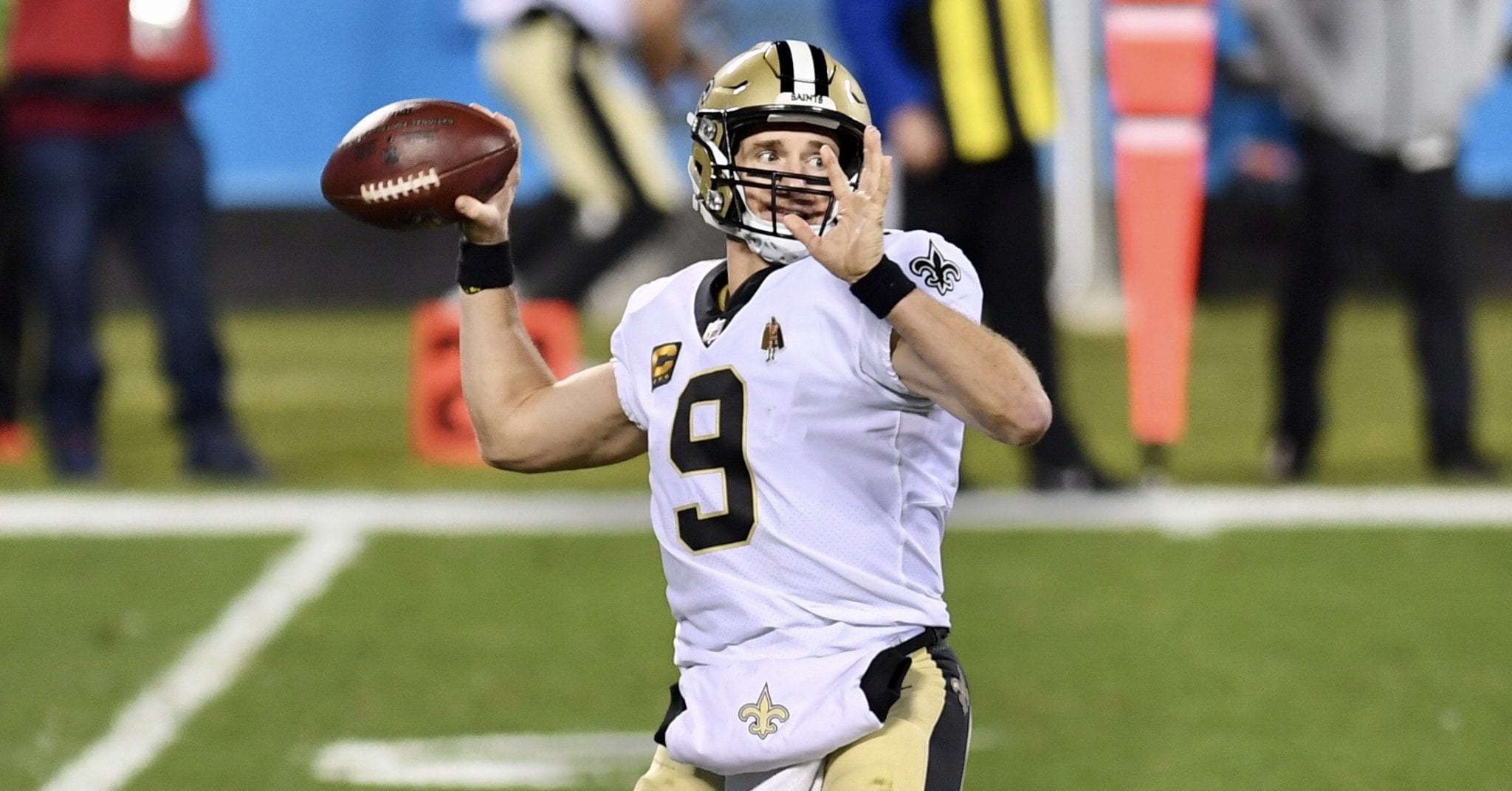 Despite all of their running backs and the majority of their receiving corps out with injury or quarantine, the New Orleans Saints decimated the Carolina Panthers 33-7 on the road Sunday.

Even without All-Pro Michael Thomas and star running back Alvin Kamara, Drew Brees threw for three touchdowns as the Saints completed a full sweep of their NFC South rivals and wrapped their regular season schedule with a 12-4 record and No. 2 seed for the playoffs.

The win also marks three consecutive seasons of at least 12 victories for the first time in franchise history. New Orleans joins Kansas City as the only two clubs to finish with at least 12 wins in each of the last three seasons.

Brees went 22-of-32 for 201 yards on the day with receiver Emmanuel Sanders nabbing nine of those throws for 63 yards and a score. Marquez Callaway had three receptions for 51 yards and Jared Cook caught the ball four times for 43 yards and a touchdown.

“Obviously, we were dealt kind of a crazy hand with the running backs situation going into this game,” said Brees in the post-game presser. “But, man, says so much about our team, the way that we’ve been able to respond.

“And also I think we’ve been able to see a lot out of young players that now are playing more pivotal roles for us.”

Aside from the defense recording five interceptions, the star of the game could be receiver Ty Montgomery, who filled in at running back and rushed for 105 yards on 18 carries.

“His versatility is unique,” said Saints coach Sean Payton. “That’s something we were very fortunate to have today.”

Thomas is still nursing an injured ankle, as is Tre’Quan Smith. Wide receiver Deonte Harris was out with an injured neck and tight end Josh Hill missed due to a hand injury.

Not to mention Kamara, fresh of off a record six-touchdown performance, and the entire Saints running back stable out of action due to Covid-19 contact.

With Thomas and Harris eligible to return off injured reserve next week and Kamara and company expected back by then too, the Saints should be close to full strength offensively just in time to make a run on Super Bowl LV in Tampa.

“I know we get Mike Thomas back; I think the last three weeks being down have been great for him,” shared Brees. “And we’ll just take it one step at a time here.”

The Saints were masters of their destiny before dropping two straight last month to lose control of the top seed to Green Bay (13-3), which beat the Saints in Week 3.

Now, New Orleans will host Chicago (8-8) Sunday while the Packers enjoy the NFC’s only bye.