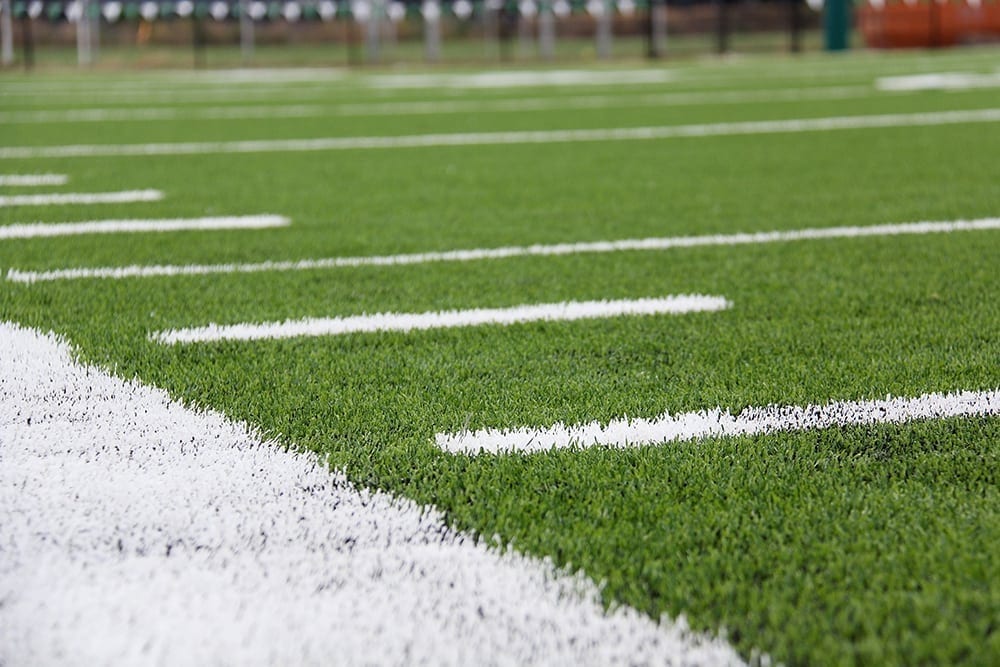 There are no plans to add artificial turf fields at Bossier’s five remaining football stadiums.

Bossier Schools unveiled the district’s first and only turf field at Bossier High School last week. The field was approved and funded through a cooperative endeavor agreement between the City of Bossier City, the Bossier Parish School Board and the Bossier Parish Police Jury, meaning funds from the 2012 construction bond were not used.

Keith Norwood, Supervisor of Planning and Construction for Bossier Schools, explained that the school district sold a building that once housed their adult learning center and life skills center to the City of Bossier City in exchange for the money that was originally dedicated to resurfacing Bossier High’s track.
“That’s how Bossier High got the first turf field,” he said. “It went from being a track that was funded to a field that was funded by this cooperative endeavor agreement.”

Bossier High’s stadium will serve as an alternative site for outdoor events in case of inclement weather. An example being the Lion’s Club annual football jamboree, which was canceled in 2016 due to poor weather and field conditions.

As a result, it was determined that an all weather facility was needed somewhere in the parish to prevent a cancelation from happening again.
The school board approved the initial study to determine cost estimates for artificial turf fields at 5A schools Airline, Haughton and Parkway as well as Bossier High. The study resulted in an estimate of $5.5 million.
Ultimately, the school board voted not to fund artificial turf fields. Their 6-6 vote at a January 2017 meeting stopped the process from moving forward.
“They just could not find the funding to do as many schools as they would have liked,” Norwood said. “The school system always has needs. It’s just a matter of determining which ones have a higher priority and which ones are more urgent.”

Whether or not other schools will get a turf field…that depends.
“If a need or demand for this field develops and it’s justified having another one somewhere, the board might look at it again at some point,” Norwood said. “It’s discretionary item. It’s up to the school board to make that decision. Honestly, we don’t need an all weather facility at every school.”

However, there has been no further discussion of any additional turf fields.
Another way a school could get a turf field would be through a private donor.
“A school may find a way of funding it through other sources, typically a private donor,” he said. “It’s a million dollars minimum per field. We haven’t had a private donation of that magnitude that I’m aware of. It’s not outside of the realm of possibility though.”