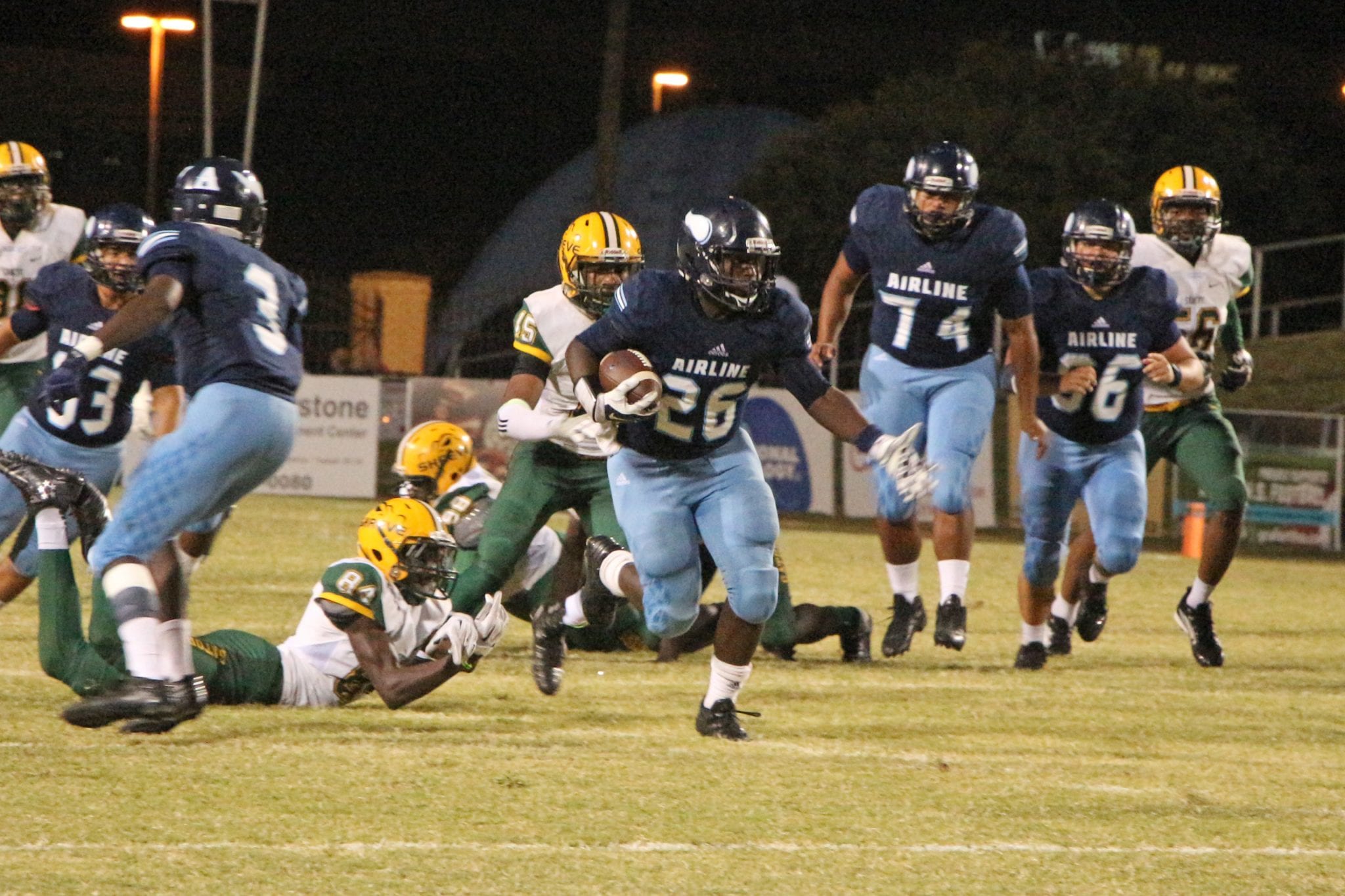 A motion to proceed with artificial turf fields at four Bossier Parish high schools has failed.

Bossier Schools Superintendent Scott Smith said this item has been the most divisive issue he’s seen in his eight years at the central office.

“This has been very trying for everyone,” Smith said. “I’ve heard both sides and there are both pros and cons.”

The project was for new turf fields at 5A schools Airline, Haughton and Parkway as well as Bossier High. An updated cost estimate showed the price of the fields to be about $5.5 million.

Frank Kelly (Dist. 3) voted against the motion because the school system has “significant unmet needs” in facility infrastructure. Glen Bullard (Dist. 6) said spending money from the 2012 construction bond on turf fields is not what the money was intended for.

Barbara Rudd, former Bossier Parish School Board member, attended the Jan. 19 meeting and said she feels responsible for how the money is spent.

“The bond issue you’re working from was passed by the taxpayers of this parish when I was on the board,” she said. “We told taxpayers that this was to make room for the population growth in our parish and needs that the schools had in order to properly house and educate their students. Nowhere did we mention turf fields.”

“It’s almost like a bait and switch deal,” she said. “There are needs in our school system that must be met. Use this money for what taxpayers voted it to be used for. It’s the right thing to do.”

“They were there when I went to that school,” he said.

Dennis Bamburg (Dist. 12) questioned why a solution to replacing temporary buildings was not a  priority for the previous board.

“The temporary building issue became an issue after some projects were taken care of,” he said. “All of a sudden, we talk about athletics and now people want to talk about it. Why wasn’t that discussed when we first got on the board?”

Keith Norwood, Supervisor of Planning and Construction for Bossier Schools, said the studies have been done and the design phase is complete. Everything was ready to move forward with the bid process until the board’s last vote.

There’s still hope for one school, though. The school board did approve the reallocation of $1 million from the City of Bossier City for a new track at Bossier High School to be used for an artificial turf field. It’s now up to the Bossier City Council.

If the council approves the reallocation of funds, Bossier High School would have the first Astro turf field in the parish, and it would not come from tax payers dollars.

Mike Mosura (Dist. 5) said investing in a field at Bossier High would have an economic impact on the area.

“We have an opportunity in that area to do something extraordinarily special and something that will be recognized, not just in our city, but regionally,” he said. “One of the things you’re going to see in the near future is a push for creative and innovative thinking. This is forward thinking and against the grain, but it’s something that will stand out and put us on the map.”

“If the city should decline, we have a binding contract that says we receive $1m for constructing a track,” he said.

Now that the turf war is over, Billie Jo Brotherton (Dist. 1) hopes the board can move forward.

“We have voted. It’s now over,” said. “We should move on. There should be no hard feelings with anyone on this board.”