Do you know a Louisiana law enforcement officer who performed an extraordinary act of kindness that went beyond what is expected in the line of duty? 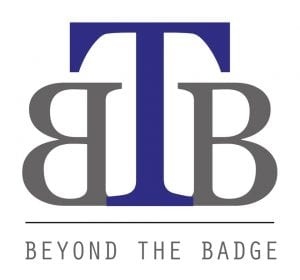 Beyond the Badge was founded in 2016 by Baton Rouge resident Linda Hull to recognize law enforcement officers in her community who perform acts of kindness beyond that required by their oaths of service.  At a time when there has been so much negative attention directed toward law enforcement in general,  Linda’s original vision has evolved into an effort to shine the light on the good done by Louisiana’s law enforcement officers.

Nominations may be made by anyone — supervisors, fellow officers, citizens, family members, friends. Nominees must be employed in the state of Louisiana as police officers, sheriff’s deputies or state troopers.

Nominees must have performed acts of kindness that were not required of them in their regular duties as law enforcement officers. Nominees will be considered for acts performed while on duty or off, and whether or not they were in uniform at the time.

Nominations will be accepted until January 31 for acts performed during the previous calendar year.  To submit a nomination online, or to make a donation to Beyond the Badge, visit www.beyondthebadgelouisiana.org.

Beyond the Badge is operated entirely by citizen volunteers and funded by corporate and private donations.  Beyond the Badge is approved as a 501(c)(3) nonprofit organization and is registered with the Louisiana Secretary of State.