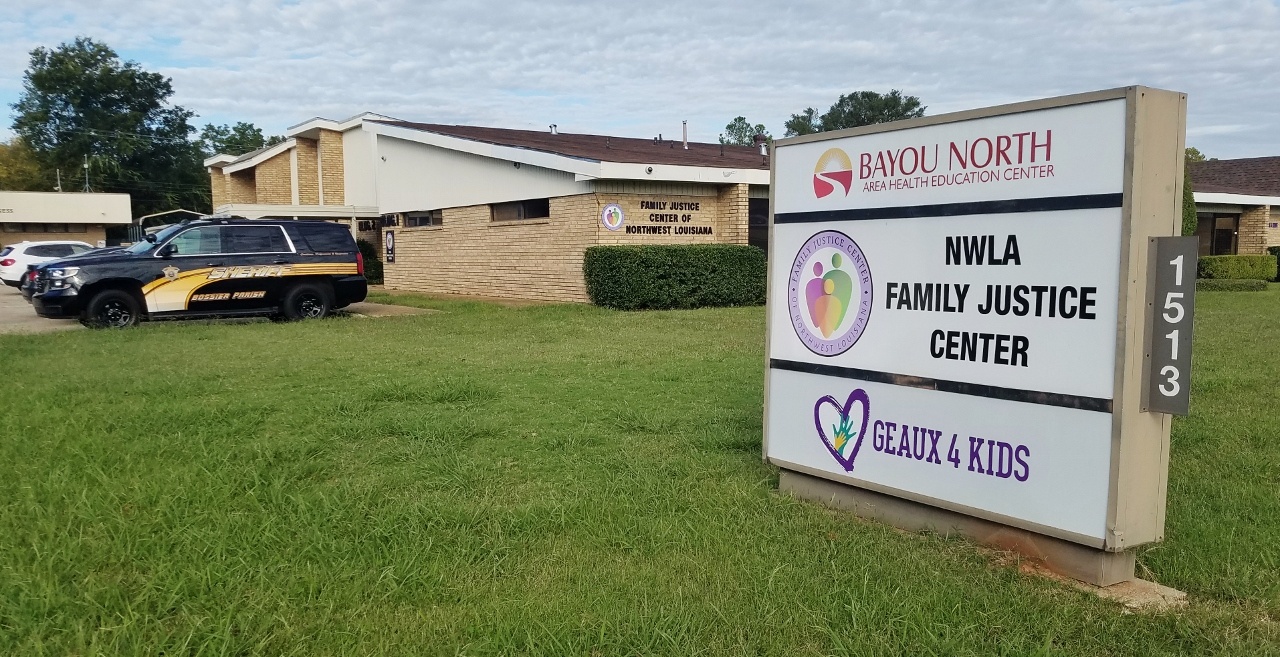 The idea of NWLA FJC began more than 10 years ago to provide centralized services to victims of domestic violence right here to northwest Louisiana. Bossier/Webster Parish District Attorney Schuyler Marvin had a vision to develop a one-stop shop to help coordinate various services for domestic violence victims, yet he “did not want to duplicate services that were already being provided by churches and other places that helped people in need,” he noted.

In late 2007, the 26th District Attorney’s Office, along with community collaborators, submitted a formal request to the Louisiana Commission on Law Enforcement (LCLE) to establish the Family Justice Center. Willis Knighton Health Systems donated office space, and with continuing workshops, meetings, community partnerships, the idea became a reality. Assistance from other family justice centers helped develop the structure for the operation, and in early 2016, a grant through the Victims of Crime Act provided the funding that allowed the NWLA Family Justice Center to open its doors.

Bossier Sheriff Julian Whittington has been in law enforcement for more than three decades and has seen the tragic impact that domestic violence has on victims and their families.
“The court process can be lengthy and burdensome, and some give up, thinking it might take too long,” said Sheriff Whittington. “The Family Justice Center can help cut through all that and directly help victims get the services they need.”

Jeri Bowen serves as the director for the NWLA FJC, and the vision of the center to become a central source to aid victims of domestic violence has become a reality. The center is located at 1513 Doctors Drive in Bossier City and is a collaboration with public and private agencies. NW FJC serves nine parishes in Caddo, Bossier, Webster, Bienville, Claiborne, DeSoto, Jackson, Sabine and Red River. Their normal office number is (318) 584-7171, and the after-hours hotline number is (318) 226-5015. The website is https://nwlafamilyjusticecenter.org/.