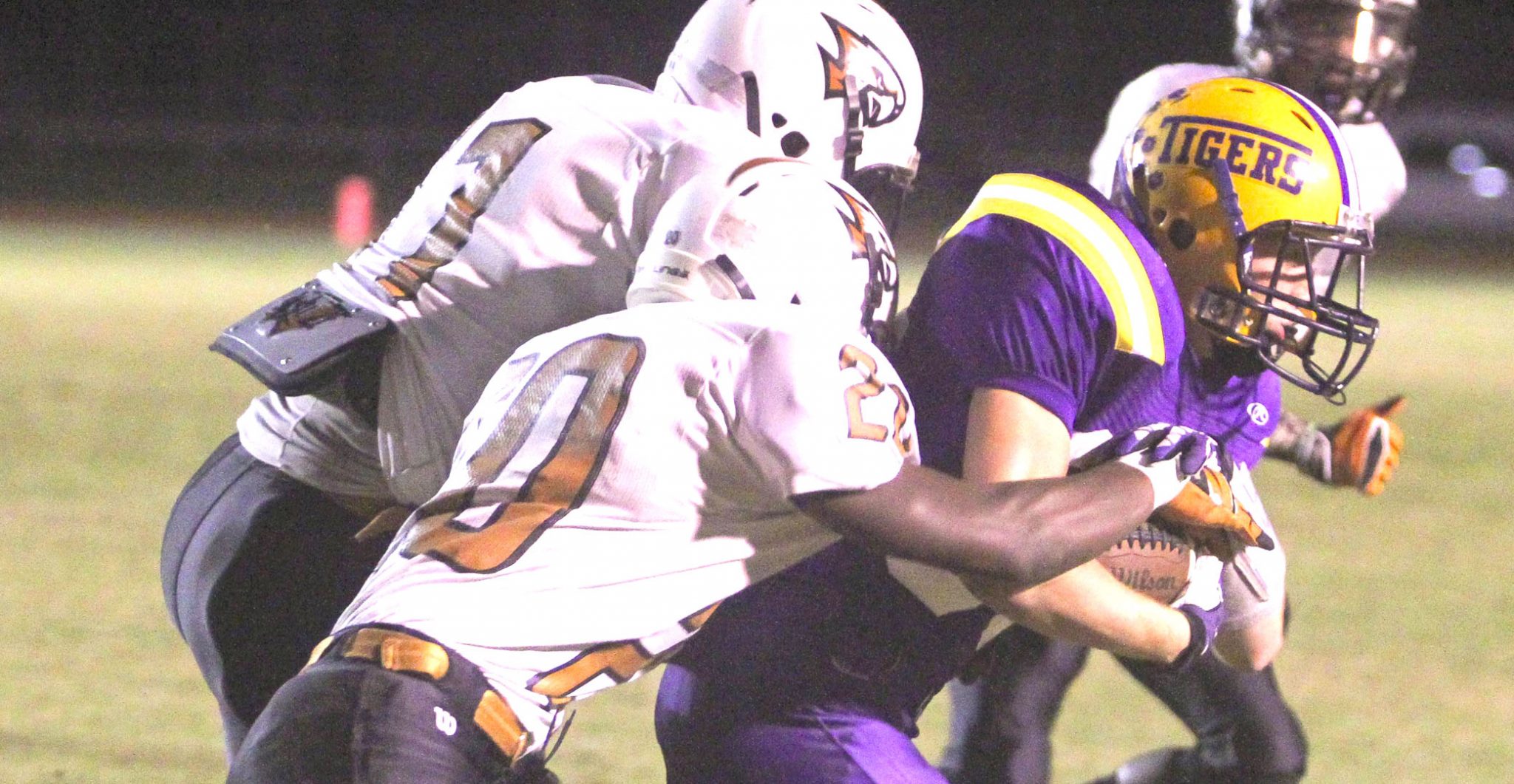 Judging by the final score, you might think the Northwood Falcons didn’t have much of a problem defeating the Benton Tigers Friday night in Benton.

That would be a mistake.

Yes, the Falcons won the District 1-4A contest 34-14, but it was much closer than that.

In fact, the Tigers led 14-13 in the third quarter after Jordan White returned an interception 83 yards for a touchdown.

But the Falcons quickly answered, regaining the lead for good on a 92-yard pass from Jerrick Peterson to Martavious Washington.

Northwood then pulled away with two more touchdowns in the fourth quarter.

Benton dropped to 4-5 overall and 3-3 in district. Northwood improved to 8-1 and 6-0. The Falcons clinched the District 1-4A championship for coach Jim Gatlin, a former Parkway head coach.

Benton came into the game ranked No. 20 in the LHSAA’s Class 4A power ratings. So even with a loss against Huntington Friday, the Tigers could still make the playoffs. Of course, Moore doesn’t want his team to back in.

“We want to play our way in the playoffs,” he said. “All we can ask is for a chance at the end of the year.”

Moore said he thought the Tigers had every chance to beat the Falcons, especially after White’s interception return.

“You feel like it’s turning there and you’re going to be OK,” he said. “Both teams played really hard, but we just didn’t make the plays when we had to especially on offense.”

Northwood’s defense made it tough on Benton quarterback Jordan Shaffer and the offense.

Shaffer had one of his lowest outputs of the year, completing 18 of 31 passes for 130 yards and two interceptions.

“We just couldn’t do anything offensively,” Moore said. “We had some dropped passes, but they made it very, very difficult for us. They had big, fast guys that played us man coverage most of the night. We never forced them to do anything different or made an adjustment. That makes it tough when they are able to do what they want to do.”

TJ Anderson had 102 yards rushing, but 84 of that came on a touchdown run for the Tigers’ only points in the first half.

Kordy Stewart had a solid night with seven catches for 75 yards.

Peterson had a big game for the Falcons, completing 20 of 35 passes for 339 yards and three touchdowns, including one of 50 yards in the fourth quarter.