In January 2008, we took office just as our country was plunging into the deepest national recession in decades. Our nation lost millions of jobs, and most states still haven’t recovered their pre-recession employment levels.

To ensure that we weathered the recession better than other states, we set out to improve Louisiana’s business climate so companies would want to invest here and create jobs for our people. We immediately got to work on overhauling ethics laws, cutting taxes, revamping our workforce development programs and reforming our education system so that we could create a competitive business climate.

Thanks to these reforms, Louisiana now ranks higher in every national business-climate ranking than it ever did prior to 2008, and tens of thousands of job opportunities are being created in Louisiana so that our people don’t have to leave home to pursue their dreams. 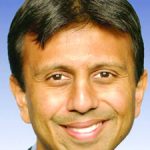 The $975-million Benteler Steel/Tube project is one of the largest manufacturing projects in the region’s history and will result in more than 2,200 new direct and indirect jobs. We contributed $57 million that helped win the 1,000-job Global Strike Command at Barksdale Air Force Base, and we attracted an innovative manufacturing project and corporate headquarters relocation with Ronpak, which is creating 275 new direct jobs at The Port of Caddo-Bossier. Collectively, we recruited $2.2 billion in new capital investment that is resulting in nearly 13,000 new jobs for Northwest Louisiana, including major investments from Coushatta (ADA Environmental Solutions) to Simsboro (St. Gobain Containers).

The success in Northwest Louisiana is part of an emerging statewide economic resurgence. Overall, since 2008, we have secured economic development projects adding 83,000 new jobs and $54 billion in new capital investment in Louisiana.

Louisiana’s economy is continuing to thrive as we continue to outperform both the national and Southern economies. In May, we set an all-time record for private-sector employment in Louisiana.

Since January 2008, job growth in Louisiana ranks second best in the South and sixth best nationally. In just the last 12 months we’ve added 38,900 new jobs, and we are one of only a handful of states with more jobs today than before the recession started.

Louisiana’s GDP has grown by $36 billion since 2008, representing growth that is nearly 50 percent faster than the national GDP.

Per capita income in our state has grown by more than $3,600 during the last five years and it’s at its second-highest ranking in more than 80 years.

This is good news, but our work isn’t finished yet. Now that we have created an environment where businesses want to invest and thousands of jobs are being created, our next big challenge is ensuring that we can develop the skilled workforce to meet the demands of the booming job market.

Over the next few years, Louisiana will experience the biggest manufacturing expansion on record since the 1960’s and 1970’s. Our entire state will need to train workers to fill at least 86,000 industrial construction jobs – including craft workers, as well as engineering, management and support staff.

This is what some call a good problem to have. The bottom line is that Louisiana is undergoing an economic renaissance where thousands of job opportunities will be available for our people so they can pursue their dreams at home.

Bobby Jindal is Governor of Louisiana.