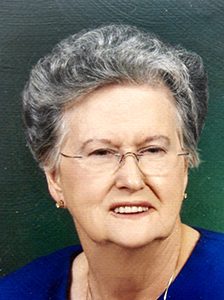 Mrs. Harvey was born on April 10, 1927 to Mont Day and Bertia Estelle Warner Pearson in Magnolia, AR and passed away on Wednesday, January 7, 2015 in Springhill. Mrs. Harvey was a lifelong resident of this area and a faithful member of Springhill United Methodist Church.  She worked at Shurtleff’s Sewing Center for 19 years. She was also a caregiver, CNA, for twenty years and will be remembered as a loving mother, grandmother, and great grandmother.