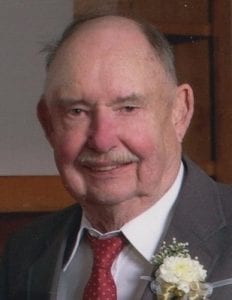 HAUGHTON, LA – Services celebrating the life of Alan M. Anderson will be held at 10:00 a.m. on Thursday, February 25, 2016 at Hill Crest Memorial Chapel with Pastor Sig Kunz officiating. Interment will follow at Hill Crest Memorial Park. The family will be receiving friends for visitation on Wednesday, February 24, 2016 from 5:00 p.m. until 7:00 p.m. at the funeral home.

Alan joined the Air Force in 1951 and retired in 1973. He served as a Veterinary Technician. His tours of duty included South Korea and Spain. After retirement he was employed as a small engine mechanic for Reeves Marine.